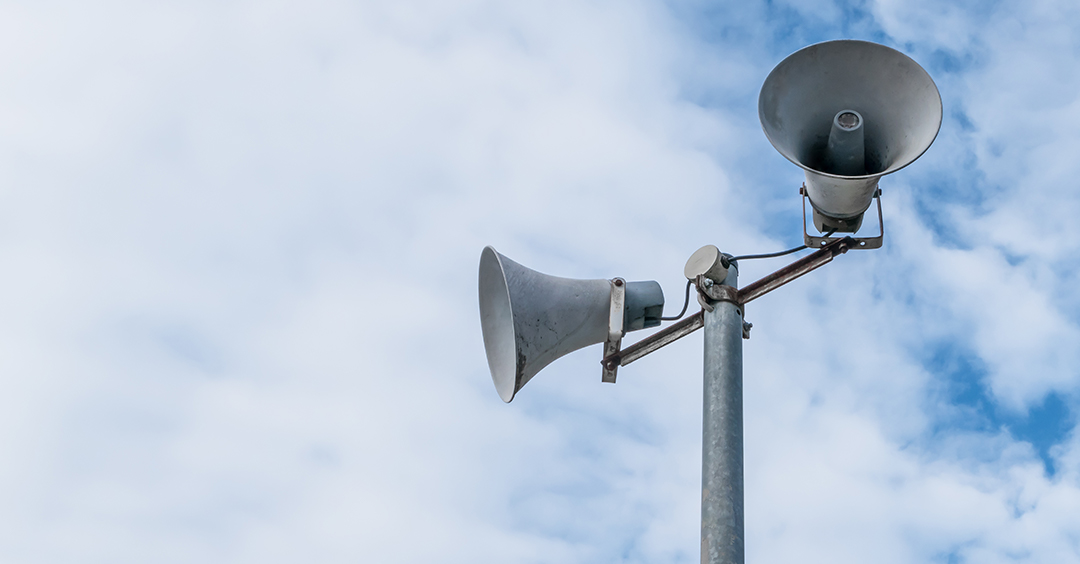 Jim was spending his first night as a college student. As he began to fall asleep in his dorm room, he was suddenly awakened by a frightening sound. A train whistle blew, and the train was coming right through his room. Well, at least that's how it sounded to this particular college student. It turned out that the railroad tracks were right next to his dorm. That's probably why they put freshmen there, right? Well, Jim found it pretty challenging to slip into la-la land for the night when it sounded like a train was roaring through his room. I said, "But I'll bet you eventually got used to it, didn't you?" He said, "Well, after a while, I didn't even notice the train anymore!"

I'm Ron Hutchcraft and I want to have A Word With You today about "Deadly Deafness."

Amazing, isn't it? What used to seem so loud to you becomes something you can eventually ignore totally. That's good if it's the sound of a train roaring by your room at night. It's bad if it's the voice of God you don't hear anymore. And the more you've been around the Word of God, the greater the danger that you may be developing the most deadly form of deafness in the world - deafness to the God you cannot afford to miss.

Our word for today from the Word of God is a sobering warning about this deadly deafness. Hebrews 3:7 says, "Today, if you hear His voice, do not harden your hearts."

Every time you hear about what Jesus did for you on the cross and you do nothing about it, your heart gets a little harder. We wouldn't know that if God didn't tell us that in the Bible. This hardening of your heart is gradual - almost imperceptible - but it's very, very real and very, very dangerous. Proverbs 29:1 tells us that the one who continually ignores many warnings from God "will suddenly be destroyed - without remedy."

The Bible gives us a disturbing example of this danger in the story of Pharaoh. Moses continued to deliver a message from God to Egypt's king and he continued to disregard it. The Book of Exodus tells us that "Pharaoh hardened his heart" (Exodus 8:14; 8:32). After all the times Pharaoh heard and rejected God's message, the Bible tells us that "the Lord hardened Pharaoh's heart" (Exodus 9:12). He reached the point where he could not respond to God because of all the times he would not respond to God. Ultimately, Moses says, speaking on God's behalf, "I will never appear before you again" (Exodus 10:29).

If you sense any stirring in your heart toward Him right now, there's still time. You can still believe, because God has come to draw you to His Son at least one more time; at least this time. When will it be too late to choose Jesus? Only God knows. What we do know is that today is your only guaranteed opportunity to make Jesus your own Savior from your own sin; to change your eternal destination from hell to heaven.

It starts when you tell Jesus, "I'm Yours, Lord. I believe when you were dying on that cross it was for me for my sin. I believe you're alive, and I want to begin my relationship with you. You're my only hope. I have no hope but You and what You did on the cross for me."

I'll tell you, it would be my great privilege to help you make sure that you belong to Him. That's what we do at our website. It's ANewStory.com. It could be that your new story could begin there today! I hope you'll check it out.