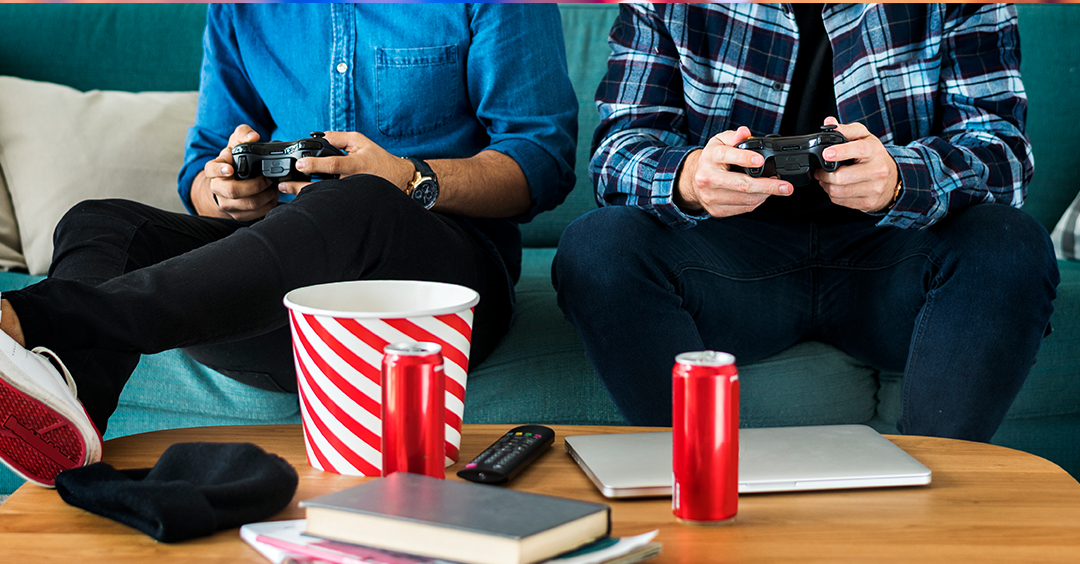 Nobody ever said college guys are going to win the Good Housekeeping Seal of Approval. Right? I mean, entering many of their dorm rooms is only for the very brave, and those with a strong stomach. Where is Mom when you really need her?

When our son was in college, I encountered a new low in dorm housekeeping. When I complained that I thought intermediate life forms were growing in our son's bathroom, he said, "Oh, Dad, you should see the guys down the hall." And when he described their bathroom to me, I actually had no desire to visually confirm his report. It was early spring, and these men had managed to avoid cleaning the bathroom floor since the very first day of the school year.

As the floor became more and more disgusting, it became obvious there was only one logical remedy. Yep! No, no, not cleaning it. They got 2x4 boards and covered it! Now, if you stop listening right here, I don't blame you. But don't.

I'm Ron Hutchcraft and I want to have A Word With You today about "Cleanup or Cover-up."

Okay, covering your mess instead of cleaning your mess. That's not a new idea. People have been doing that with their sin for a very long time. Rather than facing that we've sinned against God and against others, we'd rather just conceal it.

There are lots of ways to put off reckoning with your sin. We can rationalize it, finding some skillful but hollow way to excuse what we're doing. We can try to minimize our sin or blame it on someone else. We can fool ourselves into thinking that if we can successfully cover it up, we're in the clear. But as our word for today from the Word of God says in Proverbs 28:13, "He who conceals his sins does not prosper."

And then there's this reality check from Proverbs: "A man's ways are in full view of the Lord, and He examines all his paths. The evil deeds of a wicked man ensnare him; the cords of his sin hold him fast. He will die for lack of discipline, led astray by his own great folly" (Proverbs 5:21-23). Man, that reads like a commentary on the headlines that we may have seen about political, or financial, or athletic stars who thought they could cover it up rather than clean it up.

When the confession is ultimately forced by public discovery, you tend to hear words like "my inappropriate behavior" or "indiscretions" or "mistakes." You don't hear "sin." But there's no real healing, no real resolution, no real freedom, until we're willing to own our actions for what they are - the trampling of the moral law of a holy God and the people we selfishly wound in the process.

King David was powerful enough to temporarily conceal his blatant adultery with the wife of a trusted friend. But he couldn't hide it from his own conscience or his God. He wrote: "When I kept silent, my bones wasted away through my groaning all day long. For day and night Your hand (talking about God) was heavy upon me; my strength was sapped as in the heat of summer." Sinful secrets just eat away at us like a metastasizing cancer.

But David found the cure. He said, "Then I acknowledged my sin to you and did not cover up my iniquity. I said, 'I will confess my transgressions to the Lord.'" Then he declares the liberating result of finally coming clean: "And You forgave the guilt of my sin...blessed is he whose sins are forgiven...blessed is the man whose sin the Lord does not count against him" (Psalm 32:1-5). See, that's what's so transforming about bringing your sin to the cross where Jesus died to pay for it. That's where Jesus says, "I will remember your sins no more" (Hebrews 8:12). It's God's spiritual shower. We can finally experience the awesome feeling you haven't had for a long time if ever - clean!

If you've never been to Jesus to have a lifetime of sin forgiven, knowing how He died to pay for it, do it today. Tell Him, "Jesus, I'm Yours. What You did on the cross is my only hope." Go to our website. There's a lot there that will help you get this settled - ANewStory.com.

Coming clean with your sin is doing the hard thing. But covering it is so much harder and so much more expensive.