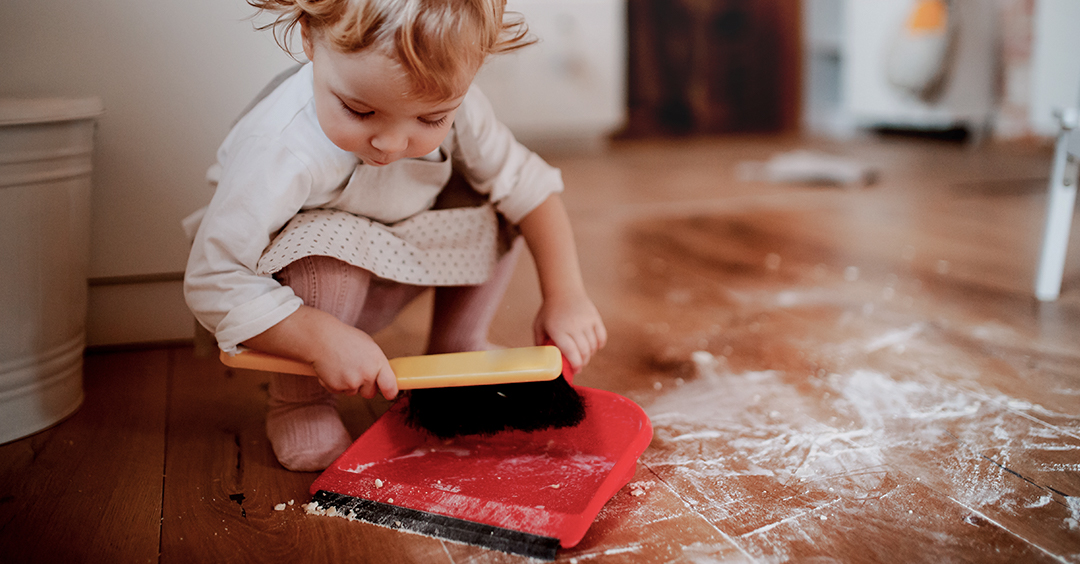 Marie was a teenage friend of ours, and Tom was the big guy she really cared about. It was a long-distance romance since she lived in New Jersey and he lived in the Midwest. So, needless to say, his visits were pretty special. And Marie knew he was coming the very next Friday. So on Wednesday she attacked her room trying to get it under control. She was at the point where she had everything in piles covering the floor, and she was in her grubby clothes, all hot and sweaty and grungy, and her hair's all matted down from the sweat. Suddenly, the phone rang. It was Tom telling her how much he was looking forward to seeing her. No sooner had she hung up than there was the man in her life standing at the door of her room. He had called from just downstairs. "Hi, Marie. Surprise!" She was flabbergasted, she was stunned, and of course, she was embarrassed at her condition and the condition of her room. All she could say was, "I didn't expect you to come this soon."

I'm Ron Hutchcraft and I want to have A Word With You today about "Caught Unprepared."

After describing what the world would be like just before He came back to earth, Jesus said in Matthew 24:42-44, our word for today from the Word of God, these words: "Therefore keep watch, because you do not know on what day your Lord will come. But understand this: If the owner of the house had known at what time of night the thief was coming, he would have kept watch and would not have let his house be broken into. So you also must be ready, because the Son of Man will come at an hour when you do not expect Him."

Unfortunately, a whole lot of people aren't ready to see Jesus. A lot of Bible scholars believe that the world we're living in today looks more like the kind of world that Jesus said He would return to than it has ever looked before: events in the Middle East, in Europe, natural disasters, the move toward one world religion, one currency, one leader, just the very existence of the nation of Israel. Years ago there was the "Left Behind" series of novels about the end times and for a long time they dominated best-seller lists with each new release. Well, in our kind of world, people can sense almost instinctively that something big is coming, and something's got to change. Maybe they even sense that Jesus is coming.

And whether or not He returns to earth in three months or 300 years, He is for sure going to come for you. He's going to come for me someday when our life is over. And there's only one way to be ready for Jesus, and that is to have every sin you have ever committed forgiven by God. That's possible only one way: by pinning all your hopes on the One who died to pay for your sin. John 3:36 makes it very clear: "Whoever believes in the Son (that's Jesus, the Son of God) has eternal life, but whoever rejects the Son will not see life, for God's wrath remains on him." You can reject Jesus simply by doing nothing. And believing in Him means you've told Him that you are placing your total trust in Him to be your Rescuer from your sin because only He died for your sin and only He can forgive it.

If you've never done that with Him, you're not ready to see Jesus but He has come to you this time so you can be ready. Right no you're not ready for eternity but you could be before this day is over if you would make this your day to begin your personal relationship with the Lord Jesus Christ. You could go to sleep tonight saying, "I am ready, I am safe, I belong to Him, I gave myself to Him. I am forgiven."

Do you want to begin that relationship with Him? That's why we've got our website. It's to help you know you have. Would you get there as soon as you can today? ANewStory.com. It's where a lot of new beginnings have taken place.

It's so important to be ready. Because once He comes for you, it's too late.