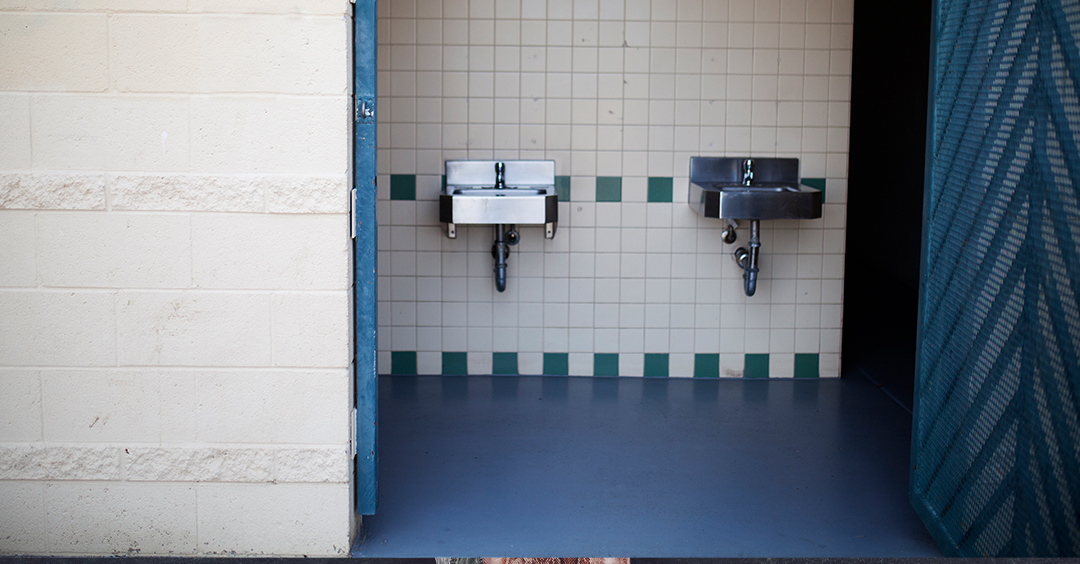 I was 12 years old. I was on a Southern vacation with my folks. I've never forgotten those signs I saw on the bathrooms: "Colored" "White."

See, we didn't have those signs in the racially mixed neighborhood where I grew up, so I didn't have a file folder for "colored" and "white." Jackie Robinson did. As America's first black baseball player in the Major Leagues, the baseball field was a battlefield. Before President Truman integrated the military, before Rosa Parks, and before Dr. King, Jackie faced a firestorm of brutal insults, racial taunts, and death threats. But he passed the test, and he helped open a door that helped change a nation.

I'm Ron Hutchcraft and I want to have A Word With You today about "Black and White and Jackie Robinson."

America was talking a lot about Jackie Robinson not too long ago. Thanks to the movie titled after his number - "42." We were discovering there the powerful human drama behind a decisive victory in America's long journey to racial equality and two brands of courage that are in short supply these days. Courage that is still game-changing in a family, or an office, a church, a school, on a team, in a neighborhood.

Branch Rickey - he was the Brooklyn Dodgers' General Manager in the mid 1940s - had the courage to sign Jackie Robinson. And in so doing, he shattered baseball's color barrier. His was the courage to defy a culture that's just plain got it wrong.

And, man, do we need that courage today to defy a messed-up "normal." Like letting children do and see and listen to what's popular but poisonous. Joining in - or just condoning by our silence - the gossip and the backstabbing. Compromising the divinely established fence around sex called marriage.

In a fateful three-hour meeting in the Dodgers' front office, Rickey told Jackie Robinson, "I'm looking for a man with guts enough not to fight back." And he showed him the words of Jesus: "You have heard that it was said, 'Eye for eye, and tooth for tooth.' But I tell you, do not resist an evil person. If someone strikes you on the cheek, turn to him the other also" (Matthew 5:38-39).

That's what Jackie Robinson did time and time again, and he opened a door no one could shut. In the face of endless provocation, he refused to succumb to the anger and the retaliating that was boiling inside. One man had the courage to defy a widely-accepted wrong. The other had the courage to deny his right to fight back, lash out, and hurt those who hurt him. That doesn't come naturally. It's got to come supernaturally.

Branch Rickey made it plain to everyone that the Bible was his playbook and Jesus was his Manager. Jackie had a history of doing damage to white people who insulted him, until a black pastor showed him a Jesus whose love really changes a man; a Jesus who didn't just talk about forgiving. He did it all the way to the cross where He died so we could conquer our inner ugliness called sin. That's who Jackie downloaded when he got on his knees every night to find the strength to do another day; a very personal, personal Savior.

See, Jesus is the One of whom the Bible says in our word for today from the Word of God in Philippians 4:13, "I can do all things through Christ who gives me strength." See, He changes a man from the inside out so that a man can change his world.

When you open your life to Jesus, you start to act like Jesus. He changes you in ways you could never change yourself. If you would like to experience that for yourself and the difference Jesus can make, join me at our website, ANewStory.com. You might be ready for a new beginning.