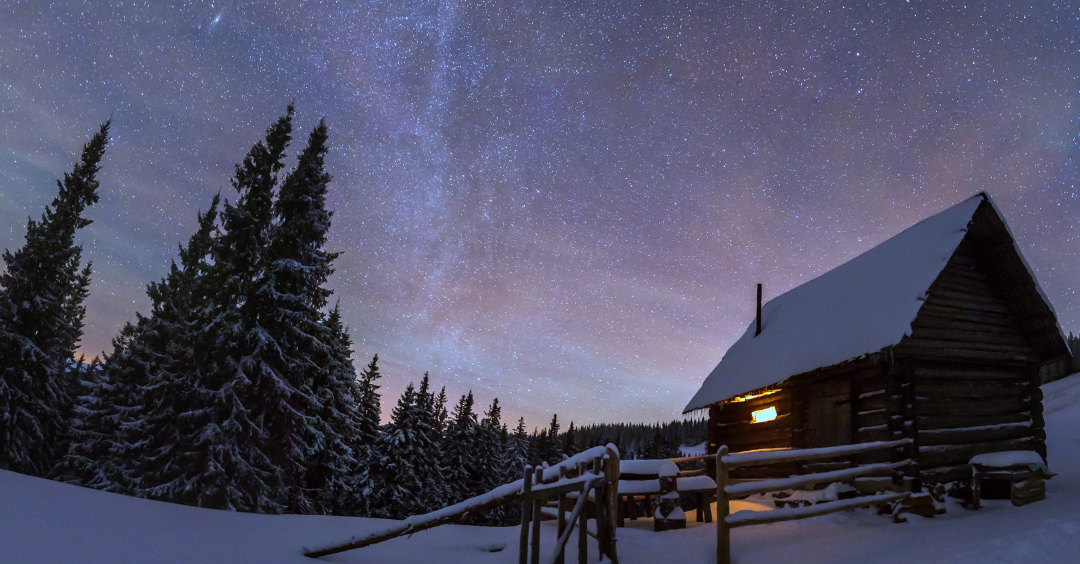 She was just seven years old; the lone survivor of a plane crash that killed her parents, her sister, and her cousin. The sheriff said "she literally fell out of the sky into a dark hole." They called her survival "a miracle."

This "miracle" survivor somehow crawled out of this upside-down wreckage of her dad's plane dressed only in shorts and a t-shirt on a winter night. She was shoeless. She had to go through brambles and underbrush. This what they called "remarkable" young girl navigated two embankments, a hill, and a creek bed in the dark.

And then the light. Actually, just a single security light on a house. When she knocked on that door, a kindly, grandfatherly man brought her inside. Then she was safe. One report said this: "He thinks his security light may have been a beacon." Yeah, a beacon for a little girl who had lost so much. But, thank God, she was alive.

I'm Ron Hutchcraft and I want to have A Word With You today about "Being a Person a Lost One Will Come To."

This story got me to thinking about who I need to be for people who've lost so much, whose world has suddenly crashed, who need someone to be a light - a "beacon" - in an otherwise dark night.

Actually, this is what my Jesus said I should be as His follower. It's actually in our word for today from the Word of God in Matthew 5, beginning with verse 14, "You are the light of the world. A city on a hill cannot be hidden. Neither do people light a lamp and put it under a bowl. Instead, they put it on its stand and it gives light to everyone in the house. In the same way, let your light shine before men that they may see your good deeds and praise your Father in heaven."

I've been thinking, what it means to be a light for people in my personal world. Well, it means being one person they know who is all about their need, not about my own. Who has time to listen. Who doesn't just ask the obligatory "How you doin'?" But who asks that second and third question to see if that obligatory "fine" is really how they're doing.

Being a light means being the one who refuses to hear or speak trash talk about anybody. Who protects a person's name when they're not in the room. Who builds a person up and never tears them down. Who says, "Thank you" and "I'm sorry" and "I was wrong."

It's always treating people, as the Bible says, "with gentleness and respect" (1 Peter 3:15). Not "turning off the light" by making them feel condemned or put down.

The "light" is the person who remembers a person's birthday, who checks on them when they're sick, who's at the hospital, or the wedding, and the funeral. Who drops what I'm doing when they're hurting. Who offers to pray with - not just for - them when God is needed so much.

So I ask myself: do people around me see me as "safe," the "go-to" person when it's dark, when it's lonely? Have I so lived that when they hit a wall, they'll think of me as a safe place to turn? I'll know it's because of the Jesus in me. Am I the light on the porch when people around me are feeling lost?

I can be for one reason. Jesus Christ has been that for me. As a dad who didn't know what to do, when there was no money, in the cold chill of that cemetery. When I was spiritually lost with no hope of heaven, because of running my life instead of God running it, I found one beacon in my storm - a cross and an empty tomb. It is, by the way, where you will find that same light, that same help, that same forgiveness; that light inside of you.

If you've never begun a relationship with Jesus, who changes everything by planting His love and His hope inside you so you could survive any storm, I'd invite you to go to our website and let me walk you through the way you can be sure you belong to Him. That's ANewStory.com.

Jesus said, "I am the light of the world. Whoever follows Me will never walk in darkness, but will have the light of life" (John 8:12). He's kept that promise for me every time. If someone in my personal world is wandering in the dark today, I just pray that they've seen the Light in me, because I want them to find a way home.