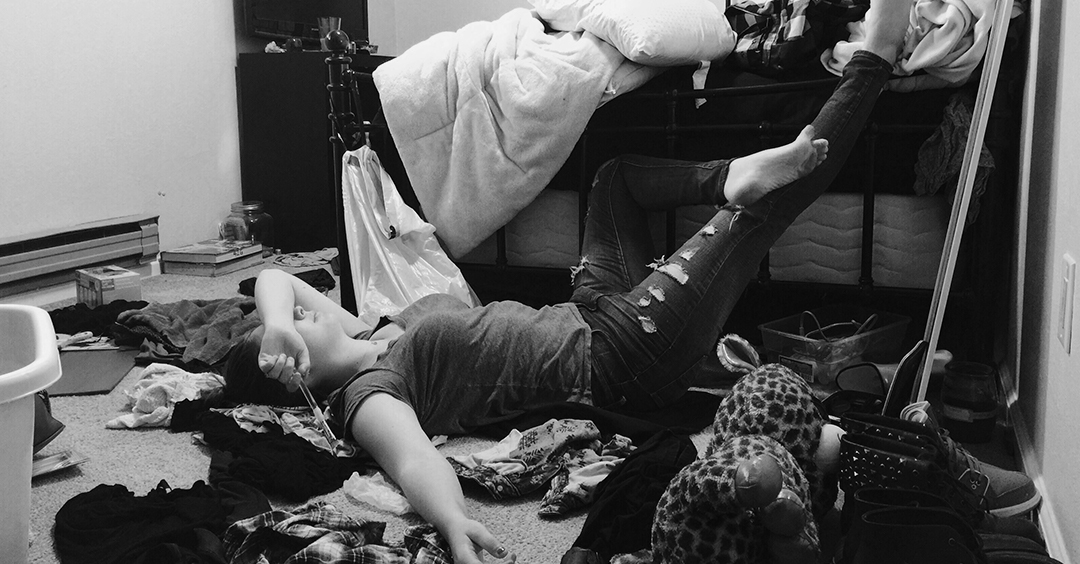 I'll never forget the day that our daughter volunteered to clean the house. Oh, it was a mess! No, no, it wasn't our house. It was the house her boyfriend and some other guys were getting ready to move into. Now the word "mess" might be an understatement. Four college guys had lived there before and they were guys who did a lot of partying and very little cleaning. So there were layers of dirt, there was trash everywhere, and there were holes in the walls. Officials from Washington were actually considering having it declared an official disaster area. Well, I saw our daughter at the end of the long day she had put in trying to clean this pigpen for the man she loved and ultimately married. She was beat, she was all sweaty, but she was satisfied. I said, "What kept you going all those hours, Honey?" She said, "Dad, it was really depressing to look at. But I guess I kept seeing what it could be."

I'm Ron Hutchcraft and I want to have A Word With You today about "'Becoming' Eyes."

I know someone who looks at people like that. He looks at you like that. Jesus has this amazing ability to look beyond whatever mess we may be right now and see what we could become with some work on His part.

Our word for today from the Word of God in John 1:42 shows us how Jesus has what I call "becoming" eyes; eyes to see what a person can become. He has just met Simon and it says, "Jesus looked at him and said, 'You are Simon, son of John. You will be called Cephas (which, when translated, is Peter).'" And Peter, by the way, means "the rock."

Now when other people looked at Simon they just saw John's son - "There goes John's son," or just another fisherman, or a man who was unstable, brazen, and impulsive. Others looked at Simon and they didn't see a rock, they saw a flake, but Jesus looked at Simon and saw Peter the rock. That's because Jesus has "becoming" eyes. He looks at you and He sees, not so much what you are, but what you could become. That's why He knew that John, a man whose temper made people call him a "son of thunder," would one day be the great apostle of love. When people looked at Jacob, they saw only the cheat that he was, but God saw the prince that he could be and started calling him that.

Aren't you glad that when Jesus looks at you right now, He looks at you through His "becoming" eyes? Maybe you've lived most of your life not feeling very valued by people. They've picked on your handicaps, they've emphasized your failures, or they've attacked your weaknesses. So you tend to think a lot more about what you aren't than what you are. Well, I want to invite you to look at yourself through Jesus' eyes for a moment.

If you belong to Jesus, you are being rebuilt. You are being remodeled by the Master Carpenter. He's done it in millions of lives for 2,000 years. You don't have to be what you've always been! Maybe this catches you on a day when you're feeling discouraged, or defeated, or small, but Jesus is still changing you! Sure, He sees the mess, but He sees beyond the mess and He wants you to.

Jesus sees the rock you can become, no matter what anyone else sees! It could be, like the song says, "all you have to offer Him is brokenness and strife, but He'll make something beautiful of your life"!