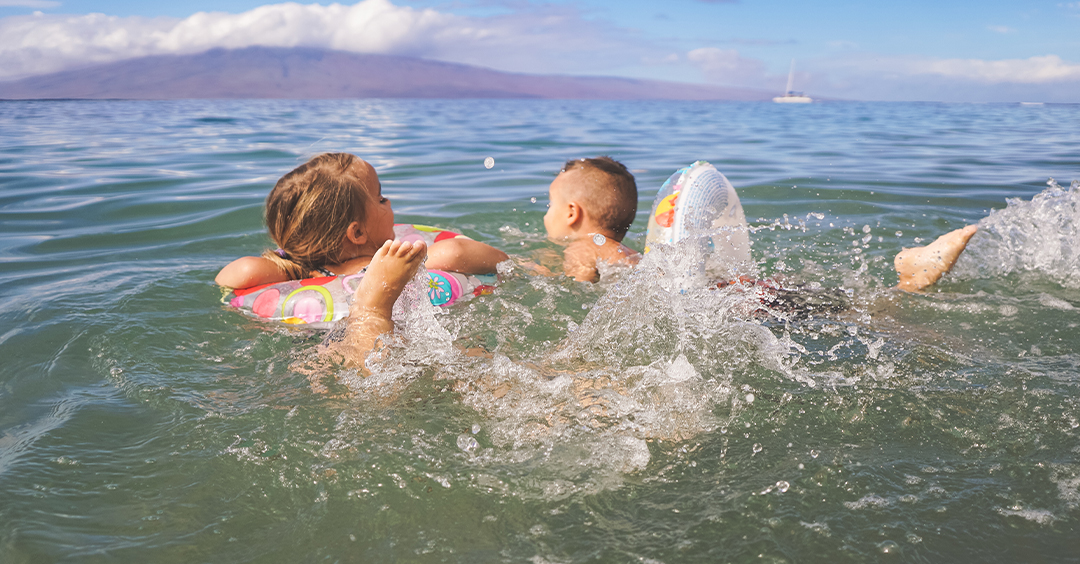 I was ten years old, and I had one of the most frightening moments of my life. I was out with some of my friends about my age in Lake Michigan. Some reason I panicked in the water and I started to go under. I can still remember it like it was today. I really, really felt like I was going to die. Now, unfortunately, my friends did not take my cries for help seriously. "Oh, there's Ron! He's clowning around again! He's goofing off!" I guess that's the price you pay for being a clown, which I guess I was...and I am. Well, I began to flail around; I was desperately trying to save myself. And someone, thank God, saw me. I mean, they saw I was really in trouble and they came to my rescue. And when they did, I quit thrashing, I quit trying to swim, and because I did they were able to rescue me obviously. You know why? I quit trying to rescue myself!

I'm Ron Hutchcraft and I want to have A Word With You today about "Answers at the End of Your Rope."

Our word for today from the Word of God comes from Mark 5. I'll begin reading at verse 25, "And the woman was there who had been subject to bleeding for twelve years. She had suffered a great deal under the care of many doctors, she'd spent all she had, yet instead of getting better she grew worse. When she heard about Jesus, she came up behind Him in the crowd and touched His cloak because she thought, 'If I just touch His clothes, I'll be healed.' Immediately her bleeding stopped and she felt in her body that she was freed from her suffering."

Well, here's a lady who had spent years, you might say, thrashing around trying to save herself, and every time she goes under. Then when she ran out of human solutions and earthly resources, she almost literally lunged for Jesus. Here's a desperate woman grabbing His robe and she got the answer that had eluded her for all those years. You know what? That's probably the only way you'll get your answer.

See, there's a condition that God can do the most with. It's called desperation. When I'm out of answers, I'm willing to admit I'm out of answers. At that point, you can choose to go to the Lord broken and powerless. But you know what? We usually have to be driven there. But there's no condition God can do more with than powerlessness. It's the most powerful position you could be in. See, we already are powerless; we don't have the resources. We just have to get to the point where we know it and we'll admit it.

Why do we wait until we're driven to the edge? We North American Christians have so many other resources we can trust in. Other believers in other parts of the world only have God. Actually that's all we have too.

Maybe you've been trying to plan an answer, or engineer an answer, politic it, manipulate it, talk an answer, work an answer, you prayed but not in desperation. You still have other things you're depending on. God's using this need to teach you one of life's sweetest lessons: Jesus is enough. He's the source. You learn that, not when you casually approach Him to help you, but when you lunge for Him, cry out for Him, come broken to Him, and grab His robe. It's only when you realize when Jesus died on the cross to become your Rescuer from your sin, because there was nothing you could do to rescue yourself, that's when you finally change your eternal destination from hell to heaven. That's where you finally experience having every sin of your life forgiven. That's where you get this peace of knowing that when you die you will be in heaven with Him.

Maybe this is that day for you - your day of personal rescue. Take it from a boy who almost drowned, thrashing around getting nowhere. As long as I was flailing around I was pretty hard to rescue. So are you. Your religion, your goodness, it will never get you to heaven. It can't possibly pay the death penalty for your sin.

I'd love to show you the way to begin that relationship with Him. That's what our website's for. Would you go there? It's ANewStory.com. When you know you're going down for the third time and you grab your Savior, you will finally be safe in those arms that have wanted to carry you all along.