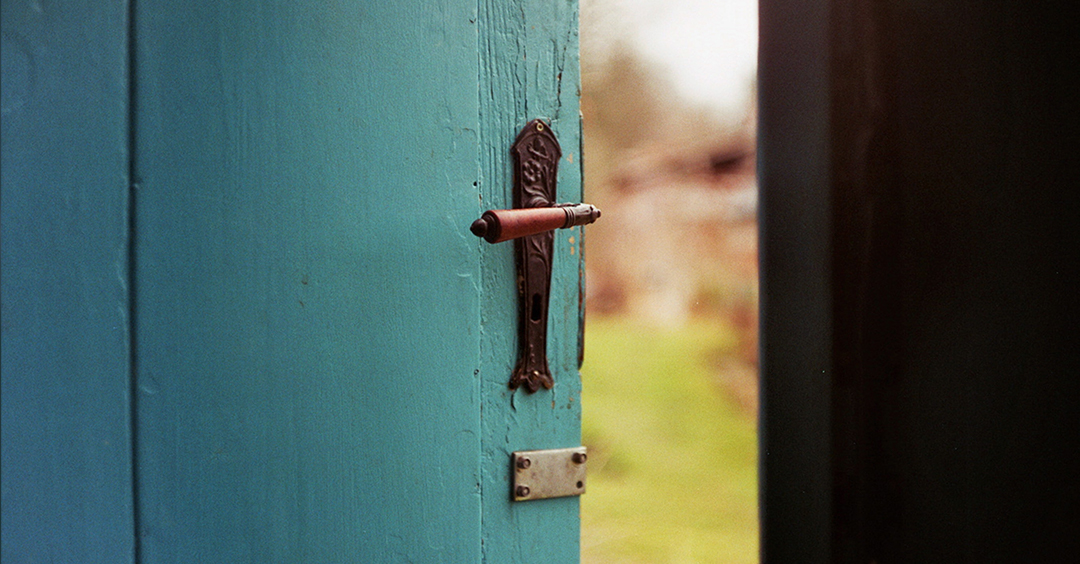 Our daughter and son-in-law and grandsons were visiting some out-of-state family members. Our favorite four-year-old at the time had gone outside to play. When he tried to come back in the house, he found the door had locked behind him. He tried other doors, but he was locked out, no matter where he went. So he yelled loudly, but it was a big house and no one was close by. No one heard the little guy. The longer he was locked out without anyone responding to his cries, well you can guess, the more desperate he became. And even though he eventually got in, the awful feelings that went with being locked out left a pretty deep and lasting impression.

I'm Ron Hutchcraft and I want to have A Word With You today about "An Open Door for Locked-Out People."

Unfortunately, that locked out feeling isn't unique to a child who can't get in. Many of us grownup children know that feeling all too well. Maybe you have felt locked out much of your life, like excluded, abandoned, unheard, unnoticed, invisible. You've been hurting, but no one seems to respond.

Maybe you've found a lot of doors locked for you. But there is a door that stands not only unlocked to you, but wide open. Inside that door is love and acceptance and worth greater than you ever could have hoped for. At that door stands the very Creator who made you, wanting to welcome you into a personal relationship with Him.

The very first book of the Bible tells the story of a woman who had been locked out by those among whom she had once belonged. Hagar was maidservant to Abram's wife, Sarai. God had promised Abram and Sarai a miracle child in their old age, but when God didn't do it fast enough for her, she suggested Abram sleep with her servant Hagar to conceive a child through this surrogate mother. Hagar became pregnant, but the ensuing tension between her and Sarai is described in the Bible this way, "Sarai mistreated Hagar; so she fled from her."

Now this expectant mother is all alone in the desert, essentially locked out of the family she had been a part of. In Genesis 16, beginning with verse 6, our word for today from the Word of God, the Bible says, "The angel of the Lord found Hagar near a spring in the desert ... the angel of the Lord said to her ... 'the Lord has heard of your misery.'" Experiencing the love and help of the Lord, it says, "she gave this name to the Lord who spoke to her, 'You are the God who sees me,' for she said, 'I have now seen the One who sees me.'"

That is the same Lord who knows your misery, who sees you in your situation, even if you've never given yourself to Him. He loves you. So much so, that He sent His one and only Son to die on a cross to pay the penalty for your sin. He's had His eye on you since before you were born. You matter so much to Him that He paid the ultimate price so you could get rid of the sin that keeps you from having a relationship with Him.

If you want to begin your relationship with this One who sees you, loves you, and wants you to belong to Him, would you stop wherever you are as soon as you can and say, "Jesus, I was made for your love. I believe when you died, you died for the sinning that I have done so I could be with you now and forever. And I am yours starting today."

You know, a lot of people when they've reached that point, they have gone to our website and found there what we have put there for someone at the beginning point of their relationship with Jesus. That website is ANewStory.com. Would you get there as soon as you can today?

You're on the edge of the love you've needed and you've yearned for all your life. Jesus died to unlock the door to that love. Don't go one more day without Him.