control your most important relationship acts 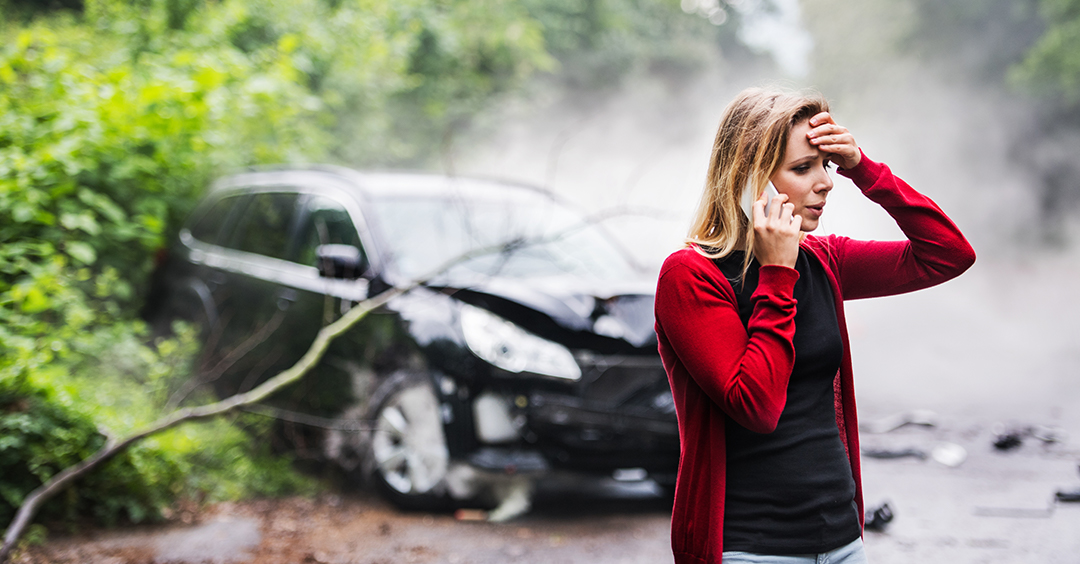 I have a friend who fixes bodies - auto bodies, that is. And the sign in front of his body shop always has a provocative bit of philosophy to make you think or make you smile. I have to make it a note to tell my friend about a radio commercial I heard one time. I heard this ad. They were actually advertising an auto body shop in another area. It just struck me as being a clever motto for somebody in that business. It just said, "We meet by accident." Pretty good!

I'm Ron Hutchcraft and I want to have A Word With You today about "Accidentally on Purpose."

The only way most people meet the folks at that auto body shop is by accident. No accident, you don't ever feel the need. Right? I got to thinking God could hang out a sign like that, "We meet by accident." An "accident," I mean something in our life that goes wrong and we can't fix it. That, for many of us, is the only thing that really makes us ready to get serious about what God wants. We don't run to God until we've run into something we can't handle, we can't fix, or we can't control!

And, believe me, God loves you so much He will literally do whatever it takes to get you to turn to Him. In Bible times, no one knew that better than a man named Saul of Tarsus, who eventually became the world-changing Apostle Paul. Saul was a Zealot committed to his understanding of "pure" Judaism. He was angry with this new sect that claimed Jesus was Messiah and Savior. He became, in essence, a hit man against these believers, determined to stamp them out.

In our word for today from the Word of God in Acts 22, beginning with verse 4, he reflects on what ultimately drove him into the arms of the very Jesus he had hated. He said, "I persecuted the followers of this Way to their death, arresting both men and women and throwing them into prison..."

Then, on a trip to arrest Christians in Syria, he says, "As I came near Damascus, suddenly a bright light from heaven flashed around me. I fell to the ground and heard a voice..." That voice was the voice of Jesus, whom Paul surrendered his life to that day on the Damascus road. He goes on to explain that after Christ commanded him to go into Damascus, "My companions led me by the hand into Damascus, because the brilliance of the light had blinded me."

Knocked from his horse, blinded, totally dependent - that's what it took to get Saul to turn to Jesus. You know, it takes much the same for many of us to finally get us to come to Jesus in total dependency. We've got to get knocked off our high horse, face the situation we can't handle, we can't fix, we can't solve. If you've hit something that hurts, or maybe something has hit you, it may very well be the way God is using to get your attention.

Maybe He used to be in the center of your life and you've let your rapidly spinning life spin Jesus right to the edge of your life. Maybe you've been running so fast you've run right out of God's will. Or you've just been too busy for Jesus. It could be you've lost your first love for Jesus. Maybe you've never actually opened your life to the Man who gave his life for your sin.

But you've been hit hard. And, in reality, it is no accident. It's God's way to strip you of your fatal independence and to bring you into His waiting arms and His wonderful plans. Most of us won't surrender control, though, unless and until we get knocked off our horse and unable to go another mile. But that's where so many have discovered what an awesome Savior Jesus is. You've seen what you can do with your life. Now it's time to see what He can do with it.

Start that today. You can have a whole new story in your life because of Jesus. And that's the name of our website. I encourage you to go there today. It's called ANewStory.com, because like for many, your new story could begin today. Just go to that website, ANewStory.com. You'll find there the information that could be your new beginning.

Look, you've got the pain. Don't miss the point! God has allowed you to be hit hard so you would come running into His arms, which is where you've belonged all along.