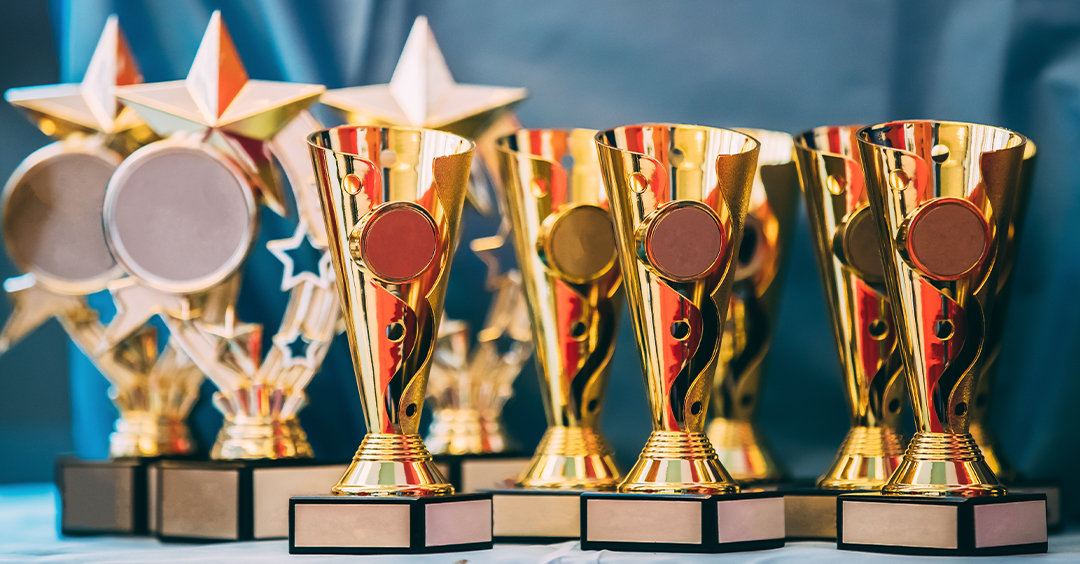 I don't talk about it much, because I don't want people putting me on a pedestal or asking for autographs. But the fact is I was the (Are you ready for this? Drum roll...) the champion of our county's 8th grade spelling bee. Yep, I even got a trophy. That's right.

Can't find the trophy though. No, I think the last time I saw it, it was broken. Of course, that's the problem with trophies. Just ask the University of Alabama football team. They won it all a few years back, including the national champion trophy. It was a $30,000 Waterford crystal football. I said was.

Over one parent's weekend, a player's father somehow (I could see me doing this) knocked it off its stand. It's not a crystal football anymore; it's a million little pieces. Once again, that's the problem with trophies. They break.

I'm Ron Hutchcraft and I want to have A Word With You today about "A Shattered Trophy."

All of life's prizes ultimately shatter and disappoint us. I remember one player on a past national champion football team saying how depressed he was the day after his sports dream had come true. Here's what he said, "When I saw that front page headline about us winning, all I could think was, 'My god just died.'"

Sounds like Alexander the Great. By the age of 33, he had conquered the then "known" world - a ton of trophies. But instead of being elated, he reportedly was darkly depressed. When an officer asked him why, he just said, "I have no more worlds to conquer."

One way or another, life's trophies seem to shatter on us. Oh, before we have our trophies in our hand, they look like they're worth whatever we need to do to get it. But then, they disappoint, they disillusion, they disappear. Like that football trophy, they're just like so breakable.

I suspect we all have a "trophy" we've pursued or are pursuing. You have recognition by some people or group that means a lot to you, a championship, a scholarship, a relationship, raising 'superkids', a dream home, a dream job, a dream person.

The problem, though, is that trophies tend to become idols; something or someone that pushes God from the center of your life to the margins, and that gets the best of your time, your talent, your treasure.

I've been giving a lot of thought lately to something John Calvin said, that "the human heart is an idol-making factory." Even your work for God can, at times, become an idol that usurps God's throne in your life. Your ministry can subtly become your master rather than your vehicle for loving Jesus. And suddenly you've got an idol, all wrapped up in Christian garb.

Trophies shatter because they become too important to us. It's the Demas syndrome. The Apostle Paul described Demas as his "fellow worker," a valued, spiritual soldier (Colossians 4:14). But then, in Paul's greatest hour of need, it says, "Demas has forsaken me, having loved this present world" (2 Timothy 4:10).

See, God loves us too much to let our idols stand. When the Old Testament Philistines hijacked God's sacred Ark of the Covenant, "they set it beside (their god) Dagon." When they went to the temple the next day, "there was Dagon fallen on his face on the ground before the Ark of the Lord." After they had set poor little Dagon up again, the next morning they found him "with his head and hands broken off, lying on the threshold" (1 Samuel 5:1-4). That's got to be really disturbing to find your god without his head! You know?

Well, when something becomes an idol, it's going to break on you. In our word for today from the Word of God, Jonah 2:8, it says it is because "those who cling to worthless idols forfeit the grace that could be theirs." Looking back, I see the broken pieces of some shattered trophies. And the wonderful discovery I've found in those fragments; the only real treasure is Christ.

The failure of our other "gods" points the way to the true God that we were made by and for. The God Jesus died to reunite us with. If you're tired of the disappointment, your heart's ready for Jesus; the Savior who died for you, who rose again from the dead, who's ready to come into your life and fill the hole only He can fill.

Which would make this a very good time for you to visit our website, ANewStory.com. Because the Bible says about Jesus, we are complete in Him.