purpose your most important relationship consequences matthew making a difference 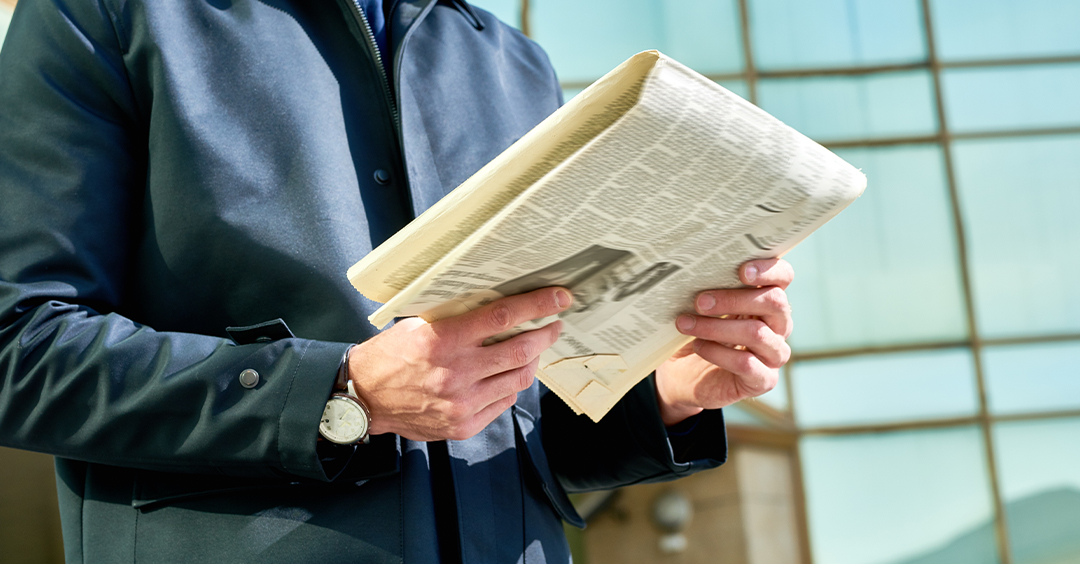 Well I love that my grandchildren love to hear my stories and sometimes my ideas. There's something about being a grandfather or grandmother. Because you've got a little distance. You're not the one making all the rules all the time and enforcing them at home. And I even see sometimes and I know of some young people who are choosing roads that are kind of scary. I know they are probably going to lead to a sad outcome. And I think to myself...as a grandfather, what would I tell them if I had the chance? What would I write them as I would say to one of my own grandchildren. And that brought me to a place where I kind of wrote down what I would call "Three Big Ideas From a Grandfather's Heart."

I'm Ron Hutchcraft and I want to have A Word With You today about "A Grandfather's Three Big Ideas for the Road You're On."

The first one is this: You're choosing a road, not just something to do.

One time I was driving from northern Arizona, straight south to Phoenix to see my little grandson in the hospital. When I got to Flagstaff, I picked a ramp. Two hours later, I should have been in Phoenix; I wasn't seeing Phoenix, I was seeing signs for California! Little did I know when I got on that ramp I was choosing a road that would take me where I did not want to go.

Life has a lot of "ramps" like that: deciding to hook up with someone, picking friends to hang out with, partying like you want because, 'Hey, I'm young, I want to have some fun! What's wrong with that? Trying stuff that helps you feel good or forget feeling bad.'

What we don't realize until it's too late, like "why am I in California?" is that we're choosing a road we'll be on for a long time, not just something to do right now. And if it's the wrong road, we're going to end up where we never meant to go; maybe in a courtroom, maybe in a destructive relationship, or just looking in a mirror and saying, "What happened me?" I don't want that to happen to you.

Jesus actually said these words, and it would be our word for today from the Word of God. It's in Matthew 7:13-14. "Enter through the narrow gate, for wide is the gate and broad is the road." Hey, that's a good one; an easy one to be on. Well he said, "that leads to destruction." Oh!, "and many enter through it. But small is the gate and narrow the road that leads to life and only a few find it." It's the destination that matters isn't it?

Here's Big Idea #2 - The calculator's always running. Temptation says, "Hey, forget the consequences." Reality says, "The bill is gonna come, man." Or, as the Bible says in Galatians 6:7, "Whatever you sow, you will reap." The harvest may not come immediately, but it's gonna come. We may not see it. We may not feel it. But that calculator is always running, and it's adding up the bill that's going to come for our choices.

Big Idea #3 - You're made for more. You can begin to get the idea that you're the "sun" and everyone else is the "planets" who revolve around you. That's not how we were created to live. Maybe you've discovered already that a world that's only as big as you are is a world that's too small to live in. "Me" living leaves you lonely, empty and hurting. "Laughing on the outside, crying on the inside."

If you want a hint of the "more" you were made for, listen to this. The Bible says, "All things were created by Him and for Him." It says that of Jesus. You were made to revolve around Him, not to have everybody revolve around you. And He died for you, and He rose from the grave to prove that He can conquer everything in your life.

It's time to aim your life in the direction it was created for. You want His love? You want His power? You want His forgiveness for the mistakes you've made? Tell Him, "Jesus, I'm Yours." Get to our website, we've got information, there, for how you can really have a new start. The website is ANewStory.com.

The poet said, "Two roads diverged in a yellow wood, and I took the road less traveled. And that has made all the difference." I pray you'll choose that road. You know why? Because I like happy endings.