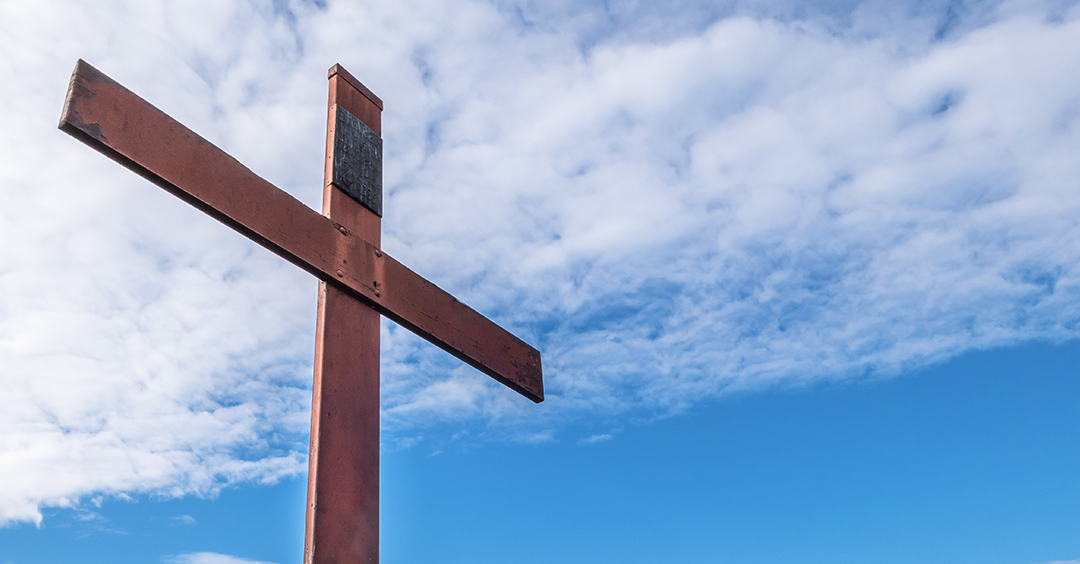 Well, that was a news story that got my attention some years ago. The missing cross was a six-foot tall metal structure that was embedded in rock and concrete, and it was perched high up on Sunrise Rock in the Mojave Desert. Veterans actually placed it there to honor those who've died fighting for their country. And wow! It was there for 75 years - no problem; suddenly - problem. People who didn't want it there argued against it all the way to the Supreme Court. And for the time being, the Justices said that it could stay. But then somebody just went up there and stole the cross. It's crazy.

I'm Ron Hutchcraft and I want to have A Word With You about "Who Stole the Cross."

As soon as I heard the story, something much more troubling hit me. The cross has gone missing a lot of places these days; places that matter a lot more to God than a mountainside in the desert. I've listened to lots of sermons and Christian radio programs, and sometimes I've heard little or nothing about Jesus' cross. I've heard lots of Christian talk about how to have a great marriage, or how to raise your kids, how to manage your money, how to have a good self-image, but somehow they never got to the cross.

I've heard some great Bible teaching that was deep and powerful, but the cross was on the margins or not even on the page. We'll talk a lot about important things like justice for the oppressed, compassion for the poor, and help for families, and God cares about all of that. But we never get to God's game-changer for a sin-broken planet, and that's the cross of Christ.

Sadly, I think of lost people I've known for a long time and talked to about a lot of things, but somehow I've never told them about the cross where Jesus died for them. I suspect I'm not alone. Too often, Christians talk a lot about their church or their faith, but not much about their Savior. Oh, yeah, somebody stole the cross...from our conversations, from our ministries, maybe even from the center of our hearts.

Oh, I know who took it. The one Jesus called "...the thief who comes only to steal, kill and destroy" (John 10:10). The devil hates the cross because as the Bible says, "having disarmed the powers and authorities, (Jesus) made a public spectacle of them, triumphing over them by the cross" (Colossians 2:15).

You know, Satan's death warrant is signed in the blood of Jesus. He knows the power of that cross. The oft-quoted Charles Spurgeon called the cross God's "magnificent magnet." And in our word for today from the Word of God in John 12:32, Jesus said this about His cross: "When I am lifted up...I will draw all men to Myself." No wonder Satan says, "Hey, go ahead. Talk about everything you want. Just don't mention that cross." Talk about your church. Talk about your faith. Talk about your family values. Don't mention the cross! The enemy of our souls knows its power and he does whatever it takes to erase the cross from our view.

Now, these veterans were outraged that the cross was stolen from that hill. We should be outraged! We've allowed Jesus' cross to be stolen from the center of our hearts, from our ministries, from our conversations. "The message of the cross," 1 Corinthians 1:18 says, "is the power of God." I need to be as passionate about elevating that cross as the world and the devil are about eliminating it.

I have the unspeakable privilege of taking a lost friend by the hand and walking with them up a hill the Bible calls Skull Hill, and standing there at the foot of an old rugged cross, and sharing with them the greatest love in the universe. "What He did there, my friend, was for you." Without that cross, there is no hope...there is no heaven.