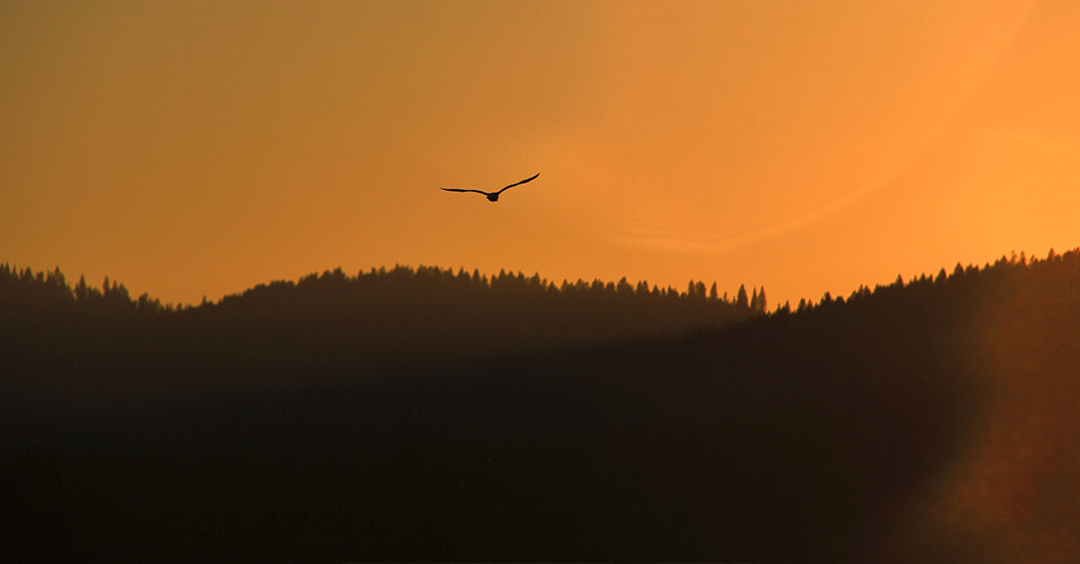 I always thought they were buzzards - but a friend of mine who grew up with them circling overhead told me they are officially turkey vultures. Excuse me. Most of us think of them as nature's garbage collectors, but on a past vacation I developed an appreciation for their grace in flight. Watching them every day I saw them soaring in these graceful circles above me. And, amazingly, they almost never flapped their wings once they were airborne! They ride the warm air currents that rise from the earth as the days temperature gets warmer. They seem to just go where the thermals carry them. And I've got to tell you, it's beautiful.

I'm Ron Hutchcraft, and I want to have A Word With You today about "Unflappable."

Some people live where they can watch eagles soar. I pretty much had to settle for turkey vultures. Apparently, Isaiah was an eagle watcher and one whom God had taught to live like one. It's our word for today from the Word of God - familiar words - Isaiah 40:30-31. "Even youths grow tired and weary and young men stumble and fall. But those who hope in the Lord will renew their strength. They will soar on wings like eagles (and maybe turkey vultures); they will run and not grow weary; they will walk and not grow faint."

These great soaring birds are ultimately not sustained in flight by the flapping of their own wings but by the currents that carry them. That's why they can go so far and so long. God's inviting us here to do a new kind of soaring - it's for those who hope, who trust in the Lord - because they realize their wings can't do it for them. The King James Version says it's "those who wait on the Lord." It reminds me of those turkey vultures; they wait for those thermal currents to carry them before they even tackle their day.

The problem is a lot of us are instinctive, addicted wing-flappers! I know. I am one. I can get it done if I make a good plan, motivate the right people, work enough hours, sacrifice enough sleep, have enough control. Listen to those wings flapping wildly in the wind! I'm flying as high and as long as my resources can carry me. For too many years I settled for that altitude. I settled for the stress of trying to make things happen myself.

But I'm learning something about waiting for God's thermals - to not push to make things happen, but to wait until the Lord does it in His way and in His time. This doesn't mean that you're totally passive sitting there doing nothing. You still plan, and prepare, and work hard, but only after seeing what God wants you planning, and preparing, and working on. The issue is this: do you think it's just your wings flapping that will get you there? No, it will be finding where God's current is going, and then you spread your wings to be carried that direction that day. That's what Jesus meant when he said "follow Me," checking with Him to see where is He taking you instead of trying to take Him where you want to go.

I watched those soaring birds and I asked God to help me fly as they do. Not carried by the flapping of my own wings, but only by those warm currents of God.