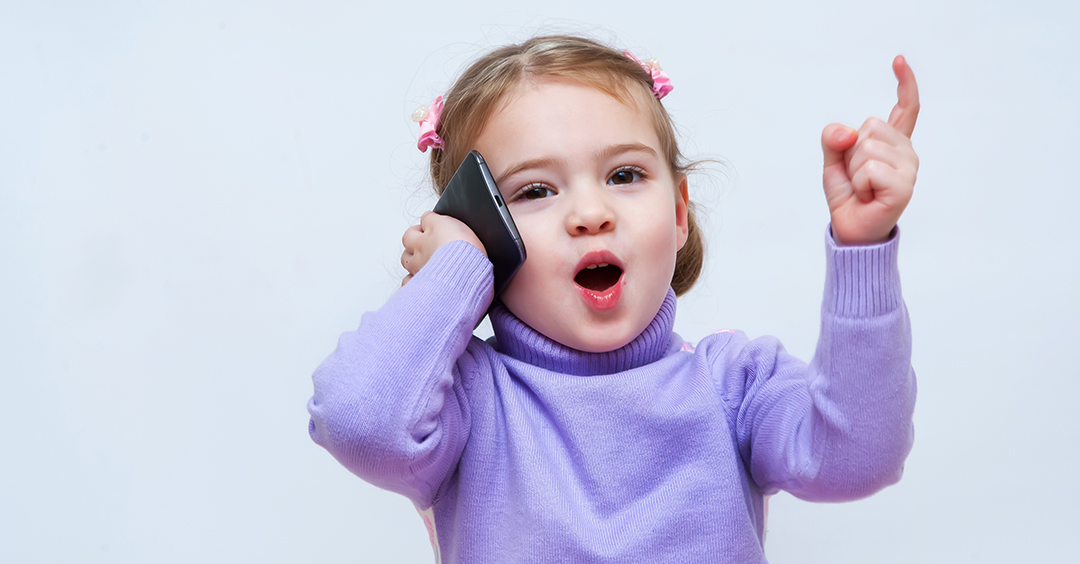 She's only four years old, and she wasn't supposed to tell. I was talking to one of my good friends on the phone. His little girl hears me on the radio, so she said, "Daddy, can I talk to him?" So we had a great conversation on the phone. For once I didn't get to say much. And believe it or not, she got on the phone and it was non-stop four-year-old girl talk. And in the course of telling me all about her family, she just blurted out, "And mommy has a baby in her tummy." Well, my friend came back on the phone rather sheepishly and said, "Ron, that's really not public news yet. We just found out! Grandma and grandpa don't even know. It wouldn't be good if you knew before they do. She wasn't going to tell that." I said, "Well, listen; I don't even know what she said. I forget." I just made it a point to forget it. "I'll really be happy when you tell me the news. Does that work?" So, actually, I think that little girl is great. She just can't sit on good news.

I'm Ron Hutchcraft and I want to have A Word With You today about "Too Good To Keep."

Our word for today from the Word of God comes from 2 Kings 7. It comes out of the time of Elisha when the capital city of Samaria is surrounded by the Aramean troops. And in chapter 7, beginning in verse 3, we find out there are some men who really had nothing to eat, even more so than the people in the city, who had been besieged by this enemy army. These guys were desperate for food. They were starving to death. Day after day in the city and outside the walls, more and more people were dying of starvation.

And it says here, "Now there were four men with leprosy at the entrance of the city gate. They said to each other, 'Why stay here until we die?" And they decide to surrender to the enemy army. And they say, "If they spare us, we live; if they kill us, we die." They're like, "We're going to die either way, so we might as well give it a chance." Well, verse 8 says, "The men who had leprosy reached the edge of the camp and entered one of the tents."

What they don't know is this. God has performed a miracle and scattered the enemy army, and they have left their tents and their provisions. So it says, "They ate and drank and carried away silver and gold and clothes and went off and hid them. And they returned and entered another tent. Took some things from it and hid them. Then they said to each other, 'We are not doing right. This is the day of good news and we are keeping it to ourselves. If we wait until daylight, punishment will overtake us. Let's go at once and report this.'"

You get the message here? These people - these lepers - are saying, "We've got all this food. We're stuffed! We can't sit on this kind of good news." Sounds like a little four-year-old girl that we just talked about, huh? We can't sit on the good news. People are starving to death in our city. What a picture of American Christianity sometimes! We are spiritually in America the richest Christians in history. We've got more books, and concerts, and seminars, and recordings, and videos, and websites, and TV. But like the four lepers, we're stuffed.

Now, Jesus taught us in Luke 12:48, "To whom much is given" - well, you know the rest - "much is required." That's us. It's easy to be as the late singer Keith Green said, "Asleep in the light"...going to the meetings, holding offices, quoting verses, reading all the Christian best sellers, but having no meaningful impact on the people around us who are spiritually dying.

Here's my question, "When was the last time you personally shared what Christ did on the cross with someone else who doesn't know Him?" When was the last time you played a part in changing someone's eternity from hell to heaven? Maybe when you first became a Christian you did. Could it be you've just settled into the comfort zone now? You may be very busy...very busy in Christian work, but you're sitting on the Good News. You're enjoying the fellowship, but you're not accepting the responsibility.

A little girl with a brother or sister on the way has a lot to teach us. She knows some good news is too good to keep. And you have the only news that can change where people will spend their forever. Isn't that news too good to keep?