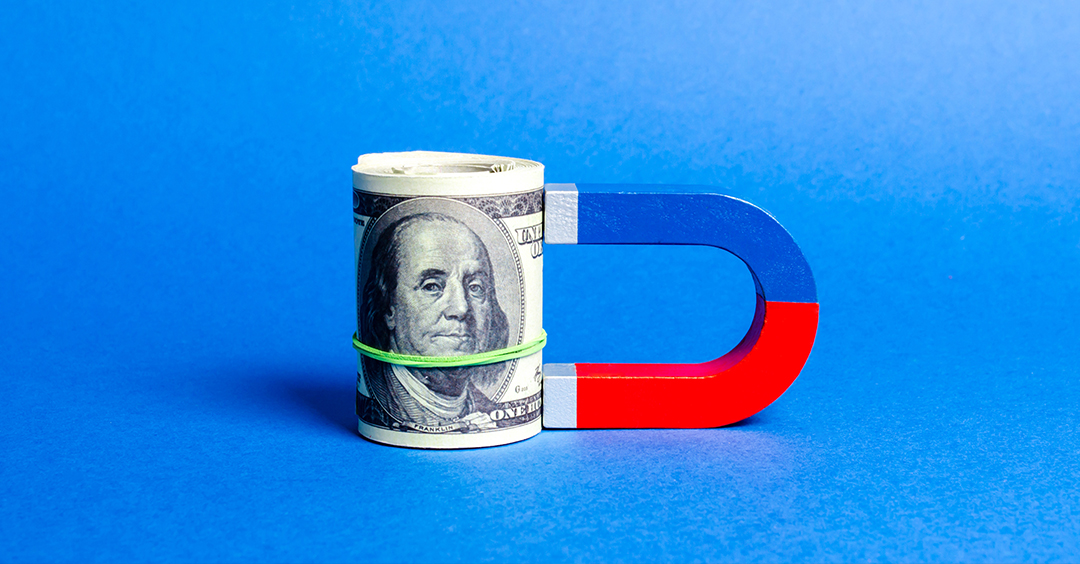 When my oldest son was younger, he collected baseball cards just for fun. Well, then that changed! Somehow it went from something just to spend your allowance on, to a hobby, to a serious collection, to where it became like a business. It actually helped him get through college! He kept figuring out which ones were going to be valuable, and then he would trade, and buy and sell. I can see why he worked on them a lot. And you know what? He spent many, many hours analyzing and categorizing, and strategizing his collection.

He told me, "You know, Dad, I used to do this just for fun. But now it's serious. I've got too much tied up in it. Well, you know, that's really true isn't it? The more you spend on something, the higher it ranks on your list of priorities?

I'm Ron Hutchcraft and I want to have A Word With You today about "The Ultimate Magnet."

Our word for today from the Word of God is in Matthew 6, and I'm going to begin reading the words of Jesus in verse 19. "Do not store up for yourselves treasures on earth where moth and rust destroy and where thieves break in and steal. But store up for yourselves treasures in heaven where moth and rust do not destroy and where thieves do not break in and steal..."

Now, your official number one in your life might very well be Christ and His Kingdom. But where's your money going? No matter how much you want to put Christ first, the money magnet will pull you in its direction. You'll almost be forced to make it a top priority because of what you've got tied up in it. Even a teenage card collector knew that.

It doesn't matter how much money you have. The question is, "Where are you putting the money that you have any choice about? Into what you live in, or some special recreation, or a car, a business? See, God's best was invested in a lost world; that's where His heart is. Would you put your resources into the cause for which God gave His Son?

By faith, would you start increasing how much you invest in reaching lost people by buying gifts for lost friends in your neighborhood for special occasions, having a dinner for them, giving them a book or a Bible, giving to Christian ministries that really reach lost people, helping to pay for outreach ministries in your church?

Remember, your heart's going to follow your money. So, put your money into getting the Gospel to people who don't know our Jesus; whose eternity depends on that message getting to them. And, as you do that, your burden will grow and your heart is going to be right where God's heart is.