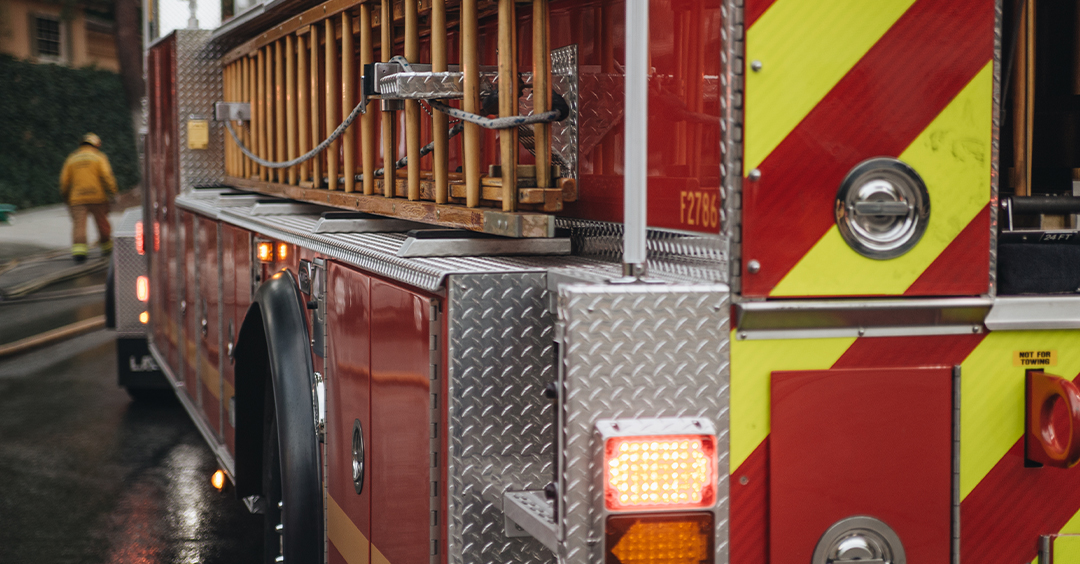 Tyler's story really touched me and showed me what makes someone a hero. In this case - an eight-year-old hero. Since he didn't have school on Martin Luther King Day, Tyler went to stay at his grandpa's trailer for the night. He wasn't the only one. Nine people slept that night in that little trailer.

Tyler woke up with a fire next to him. The blanket covering his four-year-old cousin was in flames. Tyler worked fast to get his loved ones out of that trailer. He and six of his relatives made it outside, but his grandfather and uncle didn't. And his disabled grandpa needed a wheelchair to get around. With Tyler's sister trying unsuccessfully to grab his hand, the little guy ran back into the house now engulfed in flames. He was not going to let his loved ones die in those flames.

I'm Ron Hutchcraft and I want to have A Word With You today about "The Single Difference That Makes a Hero."

Tyler's body was found next to his grandfather's and his uncle's in the next room. The boy's mom said through her tears (I saw this on the news), "It looked like he had his arms around his grandpa, trying to find a way to carry him."

The superintendent of the district where Tyler was a 4th-grader summed it up pretty well. "According to emergency personnel, Tyler was the person who discovered the fire and tried to wake eight other people in the residence at the time. In bravely and selflessly giving his own life, he was able to save the lives of six others and he is truly a hero."

At sporting events it's very common in our country. We hear the word "hero" bandied around a lot. But little Tyler truly shows us what the word really means - self-abandonment. From Tyler's trailer fire to the collapsing Twin Towers of September 11 and virtually every rescue we've ever heard of, that's the difference that makes a person a life-saving hero - caring so much about not letting people die that you forget about yourself. It's not about me; it's about the people in danger.

Not just people in a burning building but people we know. Who are today one day closer to an unthinkable eternity because they're one heartbeat away from having to pay the eternal death penalty for their sin. Which Jesus already paid! The Bible says, "The Lord Jesus gave Himself for our sins to rescue us" (Galatians 1:4). Hanging on a cross, He paid for our sin so we can trade the hell we deserve for the heaven we could never deserve.

In our word for today from the Word of God in Jude 23, God summons us this way: "snatch others from the fire and save them."

But sometimes we're with doomed people we know for years and we never tell them about our Jesus. They stay lost because we don't tell them the way home. And they'll be lost forever if we remain silent. It's because we're afraid; afraid they won't like us anymore, afraid of what they'll think, afraid we'll mess it up, afraid they might laugh at us or reject us. Did you notice all the fears that keep us from going in for the rescue have one thing in common? They're all about "me"; what might happen to me if I try to rescue them.

And that's where the hero difference can be the difference between heaven and hell for someone we care about. Self-abandonment; caring so much about not letting them die that you forget about yourself. Because you're more concerned about what will happen to them than what it might cost you.

I've stood by the casket of someone I never told. It's one of the most awful feelings in the world. I can't have that back. But there are people around me who still have a chance. They just need to know what Jesus did for them.

Our orders from God are so clear. "Rescue those being led away to death" (Proverbs 24:11). The consequences of holding back are awful: "He will die for his sin, and (God says) I will hold you accountable for his blood" (Ezekiel 3:18).

But there's still time now, if I'll just forget about myself like my Savior did.