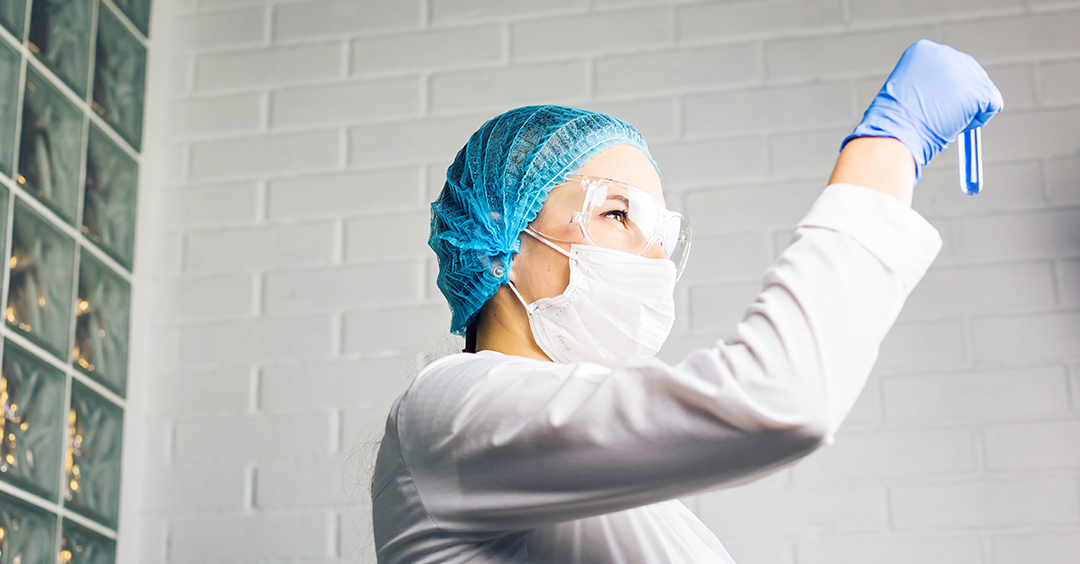 When Ebola first popped up in the United States I was watching that news story about the Dallas nurse who was the first person to ever contract Ebola in America. I was hit by a lesson that I found pretty personal to me.

The authorities were talking about the "contact tracing" they were doing. They were trying to identify people she'd been with. They also did that with Thomas Duncan, the first person to die of Ebola here in the U.S. In Africa, and in America, contact tracing was a top priority in containing the spread of this medical serial killer.

The medical detectives want to know who the infected person has been close to. The list can be pretty long. And that's actually what got me thinking.

I'm Ron Hutchcraft and I want to have A Word With You today about "The Reach of Your Life - More Than You Think."

I began thinking about my contact list. I bet I'd be surprised if someone actually made a list of all the people I'm in touch with during a given week. At the office. At the store. The restaurant. Neighbors. Family. Friends. Online friends. Social media. I think we'd all be amazed if we saw an actual list of the people we influence in some way every week.

It's a wake-up call for me as a follower of Jesus Christ. Because God says, in our word for today from the Word of God in 2 Corinthians 5:20, "We are Christ's ambassadors, as though God were making his appeal through us. I implore you on Christ's behalf: Be reconciled to God." So, the face, the voice, the hands of Jesus to all the folks on my "contact list." Wow! For better or worse.

The Bible has a lot to say about the influence of us Jesus-followers. Jesus said we're "the light of the world." People are supposed to "see your good deeds and (as a result) praise your Father in heaven" (Matthew 5:14, 16).

We're also the "salt of the earth" (Matthew 5:13), making people thirsty for our Jesus because of what they see in us. Oh, and we are to be, according to Philippians 2, "pure, children of God without fault in a crooked and depraved generation, in which you shine like stars in the universe." And it says right before that, we're to "do everything without complaining and arguing" (Philippians 2:14-15), because those two practices will very quickly blot out the light.

And Peter said it is the "hope you have" (1 Peter 3:15) that will make people spiritually curious. That's hope, as being the living proof that things can change that we thought could never change. Because of Jesus. And things like that have changed in you I know because of Him.

And then there's the characteristic that Jesus said would be the ultimate mark of someone who belongs to Him. "All men will know you are My disciples...if you love one another" (John 13:35).

Ultimately, though, for those I influence to be cured of their terminal spiritual disease called sin, they're going to need more than me being a nice guy. They could watch me for the next fifty years, and they're not going to guess that Jesus died on the cross to pay for their sins. No, I've got to tell them that. A life that radiates Jesus can attract someone to Him. It can be the living proof that Jesus changes a life.

But it can't explain "the Gospel" that according to the Bible is "the power of God for salvation" (Romans 1:16). That takes words. It takes the God-given courage to tell my story, and then His story. Of a love so great He died for me. And a power so great He walked out of His grave and crushed death.

I've been strangely challenged by that sobering reality the Ebola crisis highlighted - the reach of just one life. Well that life can infect an entire circle of people with death, or with life. The people in my path, they're not some random accident. God put them there so they could see His Son, so they could know His Son.

So ask yourself this question, "Are they closer to Jesus because they've been close to me?"