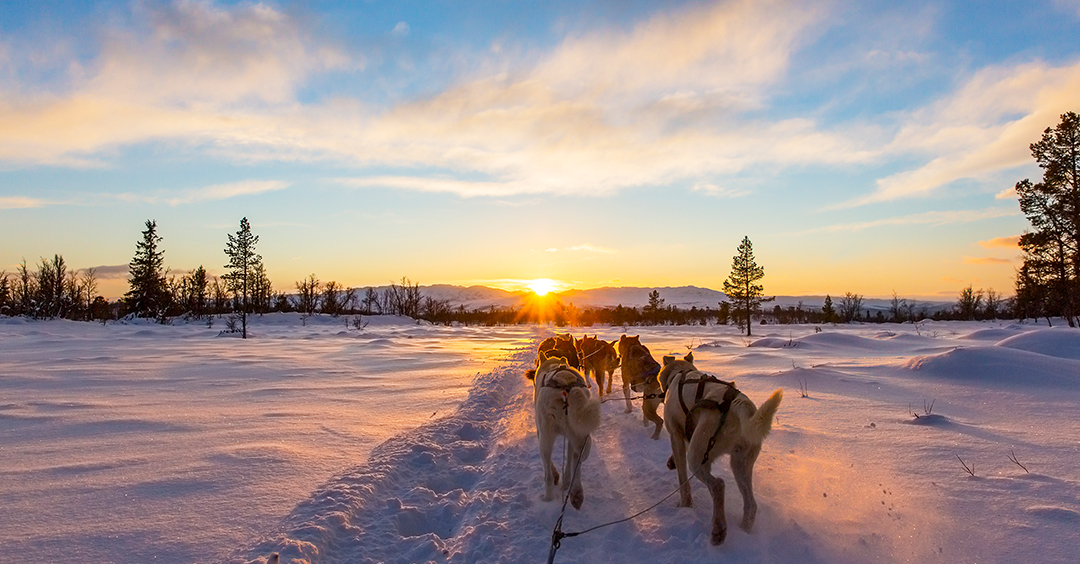 Maybe it's because of Sergeant Preston of the Yukon. Yeah, as a boy I watched that ancient show on TV. I was fascinated watching my Mountie hero racing across the snow with his dog team. I even wore pants that were marked "husky."

And then there was my ministry trip to Alaska one February where I got to see dog team races in the snowy streets of Anchorage. They call it the "Fur Rondy." Now, those memories reignited recently because our son retraced that trip to lay the groundwork for a historic conference for Native Alaskan young people.

For whatever reason, I'm intrigued with this continent's legendary dog team "Super Bowl." It's called the Iditarod. Not just because of the event itself, but oh, because of its dramatic history. This rigorous race to Nome retraces the route of the original race in 1925. Except then it wasn't a sporting event. It was a race for life.

I'm Ron Hutchcraft and I want to have A Word With You today about "The Race For Life."

In January of 1925, Nome was this remote outpost, faced suddenly with a deadly outbreak of diphtheria, and virtually no vaccine to stop it. The National Health Department in Washington concluded "an epidemic of diphtheria is almost inevitable." That meant up to 75% of the children in and around Nome could die.

Well, a train brought the needed antitoxin as far as the train could go - to Nenana. That's 640 miles from Nome. From there, it had to be dog teams, taking the mail route that they called the Iditarod Trail. That was usually a 25-day trip, and that was way too long to save the lives in Nome.

Knowing that their mission was life-or-death, the mushers and their dogs defied the weather; they defied the odds to do what had never been done before. Like the Pony Express, one team went as far as they could, then handed it off to another musher and his dogs. And history records that the winter of '25 was one of the worst ever, with temperatures that plunged to 60 below. Then the blizzard closed in around them. The only doctor in Nome said, "All hope is in the hands of the dogs and their heroic mushers."

At 5:30 in the morning on January 30, the final musher drove his dogs - and the serum - into the streets of a sleeping Nome. It took twenty men; it took 150 dogs to get it there. Amazingly, they made the trip in just five and a half days, breaking the world record, and more importantly, saving hundreds of lives.

The drama of that desperate race to Nome touches something deep inside me, because it's a picture of a race for life where the stakes are even higher; a race that began on an old rugged cross 2,000 years ago. Our word for today from the Word of God in 1 John 3:16 and then chapter 4, verse 9, says this: "Jesus Christ laid down His life for us that we might live through Him." The news of His death for our sins and His game-changing resurrection - that's the only "serum" that can save a person from a hellish eternity and give them heaven instead.

Getting Jesus' message to the people within my reach is not some casual, "get around to it sometime" thing. No, it is urgent beyond words. In the Bible's words, it's snatching "others from the fire" (Jude 23), it's rescuing "those who are being led away to death," it's holding "back those who are being led away to slaughter" (Proverbs 24:11). People I know. People I see all the time. People whose forever depends on what I know about Jesus. They're one heartbeat away from meeting God. Waiting any longer to tell them is gambling with their eternity.

Somewhere along the way, the cause for which Jesus died has become, well, like the Iditarod, a spectator sport, lots of activity but no thought about the lives at stake. But those of us who've been saved by the serum of the Gospel are responsible before God to get that serum to those who are going to die without it. Jesus expects that the driving passion of His people and His church, will be the passion that kept Him on the cross, "to seek and save the lost" (Luke 19:10).

My brother, my sister, this really is a race for life.