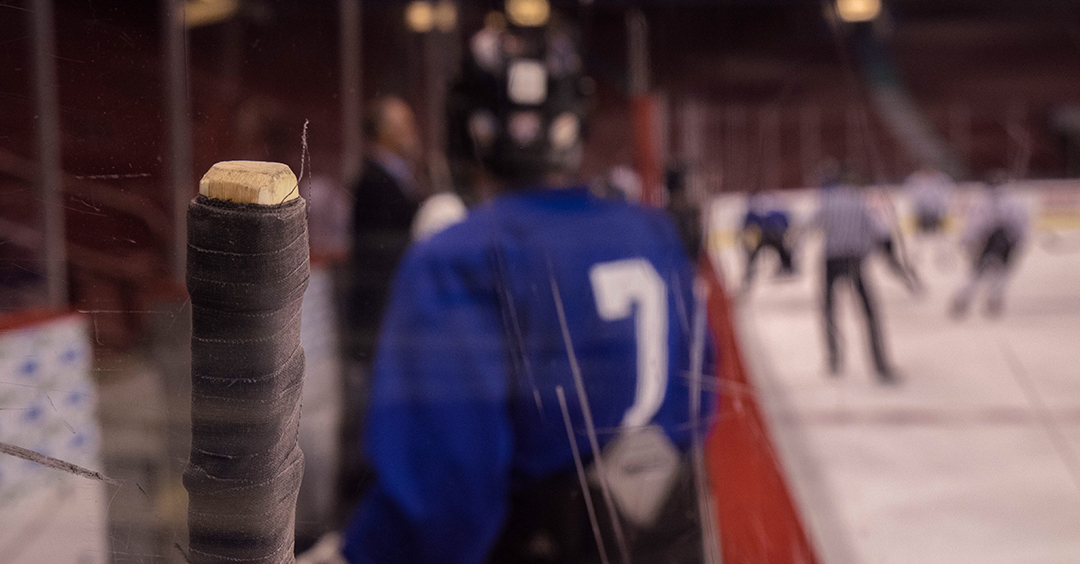 They called it the "miracle on ice" - it was that stunning upset victory of the U.S. Hockey Team over the Soviet Hockey Team in the 1980 Olympics. The Soviets had dominated world hockey for 15 years, and few thought that the Americans had any chance of breaking that domination. The movie "Miracle" portrayed how an often hard-to-understand American coach named Herb Brooks molded a disconnected, self-serving group of individual college stars into the team that shocked the world by winning it all.

At one point, after a lack-luster performance in a hockey game running up to the Olympics, Coach Brooks forbids his players from going into the locker room. Instead, he keeps them out on the ice for a merciless repetition of these practice drills. When the custodian finally turns out the lights on them, the coach makes them continue in the dark. They're ready to drop from exhaustion. They can't understand what their coach is trying to do to them. Then the coach stops and asks one of his stars a question that he's been asking his players repeatedly for months, "Who do you play for?" Every other time, each player has named the college team he came from. But this time, for the first time, a player offers a different answer to "Who do you play for?" He says, "I play for the United States of America!" At which point the coach responds, "Good night, gentlemen." They finally got it.

I'm Ron Hutchcraft and I want to have A Word With You today about "The Only Team to Play For."

I wonder what your honest answer would be if Jesus were to ask you, "Who do you play for?" In the things you do at church, in Christian service, who are you really doing it for? Honestly, a lot of us too often do what we do spiritually for ourselves to get approval, to get applause, to impress, to control, to get some recognition. If Jesus asked us who we play for, some of us would honestly have to say, "For myself. I play for Team Ego."

Others of us are really doing what we do for the church, or for a Christian leader, or a Christian organization, or a denomination. We're really proud of the group we're a part of. Of course, none of the names of these organizations or denominations will probably make it past the gates of heaven. It matters so much here. It won't matter at all in heaven.

The issue of who you're really playing for loomed large in Paul's writings to one of the early Christian churches, the church at Corinth. In 1 Corinthians 1, beginning with verse 10, our word for today from the Word of God, Paul says, "I appeal to you brothers, in the name of our Lord Jesus Christ, that there be no divisions among you, and that you be perfectly united in mind and thought."

Then he goes on to name the various Christian leaders around whom each faction was clustering, and then he asks pointedly, "Is Christ divided? Was Paul crucified for you?" Where people are playing for themselves, for their ego, or for some group they're a part of, almost inevitably it will lead to pride, conflict, tension, division, and a break in the body of Christ. If you'll stand back for a moment from a conflict or a division you might be around right now, you'll be able to see what happens when Christ's players are playing for the wrong reasons.

The fact is: it's all about Jesus! The only right answer when Jesus asks, "Who do you play for?" is: "I play for Team Jesus!" Paul bottom-lines it in Colossians 3:24, "You serve the Lord Christ." He's the only one worth doing it for! Every other leader, every other group will eventually hurt you, or disappoint you, or not appreciate you, or let you down except for Jesus.

As long as we're playing for ourselves, or some human organization, we're going to keep losing the battles that really matter to our Lord. But when we all lay down our egos, our control thing, our church and denominational loyalties, we can start beating an enemy who's been winning long enough. And you know why? Because you'll be playing only for Jesus!