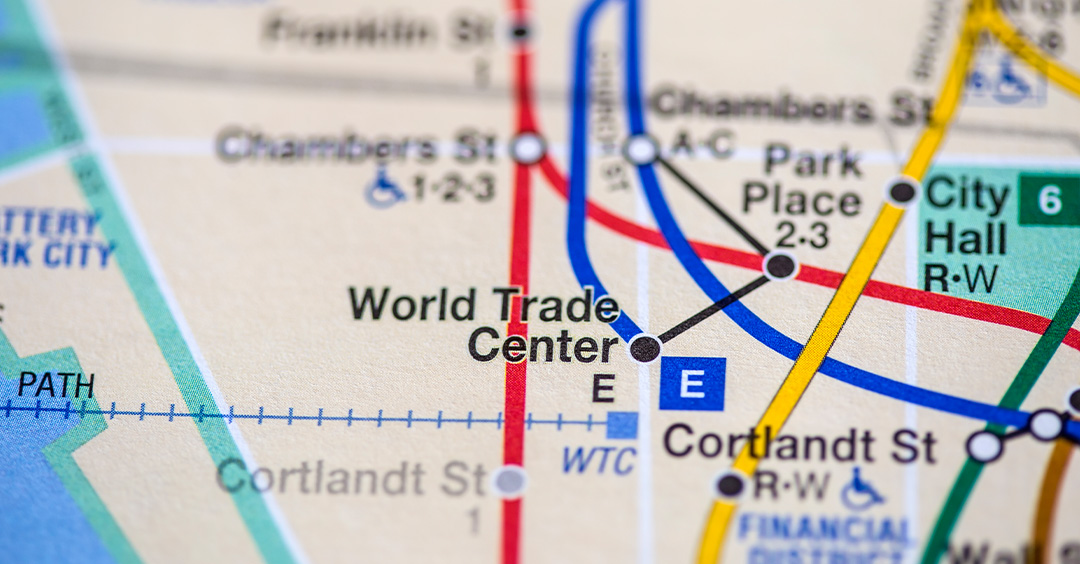 We know well all about the World Trade Center and what happened on that September 11th. But there's those personal stories that put a face on it even to this day. I saw a particularly moving first-person story of one woman who miraculously survived the collapse of the North Tower that awful day. She tried to make her way down the long stairwell from her office on the 64th floor. She got to the 13th floor. That's when the entire tower began to crumble. She fell to the ground as the building continued to literally collapse around her. She dropped 13 floors and ended up with her head pinned between two concrete pillars and her legs trapped in a staircase. She said, "I saw that no one came, and I wasn't hearing any noises around me. So I thought, 'I'm going to die here. I'm going to see myself slowly die here.'"

The young mother; well, she prayed, she slept, she prayed some more. And at one point, she just asked God for a miracle. That's when she heard noises. She yelled out, and someone answered back. She had been trapped under tons of debris for 27 hours. Here's how she described what happened next: "I took a piece of concrete. I kocked the stair above me. And when they heard the knocking, they started to come closer. And then I put my hands through a little crack in the ceiling, and I felt the person hold my hand. The fireman found my hand and he said, 'I've got you.' And I said, 'Thank God.'" She was the last person pulled alive from the wreckage of the World Trade Center.

I'm Ron Hutchcraft and I want to have A Word With You today about "The Most Lasting Thing You'll Ever Do."

There's no scene more powerful than a rescue. Whether it's a firefighter pulling someone out of tons of debris or a spiritual rescuer leading someone from an eternity without hope into the life that only Jesus can give. Someone will live instead of dying because someone else took the risks to go in for the rescue.

If you've been rescued by Jesus, then your orders couldn't be more clear. Listen to our word for today. The Word of God says in Jude 23, "Save others by snatching them from the fire." See, someone snatched you from the fire of God's judgment. Now it's your turn to rescue some folks within your reach who have not yet grabbed the hand of Jesus; who may not even know He's extending His hand.

I'm not saying it's easy to tell someone about Jesus. I mean, when has rescuing someone ever been easy? When has there been a rescue that didn't involve the rescuer taking risks, going beyond where it's safe? So many fears keep us from telling the people we know about Jesus; the fear of being rejected - you know the fears; the fear of messing it up. The fear of not knowing all the answers.

But there needs to be a fear greater than any of those. You know what that fear is? That's the fear of this person we know spending all eternity in hell, forever away from God. It's that fear of losing someone forever that finally says, "I can't hold back any longer. If I don't go in, they may die. If I do go in, they have a chance to live."

The man who rescued that young woman from the World Trade Center debris? Well, first he had to touch her. You need to be doing whatever it takes to touch the life of someone that you hope to take to heaven with you. Build that relationship. Take time for them. Go out of your way to get to know them. Find ways to serve them, to show love to them in their language. Be there for them in critical moments. Touch them so you can save them.

And ask the Lord, who is ultimately the One who rescues every person, to open up natural opportunities for you to explain your personal relationship with Jesus Christ. I've talked before about the three-open prayer. "Lord, open a door. Lord, open their heart. Lord, open my mouth."

There is someone in your personal world right now whose life, in a very real way, depends on you every bit as much as a trapped young woman's life depended on that firefighter who risked to save her. And there is no greater thrill, there is no greater joy than being able to reach out to a lost person and to be able to say "I've got you" and to help them move from death to life.