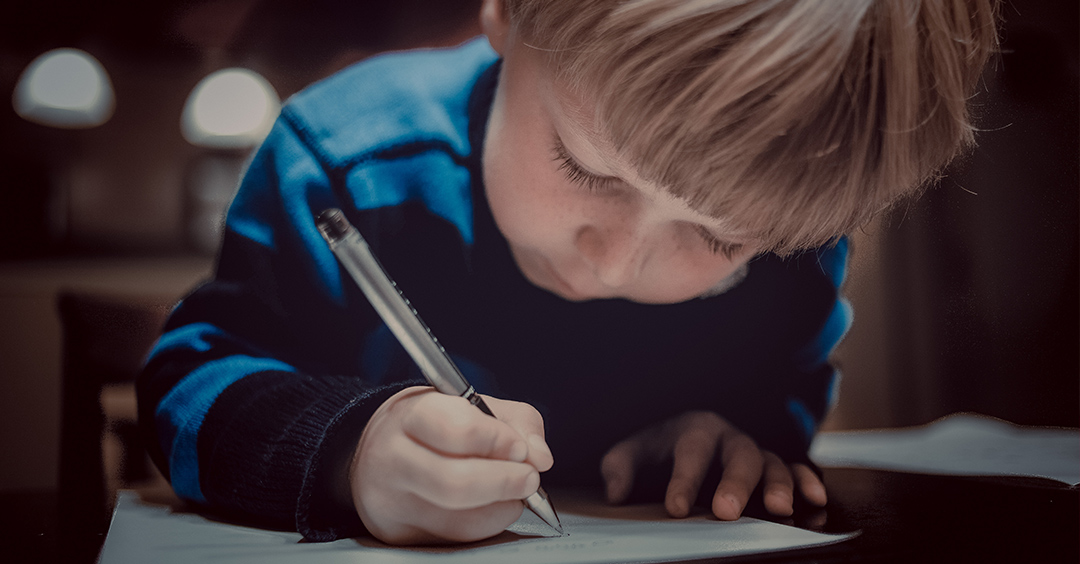 I used to tell our kids, "You don't have to go to a party. Carry the party inside you wherever you go!" Our five-year-old grandson never heard that, but I think he got the idea. He could find a way to enjoy himself in just about any situation, with friends or alone, with his toys, or better yet as far as he was concerned, with just like the everyday stuff he found. I remember he and I were in my study, a few rooms away from the living room where his three-year-old brother and his Mommy were. Little brother decided to check out what big brother and I were doing, and big brother had an idea. His brother could be a messenger. So our five-year-old started writing little messages to his mother, which he then rolled up and dispatched his little brother to deliver. Mommy got the idea, and so she would write back an answer to every message. The shuttle went back and forth three times, I think. Big brother then wrote another message, but this time the messenger didn't show up. He had clocked out. So the message never got delivered.

I'm Ron Hutchcraft and I want to have "A Word With You" today about "The Missing Messenger."

Jesus has a message that He wants delivered to some people you know-some people you see all the time. The price of His message not getting through to them could be an awful eternity. He's counting on you to be the messenger.

When the President appoints an ambassador to a particular country, he's counting on his ambassador to deliver his messages, right, that he wants communicated. Whether you realize it or not, you've been assigned by the highest authority in the universe, by Jesus himself, to deliver His message to the folks around you. And that message is life-or-death information. But as our grandson found out with his little brother, when the messenger dies, the message dies. And in the case of Jesus' message about His death for our sins, people you know may die if you don't deliver it.

That's the awful picture of messenger failure in Ezekiel 33:7. It says, "I have made you a watchman...give them warning from Me...When I say to the wicked" (Today that's anyone who has not had their sin forgiven by giving themselves to Jesus, and you know people like that.) "When I say to the wicked you will surely die,' and you do not speak to warn him from his ways, that wicked man will die for his sin, and I will hold you accountable for his blood." Blood on our hands because of the silence of our lips. Don't let that happen to you. Don't let that happen to the people God's counting on you to tell about His Son. Whatever fear of what might happen if you told them about Jesus, could it possibly be as fearful as what will happen if you don't tell them?

Jack Phillips was the radioman for the Titanic. Two hours before the Titanic's fatal collision with an iceberg, Phillips got this radio message from another ship, describing the coordinates of the exact ice field that later doomed the Titanic. But instead of delivering that information to the captain, he stuck it on a spindle to deliver it later. That mistake cost him his life and the lives of 1,500 passengers that night. All because the life-or-death message he had was never delivered.

Don't make that mistake with the message Jesus has given to you to be delivered. Don't let your silence, don't let your delay cost them heaven. His message is in your hands.