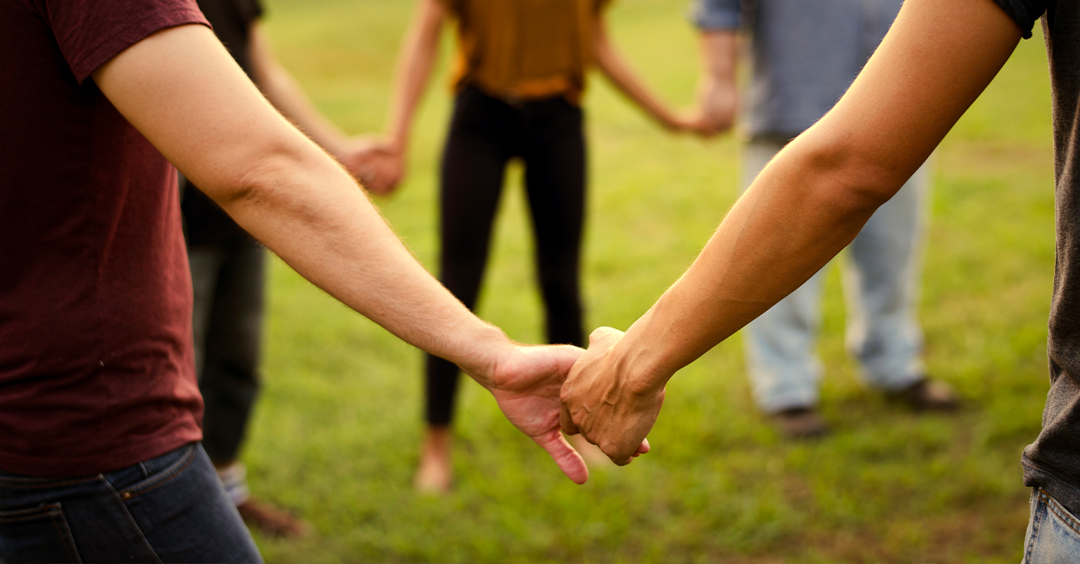 When she was in college, my daughter went on a trip to a part of the world that she brought home in her heart with her actually and brought into the hearts of our family. I was back when the Soviet Union was beginning to collapse, as it was known then the Communist Empire and the Iron Curtain was coming down. It was right at the beginning of that. She was on a Christian music team on a tour to Estonia and Latvia. They were actually pursuing some historic opportunities to present Christ in public settings. But what really impressed them was the Soviet believers. And that impressed them even more than the meetings that they were able to hold. And they saw in those people a hope of freedom.

About two weeks after the teams returned, those hopes of freedom were channeled into a very powerful demonstration. Now, it's 370 miles from the northern point in the Baltic States to the southern point. That's from the northern border of Estonia by the Gulf of Finland to the southern border of Lithuania. OK, there's your geography lesson for today. Amazingly, one million people formed an unbroken line (try to imagine this) hand-in-hand from one end of that 370 miles to the other, and they just passed one word from the first person in Estonia by the Gulf of Finland to that last person on the southern border of Lithuania. Each person turned to the next and simply said, "Freedom." Wow! Did you know you're in a line like that?

I'm Ron Hutchcraft and I want to have A Word With You today about "The Freedom Chain."

Our word for today from the Word of God comes from 2 Timothy 1, beginning at verse 6, where Paul says to Timothy, "For this reason I remind you to fan into flame the gift of God, which is in you through the laying on of my hands. For God did not give us a spirit of timidity, but a spirit of power, of love and self-discipline. So do not be ashamed to testify about our Lord." And then he talks to him about the freedom chain. "And the things you've heard me say in the presence of many witnesses entrust to reliable men who will also be qualified to teach others." Well, there's the chain.

Paul says, "God sent me to touch your life, Timothy, with the claims of Christ. Now I want you to pass that on to reliable men. They in turn will pass it on to others."

Thank the Lord that chain has made it across the centuries and it links you and me. It's really a freedom chain. Because of what Christ has done we can say to people, "You don't have to live as a slave to sin and selfishness. There's forgiveness that will release you from your guilt. There's love to release you from a lonely lifetime. There's a personal presence of God to release you from the darkness that's in you and all around you."

Over 2,000 years one person has turned to another and said, "There's freedom in Jesus." And someone turned to you and said it. Now, who are you saying it to? There's a long, long line of people who did what it says in Timothy, "Do not be ashamed to testify about our Lord." They got the message to you. Whether it gets to your family, your friends, to your coworkers, to your personal world? I think that depends on you.

Haven't you been quiet long enough, ashamed long enough? Let God lay on your heart at least one person He wants you to turn to. Ask Him to get them ready for your message and to change your silence to boldness. And then, join God's freedom chain.

Someone grabbed your hand. Now, you grab someone else's and proclaim "Freedom!" because of what Jesus did.