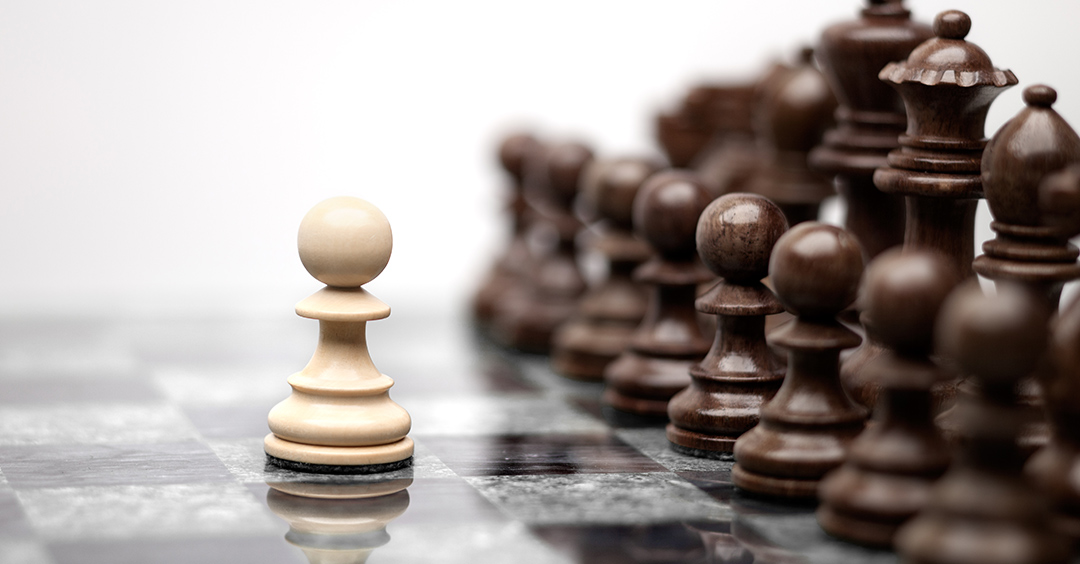 My friend Bobby served as a Marine in Vietnam, and he told me something about his experience there that really got my attention. He said his assignment was doing electrical work on airplanes-which is not necessarily a front lines assignment. But there was a war going on all around them. So, when there was enemy activity, every soldier was trained to grab their weapon, take their position, and be prepared to fight. Their bottom line assignment was summed up in four words, "every Marine - a rifle."

I'm Ron Hutchcraft and I want to have A Word With You today about "Taking Your Place on the Front Lines."

Nobody is just support troops. Everybody's needed on the front lines. That's the strategy for the most important battle of all time-the battle for the souls of lost men and women that rages in every generation.

God puts flesh-and-blood on that principle in a story in Numbers 32, beginning with vs 1. It's our word for today from the Word of God. Here's the story. God has delivered the Jews from slavery in Egypt, led them through the wilderness, and now He's brought them to the banks of the Jordan River, the threshold of their Promised Land. Soon the battle for the land will begin. Even before entering, each of Israel's twelve tribes has been allotted a certain area of the land as their inheritance. That's on the west side of Jordan. On the east side of the Jordan, the Reubenites and Gadites "who had very large herds and flocks saw that the lands of Jazer and Gilead (That's the lands right there where they are on the east side of the Jordan) were suitable for livestock." Okay, so these guys who already have their land kind of.

They come to Moses with an idea-a dumb idea. They said the land they were on was "suitable for livestock, and your servants have livestock...let this land be given to your servants as our possession. Do not make us cross the Jordan." Moses' answer cuts like steel: "Shall your countrymen go to war while you sit here?" They said, "How about we just settle down here, skip the battle, and root for you guys out there on the front lines? How does that sound?" Moses basically says: "No way, man. Every Marine a rifle. No watchers here; only warriors." These folks got the message. They said, "We would like to build pens here for our livestock and cities for our women and children." In other words, we'd like to stay here in our comfort zone-"but we are ready to arm ourselves and go ahead...every man armed for battle, will cross over to fight before the Lord." Good choice.

Now, about that battle for a lost and dying world from God's perspective, no one can just watch this battle. Every child of God is supposed to be a warrior in it...including you. You can't just send a check and consider yourself off the hook. You can't just support others who are fighting for lives Jesus died to save. You've got to be fighting for some yourself. You can't delegate Christ's world-reaching Great Commission to a few spiritual daredevils called missionaries or full-time workers. This call is for all of us, wherever we live, whatever we do. You may say, "Well, I don't have the gift to tell others." If you belong to Jesus, you have the assignment! Remember, "we are Christ's ambassadors" (2 Corinthians 5:20).

The truth is you're somebody's best chance of ever going to heaven, because you're the one with Jesus in their heart who is closest to that person at work, school, in your family, your neighborhood. If you don't tell them, chances are they'll never hear what Jesus did for them.

And your silence will be, in essence, an eternal death sentence for them. And beyond the people in your personal world, God wants you in the battle for the world beyond your own. You say, "Well, I can't possibly care about or support all the mission needs out there." That's right. But you know what you can do? You can say, "God, go ahead and place a piece of your broken heart for this world in my heart. Help me care about some need, and let me focus on that one." He'll do that, and you can begin to pray and give and help His soldiers who are fighting for those particular people.

No watchers in the battle for lost hearts, only warriors. Because everyone who belongs to Him, has a place on the front lines.