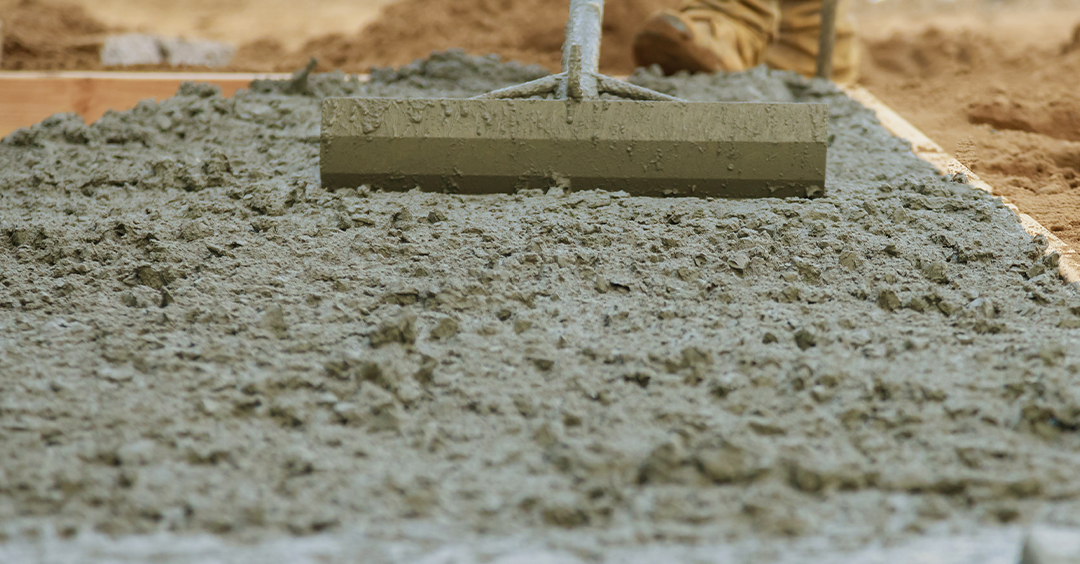 If you're walking along the street and you see some couples' initials written in the sidewalk cement (isn't that romantic!), you know it wasn't put there today. It's doubtful they spent hours chiseling it into the cement. You know those impressions had to be made when that sidewalk had just been laid. I mean, right before it turned hard. You know that famous theater in Hollywood where they have the footprints of many stars in the sidewalk. They didn't use a jackhammer or chisel. No, they did it in fresh cement; soft enough to write in. If they waited, well it would be pretty tough to leave their mark.

I'm Ron Hutchcraft and I want to have A Word With You today about "Soft Cement."

Our word for today from the Word of God is in Psalm 78, and David begins here in verse 4, "We will not hide God's commandments from our children; we will tell the next generation the praiseworthy deeds of the Lord, His power and the wonders He has done. He decreed statutes for Jacob and established the law in Israel, which He commanded our forefathers to teach their children so the next generation would know them. Even the children yet to be born and they in turn would tell their children." Now you can see David here is totally focused on the future generations, he wants them to know the Lord as he and the people he knows have known the Lord.

Now, think about this - over two thirds of people who ever come to Christ do it by the age of 18. So if you see someone walk across that graduation platform without Christ in their life, they're probably going to live and die without Him. And spend eternity without Him. Yeah, we've got to tell the next generation about Jesus when the cement is soft. Any passive response - doing nothing - is equivalent to surrendering to an enemy who is actively engaged in enslaving, and diluting, and deceiving the next generation.

Maybe you say, "Well, what can I do? I mean, how can I make a difference?" Well number one, would you just ask God to break your heart for the young people of your area. Many years ago I prayed that God would break my heart for young people and I've never gotten over the heart trouble that resulted and I never want to. And then you pray regularly, passionately for the young people close to you, when you see them coming out of school, when you see them hanging out at the local store, cruising the mall. And then pray for the Christian young people who try to live for Christ in that school and that community.

And then listen to where kids really are. I mean it's nothing like your teenage experience. We cannot reach these kids like the kids in the '50s or '60s or '70s or '80s or '90s or the early 2000s. Interview your own children, your own grandchildren. Listen to them. Read whatever you can about our young people today. The more you listen to where they are I'm convinced the more your heart will be broken.

And then make a commitment to make a difference. Ask God to show you. Is there any way you could make a difference for one young person; someone to whom you could show the love of Christ, or maybe a group of them. Be an advocate for ministry to young people: in your church, in an organization that's geared to young people, with your local Christian radio station. Be the one who says, "We've got to tell the next generation folks!" Now, you know you may say "Well, I don't think I could have a ministry to a young person." Let me ask you this, do you have the ability to make one person feel important? That's what it takes. If you could make one teenager feel like the only person in the world when they're with you, you'll be an adult they will never forget.

Remember the cement in young hearts is soft for just a short time, and it's turning hard sooner than ever. If we're going to write Jesus on a person's heart, we probably have to do it before they're 18. So let that ancient battle cry become your battle cry, and that of your ministry, and that of your church. "We will tell the next generation!"