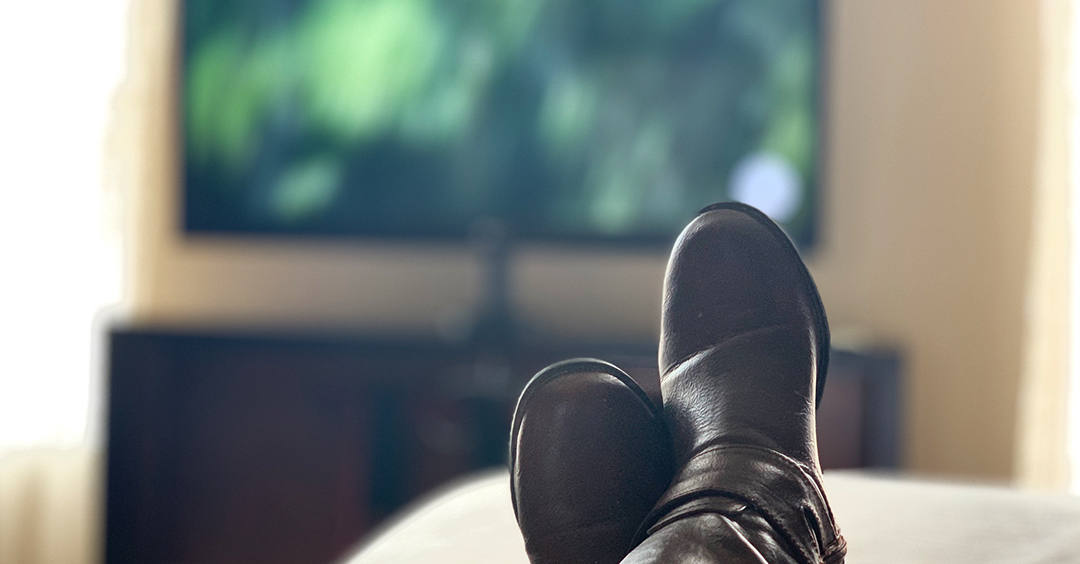 So I'm settling into my hotel room. I'm out of town, and I'm going to turn on the TV probably to get a little of the local flavor. I especially like to watch the local weather and the local news. That's pretty much what I do at home. Now, if I'm in the U.S. listening to the local news and weather, that's easy. It gets kind of frustrating in another country sometimes.

Like I was in Amsterdam for a major conference, and I did what I just described there. I turned on the TV as I was unpacking in my hotel room, and I saw a man communicating very earnestly. He was telling viewers everything they should know: the local news, the weather for tomorrow. Of course I couldn't understand a word he was saying; it was all in Dutch, and it was frustrating. He knew it, I wanted to know it, but the information was not in a language I could understand. You may know some folks who feel the same way toward you.

I'm Ron Hutchcraft and I want to have A Word With You today about "Say It In My Language."

Our word for today from the Word of God; it's in Acts 2, where we have a communications miracle called Pentecost. The Holy Spirit comes to dwell in Christians beginning at this point, and the disciples are preaching on the street corner in Jerusalem. The problem is that the disciples don't speak many languages; they have their own language they speak. The audience is very multilingual, representing many language groups, and Hebrew just isn't going to "cut it" to get across to most of them. Listen to what happened.

In verse 1: "When the day of Pentecost came, they were all together in one place." Verse 4: "All of them were filled with the Holy Spirit and began to speak in other tongues as the Spirit enabled them. Now there were staying in Jerusalem God-fearing Jews from every nation under heaven. When they heard this sound, a crowd came together in bewilderment, because each one heard them speaking in his own language." And then it says later in verse 11, the people say, "We hear them declaring the wonders of God in our own languages."

Well, that was the key. They were impressed that they heard the Good News in their own language. In one sense, that was a special miracle for a special occasion. But it's still true that our message has no effect until a person hears it in a language he can understand.

We have people right around us that we're trying to share Christ with, but we might be like that Dutch newsman I heard. We're giving the information, but the person who needs it just doesn't understand it in the language we're giving it in.

Maybe we've got a language problem. See, when you become a Jesus follower, right away you start hanging around the church and picking up a wonderful Christian vocabulary. We get used to expressing Christ in religious terms. I call it Christianese. But they're terms that a lost person just doesn't understand.

There might be someone close to you right now and they're rejecting Christ. Maybe they've never heard about Him in words they can understand. They don't understand all our church talk. They need to hear the Gospel expressed in the language of sports, or business, or music if that's their thing, or gardening, or parenting, or computers, or the language of the medical profession, or whatever they can relate to. It's lazy just to say it in the religious jargon I'm most comfortable with. Think about that lost person. Learn to think "lost."

Walk a mile in his shoes, actually in his vocabulary. Look at his interests. Look at how the truth of the Gospel could be communicated and illustrated in his or her terms. When a missionary goes to the mission field, they don't just transmit the Gospel, they translate the Gospel. That's why they go to language school before they go to the mission field. We need to translate our message. This is information that a person's eternity depends on.

I sat in that Dutch hotel room and I murmured, "Say it in my language, will you?" Well, there's someone near you who doesn't have Christ who's waiting for words they can understand. Do what you have to do. Leave your comfort zone to say it in their language.