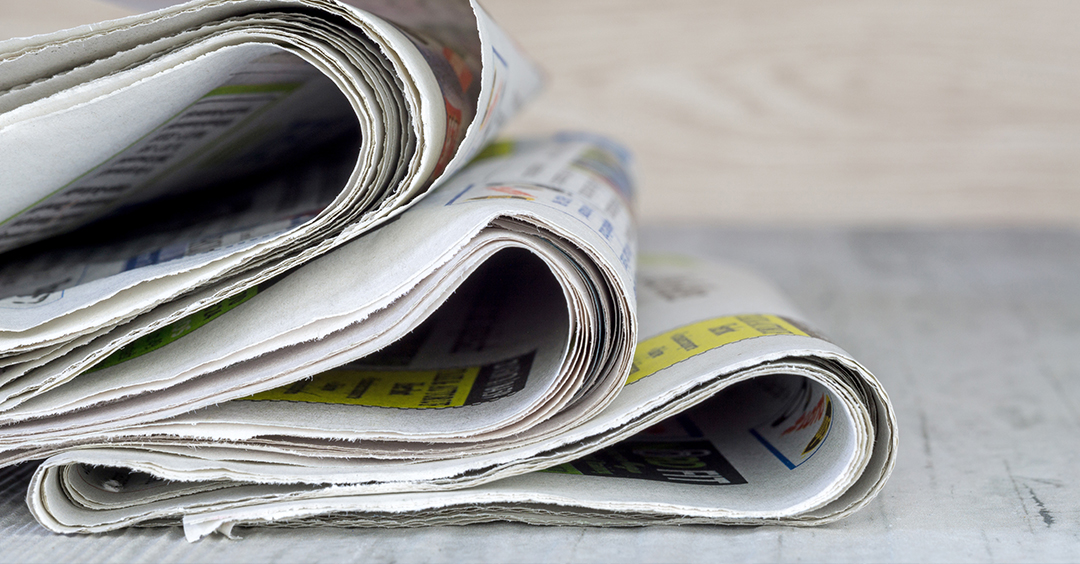 I'm Ron Hutchcraft and I want to have A Word With You today about "Saving Lives With the Newspaper."

Our word for today from the Word of God comes from Luke 13, and I'll begin reading at verse 4. Jesus is speaking to a crowd, and He says, "Those eighteen who died when the tower of Siloam fell on them - do you think they were more guilty than all the others living in Jerusalem? I tell you, no! But unless you repent, you too will all perish."

Now, Jesus here is referring to what was probably the headline of that day - the collapse of this tower in Siloam. Today that tower disaster might be equivalent to, let's say, an earthquake where a number of people died, or a plane crash with a lot of fatalities. Jesus uses this headline to get people thinking about their lives and thinking about Him. He says, "Remember that disaster we just all heard about? Well, you know, those people are no different from you. It pays to be ready. What if that had happened to you? Have you repented? Are you right with God?"

You know what Jesus is doing here? He is modeling an approach to reaching people that is just as relevant today. You might call it "headline" evangelism; using the news to open a door to talk about Jesus. Now, if you're a follower of Christ, there are probably some people that you are spiritually burdened for. I hope so. People you want to have in heaven with you someday. Some days you find yourself saying, "There's got to be a way to open a conversation." And you wonder if some day they are going to say to you, "You know, we talked about everything, but why did you never tell me about this Jesus you know." You want to, but you don't know how to get started. Well, here's one way. Ask God to show you attention-getters in what's happening in the world, what's reported in the news, things that could help open a door to a spiritual conversation.

See, that's when you can bring up the good news about Jesus. The point is to keep your eyes open for everyday opportunities that can open a door and open a heart and open a conversation that could change an eternity. Might be some of the struggles some successful public figure is going through, or struggles that show that success doesn't fill the hole inside of us.

Often the world's bad news gives you the opportunity to share God's good news. Today's headlines, consecrated to God, might just help point someone to Jesus. You could actually be saving lives with the newspaper.