rescue Your Mission salt and light His light matthew 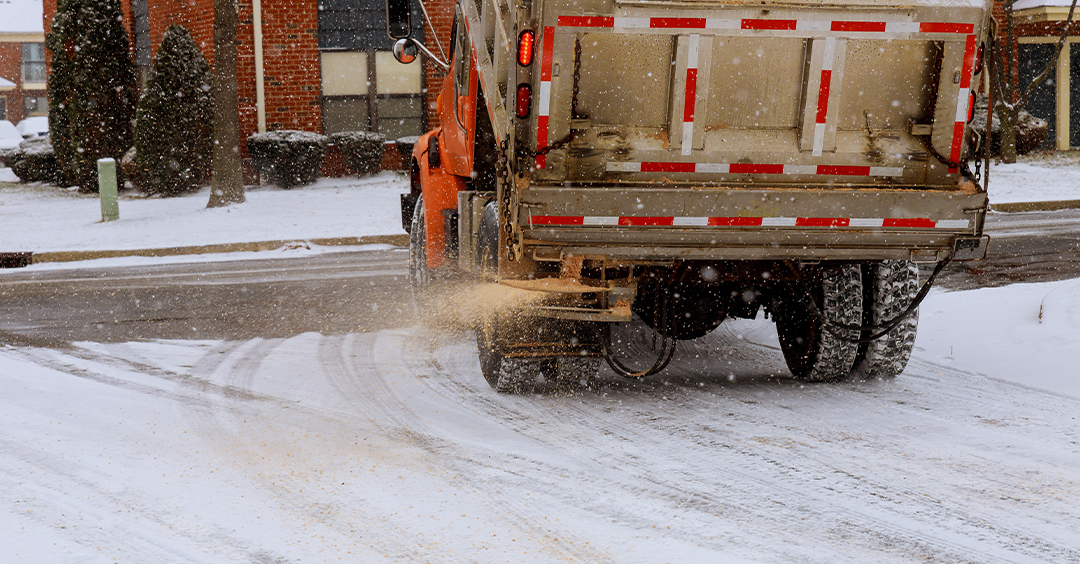 It was the early winter of 1994. It was when the Sanitation Department of New York City would not forget for a while. Much of the East Coast got hit big time with this parade of snow storms and ice storms. And at one point, they were coming about every other day. You take a hard freeze and frequent storms. It just created layers of frozen precipitation on the ground. Kind of like geological strata except slippery. Olympic skaters could have practiced on Broadway or Fifth Avenue.

Needless to say, the sand and the salt trucks were working around the clock, and drivers worked such long hours they had to wear name tags when they got home because it was so late and it had been so long when they got there! But, ultimately, the slippery stuff wasn't the biggest problem. No, the real crisis was a salt shortage. Now, snow and ice are bad. But no salt on the ice and snow? Well, that's terrible. People were saying, "Hey, they ran out of salt!" Actually, one city official explained that was not the problem. He said, "There's plenty of salt. The problem is we can't get the salt from where it is to where it's needed."

I'm Ron Hutchcraft and I want to have A Word With You today about "Salt Storage."

Our word for today from the Word of God (you might guess this) comes from Matthew 5, beginning at verse 13. "You are the salt of the earth. But if the salt loses its saltiness, how can it be made salty again? It is no longer good for anything except to be thrown out and trampled by men." God goes on to describe us, then, as "the light of the world, like a city set on a hill." And then He says, "Let your light shine before men that they may see your good deeds and praise your Father in heaven."

If you're a follower of Jesus, there are two things you need to know that your Savior says you are. You are salt and you are light. Now, it doesn't take a lot of salt to change the environment. I mean, you don't need a pound of salt for a pound of meat, right? You don't have to have as much salt as there is ice. But in order for salt to do any good, it's got to be in contact with the thing it needs to change; on the street or on the meat. It doesn't do anything in a salt shaker or piled in a salt mountain somewhere in a big storage yard.

God's problem with getting Jesus to lost and dying people is the same as that winter emergency in New York; the salt wasn't getting where it was needed. We - who know Christ - often are not in enough meaningful contact with the people who need us most. It's as if there are these great mountains of spiritual salt in a very cold and frozen world. We salt people spend so much time in meetings with each other, doing programs for each other, having concerts with each other, serving on committees for each other, and doing books and music for each other, we're disconnected from the people who are dying without our Jesus.

Isn't it time for the salt to get out where it's needed? We need to leave the comfort of Salt Mountain and dare to risk getting involved in places where lost people are; to look at the unbelieving people around us and start building some bridges into their lives; building intentional rescue relationships. More than picketers, protestors, politickers, or promoters, God needs some of His people to just move close to some people who are not His people.

Would you dare to ask God today to lay some lost person on your heart? Maybe He already has. Then ask Him, "God, go ahead and break my heart for the people within my reach who don't have You." And then invest yourself in what Jesus did. He came (it says) "to seek and to save those who are lost."

Too many people are slipping away, they're crashing because there's no salt making a difference where they are. Please, if you know Jesus, be where you're needed the most.