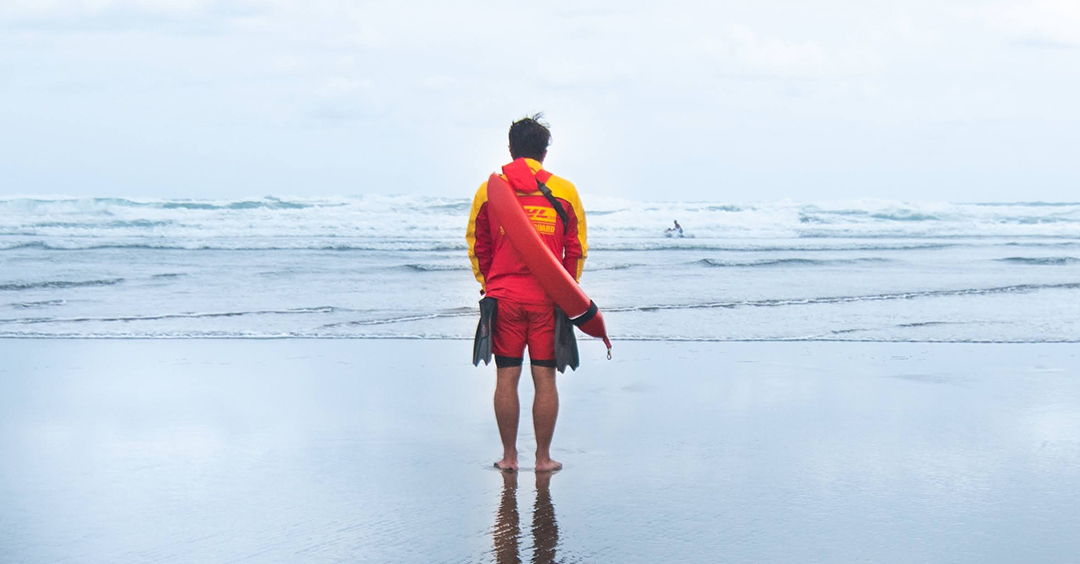 I never saw the movie Jaws, but I know it's about this shark that keeps snacking on people who are in the ocean. And that's why the lifeguard at Ocean City, New Jersey got my attention that summer day when he ordered all of us out of the water. Oh, I cooperated. I didn't even ask any questions. In moments, there were hundreds of people out of the water and lined up on the beach. But the shark was just in my imagination. The real problem was three children had gone out too far in high tide, and they were too close to the jetty in spite of a lifeguard's warning. So now they were in very serious trouble; they're going down.

I looked down toward the beaches to my left and my right, and the swimmers had been cleared from the water as far as I could see. All the lifeguards from all over were running from those beaches to our beach, and pretty soon every lifeguard in the neighborhood was there. Some were swimming out to the children; others were launching the rowboat and rowing right into high tide. Thankfully they rescued all three children relatively unharmed, but boy, was it dramatic! Those lifeguards, of course, usually stay in their own areas, but not this time. When it was life-or-death, they all worked together.

I'm Ron Hutchcraft and I want to have A Word With You today about "Running to the Rescue."

Our word for today from the Word of God highlights some verses from Acts 1 and 2. Jesus is actually briefing the 11 men who would launch His eternal rescue mission around the world. He says in Acts 1:8, "You will receive power when the Holy Spirit comes on you, and you will be My witnesses in Jerusalem, Judea, and Samaria and to the ends of the earth." What a massive challenge for 11 guys! Take this life-saving news across the city, across the area, and across the world! We're talking overwhelming!

So here's what they did. Verse 14: "They all joined together constantly in prayer." Good idea. Chapter 2, verse 1: "When the Day of Pentecost came they were all together in one place." Notice that word "together" again. Then in verse 41, "Those who accepted His message were baptized and about 3,000 were added to their number that day."

Okay, they're having an impact. Verse 44: "All the believers were together and had everything in common." Verse 47: "And the Lord added to their number daily those who were being saved."

They were surrounded by dying people without Christ. And they responded the same way the Ocean City Beach Patrol did that day. They realized they had to work together if they were going to rise to the rescue of those people. Now, the believers in your area, no matter what their distinctives are, their denominations and what differences they have; they are God's life-saving team in your community. More often than not, the tragedy in most places is that God's lifeguards are each working their own beach, often widely separated from each other.

That might be okay except for one thing. Lost people are going down while they're all huddled in their little corner of the beach. The fact is, in our lifetime America has become a post-Christian nation. The people we live around and work around know very little about the Bible or about our Savior. We're losing the battle to rescue people folks! How can we continue to work separately? Is it we've forgotten the price Jesus paid for these people? Have we forgotten the eternal hell when you miss the Savior?

Maybe it's time all of us admit what seems so obvious. We're all failing to truly make an impact; to make much of a difference in rescuing the perishing. And maybe you could be the one, like the lifeguard on our beach, to call to the rescuers from other groups and say, "Hey, people are dying here! Come on, we've got to work together!"

I can still picture those lifeguards running full speed to get together, because the cries of dying people brought them together. My brother, my sister, this is life or death. We have to go get them together.