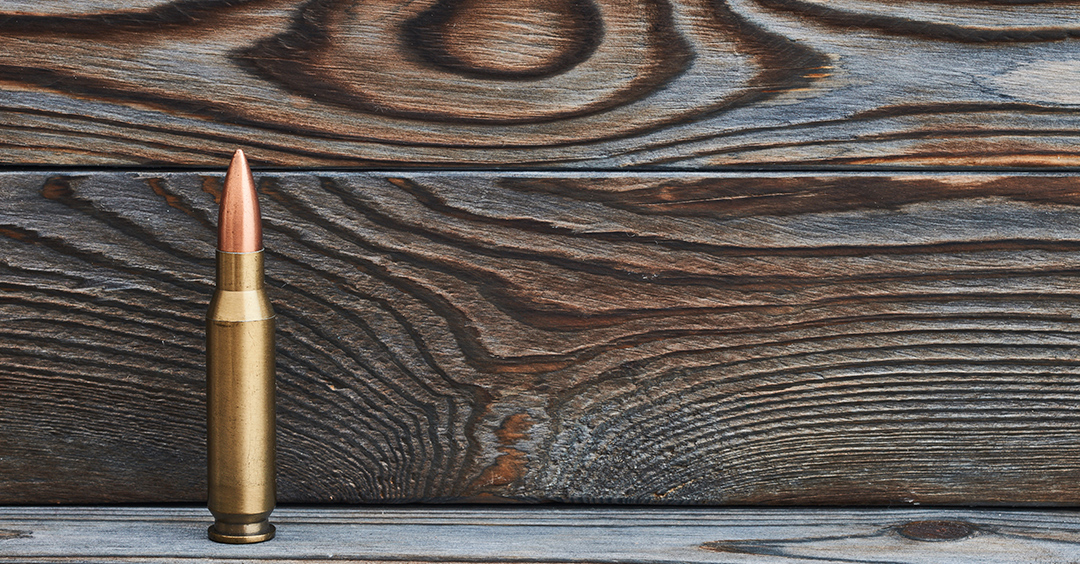 For many years, it was an inspiring book. Then it became a hit Broadway musical. Then it's been made into a movie several times. The story is Victor Hugo's classic, Lés Misérables. One of the many dramas in the book portrays the efforts of this group of valiant young men and women to fight to free their fellow Frenchmen from a tyrannical government. They make their stand against a massive French army at a makeshift wall they have constructed. They call it the "barricade of freedom." They fight bravely, but their cause is threatened by a major problem that develops. They begin to run out of ammunition. Well, this one little boy realizes that their fight for freedom can only continue if they can find more ammunition. So, he risks his own life to crawl across the battle zone, picking up bullets from wounded and dying French soldiers. Because you can't win the battle when you're running out of bullets.

I'm Ron Hutchcraft and I want to have A Word With You today about "Running Out of Ammo."

Right now, there's an ammunition shortage in the most decisive battle of all - that would be the battle for human souls, the battle for human lives. It began at the cross where Jesus died to make eternal life possible. It moved out across the planet at Jesus' command and in the power of His resurrection, and it continues this very day in cities and towns across this country and in every country of the world. It is a fight to liberate people Jesus died for from the penalty and the power of their sin, from an unspeakable eternity, and from Satan's chains.

But on so many fronts in the battle, Jesus' forces are running out of bullets. In many places God's soldiers are beating back the enemy, taking prisoners from the enemy and pushing back the darkness. But they're running short of bullets. The money just isn't there to keep pressing the battle.

All those letters and appeals you get asking for money for ministry - they're about a lot more than money. For ministries that are really making a difference, it's all about ammunition to keep fighting the battle for lives. But something's gone wrong. It can't be that God isn't giving the money to people through whom He wants to meet these needs. It must be that some of us are sitting on the ammunition instead of sending it to the front lines. And when we lose one of these battles, it's lives we lose - maybe forever.

Our word for today from the Word of God lays out how the supply line for God's army is supposed to work. And thinking of the economic battles and struggles and sometimes the downturns of our time, it seems particularly relevant to go back to those Macedonian believers that Paul cited as an example for all of us. Here's what Paul says, "Out of the most severe trial, their overflowing joy and their extreme poverty welled up in rich generosity...they gave as much as they were able, and even beyond their ability" (2 Corinthians 8:2-3).

It was sacrificial giving so the believers in Jerusalem would have the ammunition they needed to fight their battles. Why? It goes on to say, "For you know the grace of our Lord Jesus Christ, that though He was rich, yet for your sakes He became poor, so that through His poverty we might become rich" (2 Corinthians 8:9). Jesus impoverished Himself to make us rich, and He's the Son of God. So, how can we hang onto what He's given us so we can stay in our comfort zone? The battle for a lost and dying world is every believer's battle, not just the battle for a few spiritual daredevils who take all the risks, exercise all the faith, and make all the sacrifices.

For those who are fighting on the front lines, it's our responsibility to make every bullet count, to stay on mission, to always take the high road of integrity, and put our faith in Jehovah Jireh, not in our contributors. And for every one of us, we need to hear the cries from the front lines, "We're winning, but we're running out of ammunition!" Listen, while there time, let's throw everything we can into this battle for which Jesus gave everything He had!