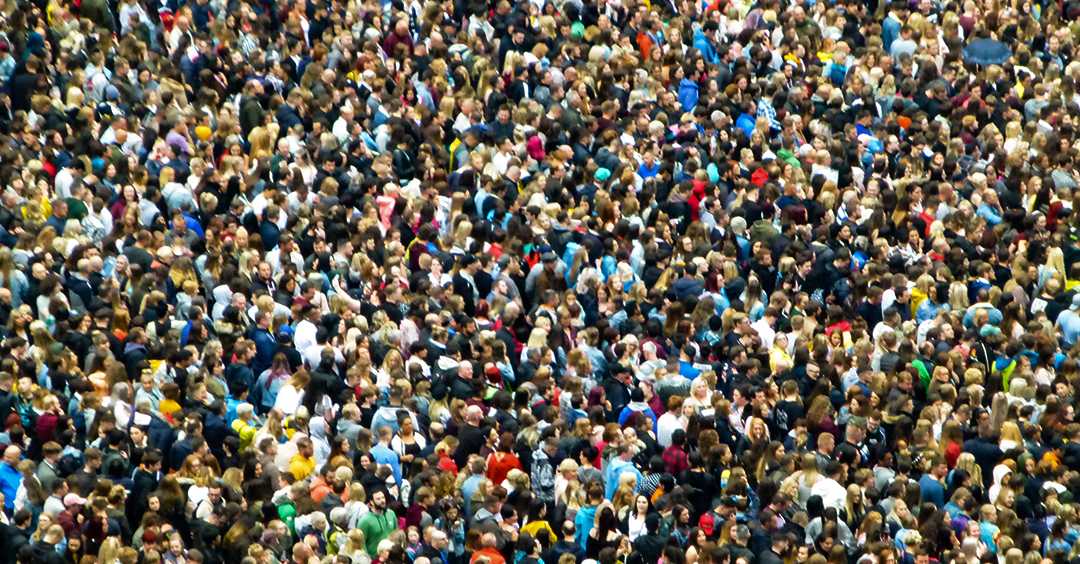 That's nothin'. In that same period of time, a billion more people joined us on this planet. And you know what? Our "global village" keeps changing the population sign, and we're getting close to eight billion!

I'm Ron Hutchcraft and I want to have A Word With You today about "More Of Us Than Ever."

Not just eight billion people; eight billion souls. Mark 8:6, tells us that according to Jesus, each one of them is worth more than "the whole world". And according to the Bible, each one of them will ultimately spend forever in heaven or hell. And 150,000 of them will slip into eternity today, tomorrow, and the next day; every single day. I don't know about you, but I find this more than breathtaking.

And the orders of Jesus remain unchanged. Here's our word for today from the Word of God in Mark 16:15, "Go into all the world and preach the Good News to everyone." Yeah everyone! Each of those almost eight billion humans deserves a chance to know that "God so loved the world that He gave His one and only Son" (John 3:16) to take their hell; to give them His heaven.

But as the number of lost souls grows exponentially, something strange is happening. Many Western churches are cutting back their missionary budgets, sometimes to spend more on themselves. The percentage of believers' income given to God's work is declining, and the percentage of that which goes to reaching a lost world is shamefully small.

Missionaries who are ready to take that Good News to some needy place in the world can't go yet. It's taking them like three years to find the support to go. And when some Christian young people tell their Christian parents they're sensing God's call to world missions, their parents are telling them to "do something more secure and just give to missionaries." You know, we want our kids to do something important, right? Don't tell God that. His Son was a missionary.

With nearly a billion more people to reach with each decade, how can we possibly be content to do it in the ways we've always done it? I mean, there's an unprecedented people explosion. We have within our reach an unprecedented communications explosion at the same time. Through technologies like the Internet, social networks like Facebook, mobile systems like iPads and smartphones, and in some parts of the world, the still powerful "old school" technologies of radio and television are prominent. Does this population explosion leave us any choice but to do, as Paul said, use "all possible means" (1 Corinthians 9:22) to give every soul at least one chance at Jesus? One chance to live. To capture the most powerful delivery systems in history to deliver the most powerful message in the world!

Exponential growth of souls on this planet is not just some fleeting headline; it is a mandate for every one of us who belongs to Jesus Christ. All of us, each of us, to pray differently, give differently, even plan our future differently.

We certainly cannot explain to God "business as usual" because God so loved the world.