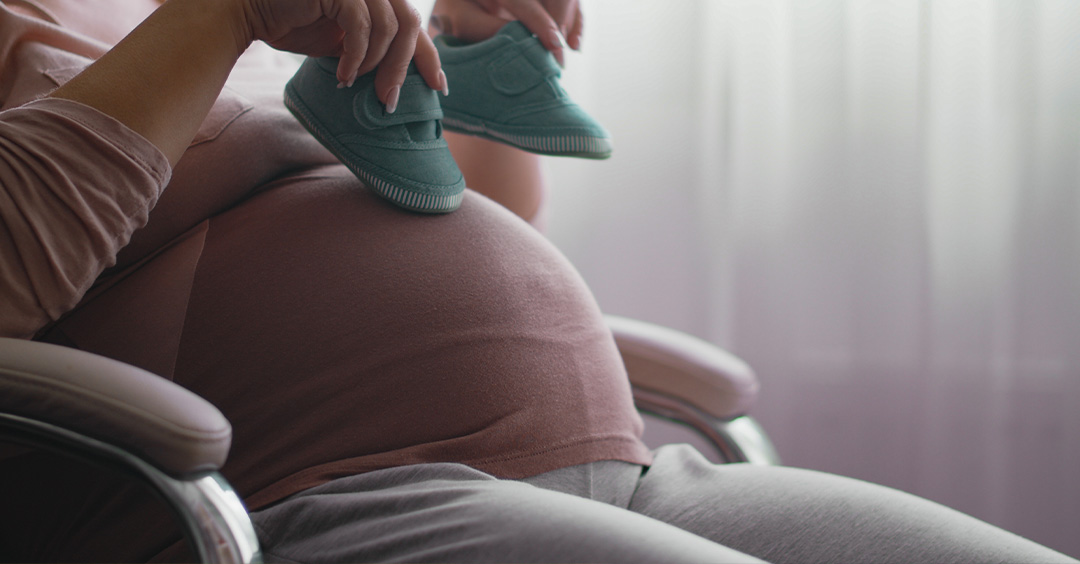 Our oldest son and his wife, who became our wonderful daughter, were living on an Indian reservation and had ministered there for several years. And then it was time to expect their first baby. It was wonderful that this baby girl was going to come. They lived pretty far from the hospital, so of course, you needed to "get in gear" when it was time. Right? And those were the words our daughter-in-law spoke that fateful night, "I think it's time!" Well, they had gone to the classes. They knew what to do. Oh, but my son? Well, he simply started (this is what I've been told) walking around in circles in his living room going, "Okay! Okay!" Meanwhile his wife's gently going, "It's time." "Okay! Okay!" Well, listen, when you know what time it is, you need to know what action to take.

I'm Ron Hutchcraft and I want to have A Word With You today about "Living Like You Know What Time It Is."

By the way, they got there in time. I thought you might want to know.

Well, you and I have been chosen by God to live in very important times, and it's important for us to know what time it is and what to do with that. I mean, people are exploring all kinds of spiritual answers. There are big questions about all the uncertainties of the world economy, and politics, and we're so dependent on technology.

Then there's worry about who's the latest to get nuclear weapons, and terrorism that can pop up anywhere, anytime, and a world that is looking more and more like the kind of world Jesus said he'd come back to than maybe it's ever looked before. These are extraordinary times. It's time to do some extraordinary living. It's time for some urgent action, because God is going, "It's time! It's time!" We're at a defining moment, and we've got to realize what time it is and respond accordingly.

Like some people did at another defining moment some 3,000 years ago. Israel was emerging as a nation, as they have again today. Their first king, Saul, had turned out to be a disaster. He died as a suicide in battle, and people are deciding where their allegiance is going to be. God has His man for king: David. He's about to take his rightful throne as his descendant, Jesus Christ, will do one day when He returns to earth to rule from what the Bible calls "the throne of David."

1 Chronicles 12 records that there were many fighting men who "came to Hebron fully determined to make David king over all Israel." We also read that "the Spirit came upon Amasai, chief of the Thirty, and he said: 'We are yours, O David! We are with you, O son of Jesse!'" And then in our word for today from the Word of God, 1 Chronicles 12:32, we read about one group of people who show us how to really be in a defining moment. And they lived in one; we live in one. The Bible describes "the men of Issachar, who understood the times and knew what Israel should do."

Now if you understand the times you're living in, you will know what you should do. And those who are committed to enthroning the rightful king - and we know Christ is that king - they show us the defining choice in defining times back then and now; making the King your king and living to enlarge His kingdom. They were, it says, "fully determined to make David king over all." That's where your choices lie. To make sure the king, King Jesus, first is your king. This is a moment like never before, to say, "I am Yours, O Jesus! I am with You, O Son of God!" He's moving toward wrapping up all of history. You'd better make sure He's the center of your personal history.

Secondly, if you really know what time it is, you're going to be living to enlarge this kingdom of King Jesus before He returns. That means getting as many people to belong to Him as you can. Throwing your influence and your money, your possessions into the greatest cause on this planet; the cause for which your King gave His life - rescuing spiritually dying people.

It has never mattered more to live for what really matters and what will matter forever. Can you hear Jesus saying it, "It's time!"?