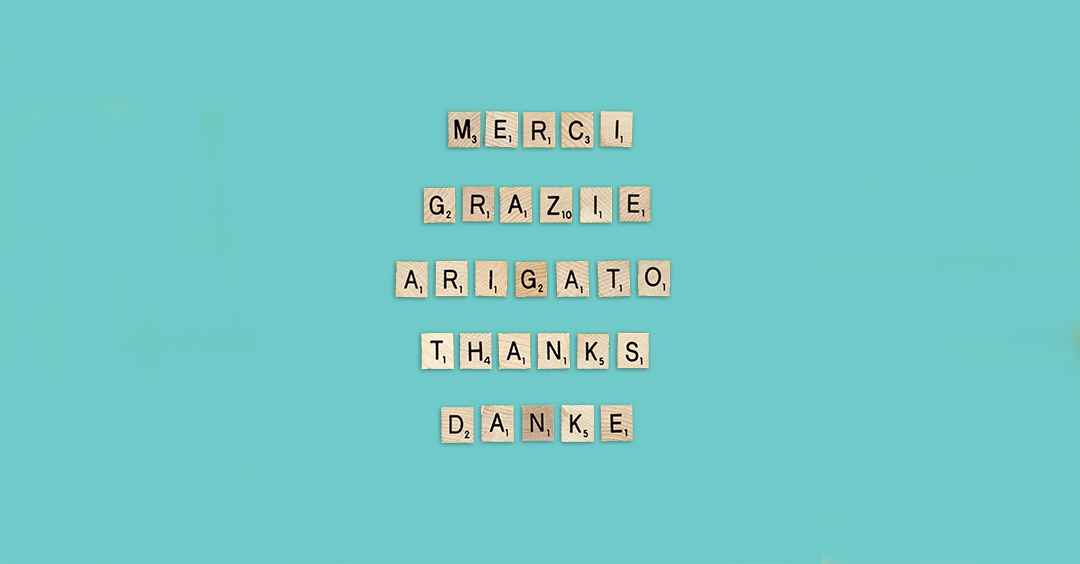 My wife and I had the opportunity to be in Geneva, Switzerland. Or as they say, "Genève." (I'm not sure about my French.) But it's a beautiful, French-speaking city in Switzerland. And since we were with our host most of the time, my wife and I got along just fine. But one day they left us on our own to do a little shopping, and we don't speak French. The first time I knew I was going to have a problem is when we went into this pharmacy, which, of course, was identified in French on the outside. I looked around, I had a couple of questions, and the pharmacist looked at me with a blank stare. Our English wasn't getting through.

Later on, our friend said to us, "Here in this place, if you don't speak their language, tough!" I said, "You mean even if that means money for them? We were trying to buy something." They said, "Hey, those people don't listen until you communicate in their language."

I'm Ron Hutchcraft and I want to have A Word With You today about "Listening for My Language."

Our word for today from the Word of God - Acts 2, begin reading at verse 4. It's the powerful Day of Pentecost where 3,000 people come to Christ in one day. But before that happened, listen. "All of them were filled with the Holy Spirit and they began to speak in other tongues as the Spirit enabled them. Now there were staying in Jerusalem God-fearing Jews from every nation under heaven. When they heard this sound, a crowd came together in bewilderment because each one heard them speaking in his own language."

Now, these early Christians had the most powerful message in the world; the one who had been crucified in that city only weeks before was now alive and available to be their Savior. But the apostles could have talked all day, like me in that store in Geneva, and never have gotten through - unless they communicated the message in the language of the listener.

And it wasn't a language that was easy for the one who was doing the speaking. Every foreign missionary knows that you've got to do language study before you do anything else. You don't go to Peru and say to somebody there, "Now, as soon as you learn to speak English I have some great news about God for you." Of course not! If you want to communicate Christ to the lost people around you, you've got to say it in their language. That's true in our culture today. We will have to use words that the lost people around us understand; not our "Christianese" that we talk all the time at church.

There's a lot of people, I think, who aren't rejecting our Savior so much as they're rejecting our vocabulary. They don't understand all this Christian talk. It's time we begin to practice the Gospel in everyday language; telling people there's a relationship you're supposed to have and that you don't have because of running your own life - that's sin. But you can have because Jesus paid the death penalty for that, and it's a relationship you must choose. We've got to find some non-religious way to tell them.

Let's think about this; we should be using music they understand if we're going to use music at all, because music is the language of a generation. If we insist that they hear about Christ in the traditional music we're used to, that we like, we'll probably forfeit them. We have to think of music as missionary languages, not just let it be a battleground over styles.

We're going to have to reach people in settings where they're comfortable, not where we're comfortable. We're talking about evangelism in a living room, or a park, or a Bible study at work or at school. If we wait for them to come to our religious turf, we'll probably leave them lost. It's time for God's people to break out of the walls of the church and reach people in places where they already are; addressing subjects they already care about.

We need to meet people where they are with a testimony out of our life that relates to their lives. Thousands came to Christ on this Day of Pentecost - the day that each one heard them speaking in his own language. Would you ask God to show you today how to speak the language of the people around you; to reach them with the words, the music, the issues, and the testimony that they'll understand?

And remember, you've got life or death information to deliver to the people within your reach. Their eternity depends on that information, and they're listening for their language.