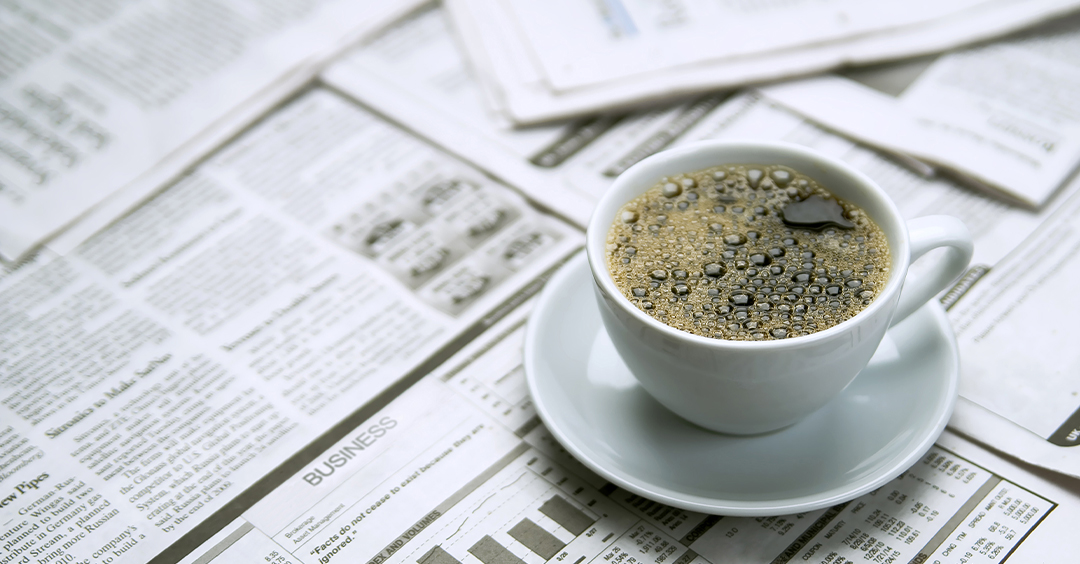 I'm a newspaper man! Not a career journalist. I'm a guy who likes his newspaper. But, I have to admit I get frustrated occasionally when it's not there; which means the delivery guy either goofed up or goofed off. See, there are many reporters all around the world who worked to collect that news, and then there's this expensive process of getting it all laid out, and edited, and printed. And the products of all that expense and all that effort ends up on the doorstep of one delivery person; some man or woman who's going to deliver it. You know what? If they don't deliver it, all that expensive effort doesn't get to me...it never reaches me. You know something? We're all in the delivery business.

I'm Ron Hutchcraft and I want to have A Word With You today about "It All Depends On the Delivery Person."

All right, let's climb in the time machine and go back through 20 centuries of people who have accepted Christ; millions and millions of followers of Christ, and go back to the very, very first one. At least it looks like he might be the first one. Where did it all begin?

We go back to John 1 for our word for today from the Word of God, and I'll read some excerpts to you. "The next day John" (that's John the Baptist) "was there again with two of His disciples. When he saw Jesus passing by, he said, 'Look, the Lamb of God.' Well, when the two disciples heard him say this, they followed Jesus. Turning around, Jesus saw them following and asked, 'What do you want?' They said, 'Rabbi, where are you staying?' He replied, 'Come and you will see.'"

Okay, this is how Andrew gets to Christ. And then verse 41 tells us that the first thing Andrew did - the first thing - was to go find his brother. His name was Simon, and he told him. "The next day Jesus decided to leave for Galilee. Finding Philip, He said to him, 'Follow Me.'" He was a neighbor of Andrew and Peter. Then verse 45 says, "Philip found Nathaniel. And he said, 'We have found the one the prophets wrote about.' Nathaniel said, 'How can any good thing come from Nazareth?' And Philip said, 'Come and see.'"

You see what's going on here? The good news about Jesus is spreading as each of His followers becomes a delivery boy or a delivery girl as the case may be. So, Andrew goes and gets Simon, and apparently they have some contact with Philip. Philip goes and gets Nathaniel, and then his faith is born. That's how we got to be millions of followers of Christ. It started through a chain of each one reaching one; that "come and see" chain, that "check out Jesus" chain. Come on and check Him out! They're not trying to change people's religion or their bad habits. But if you say, "Would you just take a look at Jesus; just consider what He's like." Make it about Jesus.

Now, you are somewhere in the middle of that chain. Someone delivered the news to you, thank God, and changed your eternity. And now you're the deliverer for someone around you. Are you having the good news put on your doorstep but then undelivered? We tend to hope that they'll be reached without us maybe having to do it. Very few are. Even the research on the great ministry of someone as powerful as the late Billy Graham showed that over 80% of the people that were there, were there because of a friend they knew who was a Christian.

God's plan is that each of us steps up to our part in the "check out Jesus" chain. You're the link in the chain to someone, and you are the best hope of being in heaven, humanly speaking, is you. There's someone in your life that you're closer to than any other Christian on this planet. You're their link. The good news was very expensive; it cost God's Son His life. Through the centuries it reached you because of people who risked to pass it on, saving a life, and now it sits on your doorstep ready to be delivered.

Don't miss this chance. God has done His part, now it's all in the hands of the delivery person. That's you!