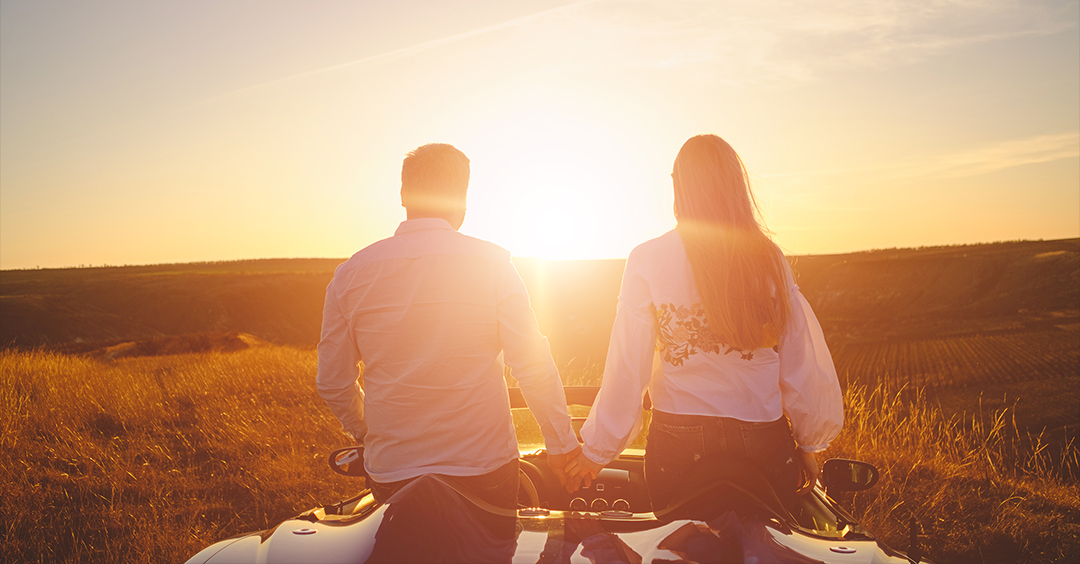 It was the good old days. The children were little. My wife and I could just decide we were going to go away for the weekend and announce to them where we were going, bundle them into the car and take off. Well, then they got to be teenagers. That got to be a little bit more complicated. Their vote would count a lot more as far as the decision-making process went.

So, let's say, I would decide this wonderful trip that I had planned, and then they would bring up that very familiar teenage issue no matter how good the trip sounded, "How about my friend? I can't be away from my friends!" And then we would hear this strong appeal from them, "I want to take a friend." Well, depending on where you're going, that just might be a tremendous idea.

I'm Ron Hutchcraft and I want to have A Word With You today about "I Want To Take a Friend."

Our word for today from the Word of God - John 1. I'm going to begin reading at verse 40: "Andrew, Simon Peter's brother, was one of the two who had heard what John had said about Jesus and had followed Jesus. The first thing Andrew did was to find his brother, Simon, and tell him, 'We have found the Messiah, that is the Christ!'" And then I love these words: "And he brought him to Jesus."

The problem with our concern for lost people is that often it's kind of general, unfocused, theological, and it's mostly talk and not very much action. Oh, we have a burden for the lost maybe. And it says, "Lord, reach the unsaved. Help the lost wherever they may be and whoever they may be." A burden for the lost, though, usually goes nowhere until it has a name. Andrew knew that. He knew who he wanted to bring to Jesus. So should you! So should I!

I often ask young people to make a list of four names; four people in their world that they think are right now not headed for heaven, but people they want to see in heaven when they get there. Then slowly I would take them through a step-by-step process where I asked them to get it down to one person; the one person that they're most going to look for when they get to heaven. "Oh, man, I hope Kim is here. I hope Bill is here." Who is that person you want to see in heaven?

What happens if you say, "Jesus, is Kim here? Is Bill here?" And He says, "Oh, did you bring him? Did you bring her?" Would you commit yourself to do whatever it takes to share Christ with that friend? Picture yourself holding Jesus in one hand and that friend with the other, and being the one bringing them together. We can't just sit in our little Christian cocoon and allow our love for the lost to be just sterile, general, theological.

Your life takes on a whole new urgency, a whole new importance, a whole new excitement when you think about heaven and you say to Jesus, "I want to take a friend."