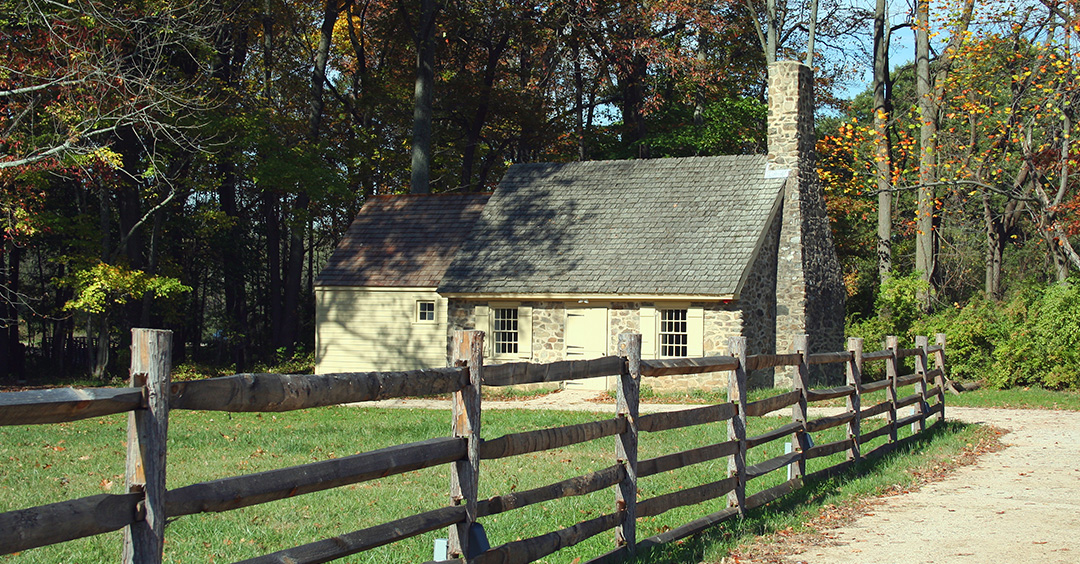 So why did the American colonists win the Revolution? Well, it wouldn't surprise you if you saw how the redcoats fought. They fought battles in the old fashioned European way. They lined up in straight rows. The front row shoots. The next row rotates in while the others reload. Now, the colonists on the other hand didn't believe in lining up. They just came from everywhere. So those red uniforms all lined up in a rigid row? Well, that's like target practice. The colonists looked like they were disorganized, but their new way of fighting won the battle.

I'm Ron Hutchcraft and I want to have A Word With You today about "How Staying the Same Can Cost Us the Lost."

Our word for today from the Word of God comes from Luke 5:30. The religious leaders are criticizing how Jesus is going about reaching people. The Pharisees and the people who followed them, they're complaining to Jesus' disciples, "Why do you eat and drink with tax collectors and sinners?" Jesus answered them, "It's not the healthy who need a doctor, but the sick. I've not come to call the righteous, but sinners to repentance." Later He said, "No one pours new wine into old wine skins, because the new wine will burst the skins. The wine will run out and the wine skins will be ruined. No, new wine must be poured into a new wine skin."

See, Jesus broke out of the religious mold to reach people that no one was touching - new wine skins. Now, in those days the bottles in Palestine were really animal skins. And the wine would ferment and it would give off this gas. And if the bottle was new and it had elasticity in the skin, then it gave with the pressure. If it was an old wine skin, it was dry and hard, and of course it burst.

Sometimes you have to replace an old idea with a new idea if you want God to do a new thing; if you want to reach people no one's been reaching. Like those Revolutionary War soldiers. The redcoats? They were rigid and they lost. The ones who were flexible won the battle.

Maybe God is trying to do a new thing in your life, in your church, in your ministry. Could it be you're unwilling to go with His flow? There are some things that never change and must never change; the product so to speak, the Gospel, the message, the doctrine of Jesus Christ. That must never change. But the package? That can change. Never the message, but often the method will change.

The world of lost people and the world of the church have never been so far apart. I call them the new unbelievers, America's post-Christians. They're biblically illiterate. They don't ever plan to go to a religious meeting to hear a religious speaker talk on a religious subject. It takes new approaches to reach them. Or else we could just leave them lost like they have been.

We've got to leave the church building to reach them in many cases. They're probably not going to come in. We need to have our outreaches on neutral ground. We have to learn to express Christ without all our religious language. Maybe we're going to have to use some new music, because it's the language of the natives we're trying to reach. All missionaries know that you do it in the language of the person you're trying to reach. That might mean some new ideas.

Maybe we need to learn to wrap this gospel that is unfamiliar to so many people in a familiar need that they do know about. We talk about marriage and parenting, or handling stress, or sex, or singleness. And you move from those things that they do know about into the story of Jesus to show the difference that a Savior like Jesus could make.

In Jesus' day the religious people totally missed what God was doing because they would not accept a new approach. The British soldiers in Revolutionary War times lost because they were rigid. We're in a battle for our town, our neighbors, the ever-living, never-dying souls of people. Their eternities are at stake.

If God says, "I'm doing a new thing," let's not lose the battle by insisting on the same old formation.