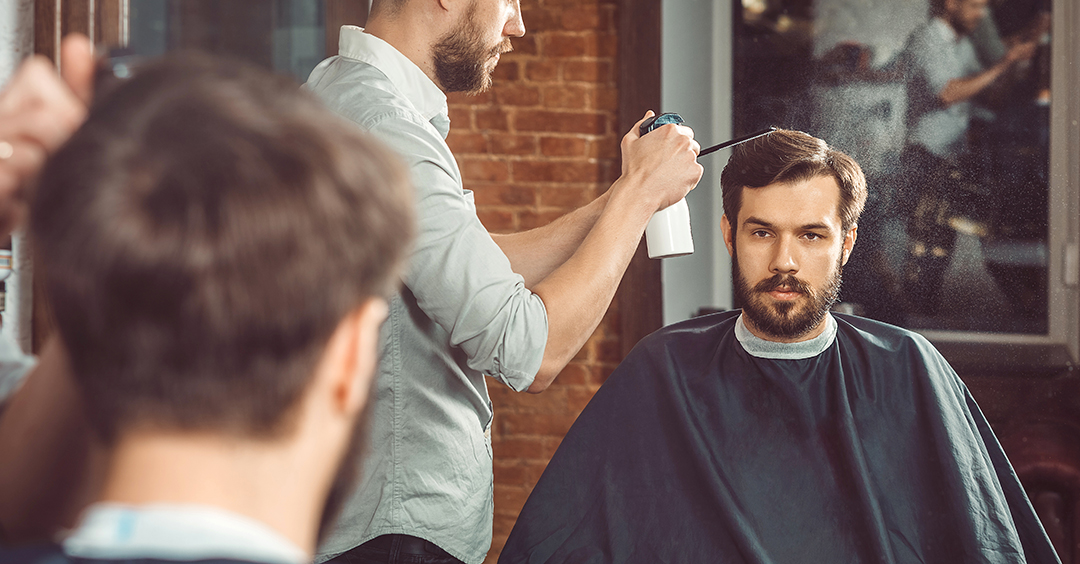 I think barbers ought to get, like you know, honorary degrees in psychology. They end up listening to everyone's problems and oftentimes they end up giving counsel. Every once in a while I get to hear some of a barber's feelings, and that's when you kind of get the psychology degree. You see, we sort of turn the tables, or the chair as the case may be in the barber shop.

One day my barber was sounding his very frequent lament. He was telling me that no one wants to learn barbering any more. The hours are too long, the pay isn't enough, you've got to be on your feet all day, and it requires a skill that takes time to learn. He said, "When this generation of hair cutters dies off, there won't be many young barbers to take their place." Well, if that happens, we'll probably figure out something to do with our hair - I mean what's left of it - and some of us will solve the problem by losing it so we don't need a barber any more. Well, the barber was worried about not having the next generation of hair cutters. Well, let me tell you, there's a much greater concern that's life-or-death.

I'm Ron Hutchcraft and I want to have A Word With You today about "Hands to Hold the Torch."

Our word for today from the Word of God, Ezekiel 22:30. "I looked for a man among them who would build up the wall and stand before Me in the gap on behalf of the land, so I would not have to destroy it." And then these sad words, "But I found none."

A century ago, D. L. Moody would say, "God is looking for gap men." And I would say the same thing today. God says, "I'm looking for men and women who will stand in My gap on behalf of the lost." I hope He doesn't have to say, "I found none."

It was 1956, and five American missionaries landed by the Curaray River in Ecuador in their missionary plane. Nate Saint was their pilot. Their objective was to take Christ to the unreached Auca or now we know Waodani Indians, known for their murderous ways. No one had ever really survived being with them. And those missionaries never came back. They were murdered by the very people they were trying to reach; martyred by them; their bodies left in the river. The news flashed around the world.

The quotation of Jim Elliott, who was one of those martyred missionaries, has now come down to our day, "He is no fool who gives what he cannot keep to gain what he cannot lose." That story was told and retold again and again, and hundreds of young people like myself gave ourselves to Christian service. And that generation has reached who knows how many people for Christ across the years. And perhaps the greatest miracle of all is that all of the men who murdered those missionaries came to know Christ as their Savior, and one of them even baptized one of those missionaries' sons. Virtually their whole tribe was reached.

The sister of one of those martyrs, Nate Saint, was Rachel Saint. She continued her brother's work with the Waodani. She passed away in 1994 at the age of 80 and one of the things she was most concerned about and was very emotional about was, "Who will carry on the work?" You know, that's the cry from aging missionaries around the world. They're dying or retiring, and there just aren't enough to take their place. The torch is about to be dropped in places where some have given their lives to establish a beachhead for Christ.

Other religions in certain parts of the world grow much faster than Christianity. And we can feel Christ's return in the air sometimes. Could it be that God is calling you to be a gap person, to pick up the torch; maybe your child or maybe your grandchild? Don't stand in their way.

Charles Spurgeon said, "If God has called you to be a missionary, don't stoop to be a king." There's a gap. I even know Christian parents who are discouraging their children from going into God's service today. But God is asking, "Who will carry on My work in these days before My Son returns?"