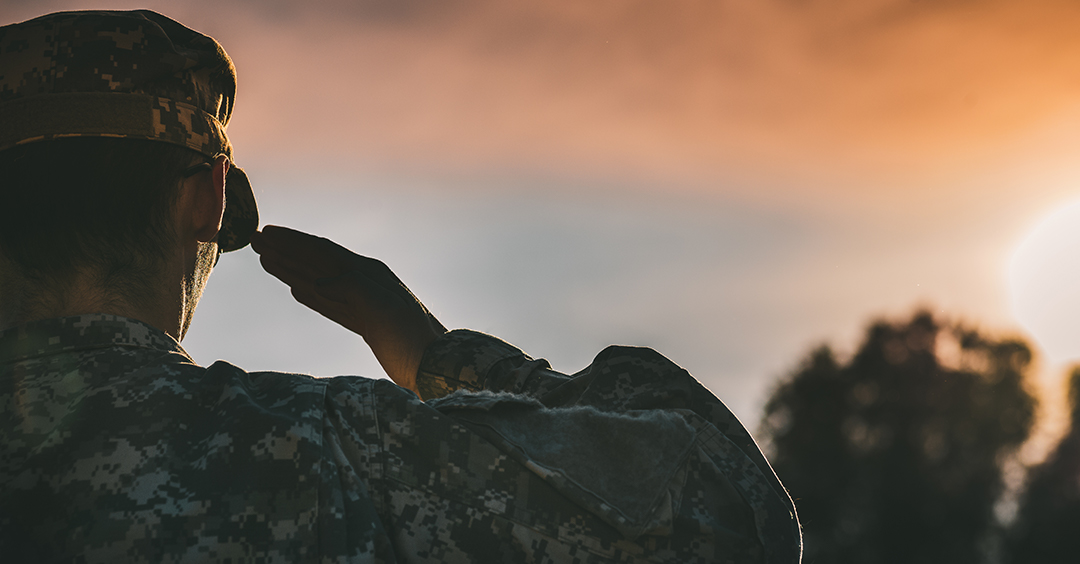 Actually, that song turned out to be somewhat prophetic in my life, because God called me into the ministry, and the government classified me as 4D in terms of draft status in college. That didn't mean I flunked; it just meant I wasn't drafted because of a ministerial deferment. Now, you may or may not have marched in the infantry, ridden in the cavalry, shot the artillery, or flown over the enemy, but you are military.

I'm Ron Hutchcraft and I want to have A Word With You today about "Good Morning, Soldier."

Our word for today from the Word of God comes from 2 Timothy 2:1. And it says this: "You, then, my son, be strong in the grace that is in Christ Jesus." Okay, our call to strength. Verse 3 gives us a call to endurance, "Endure hardship with us like a good soldier of Jesus Christ." And verse 4 is a call to combat. Listen to this, "No one serving as a soldier gets involved in civilian affairs. He wants to please his commanding officer."

Now, God has no deferments. If you know Christ, you are in His army. It helps you remember why you're here. If you can imagine that you're waking up each day and Jesus is standing right there at the door of the bathroom, or right by your bed, and He's saying, "Good morning, soldier!" If you understand that a soldier is what you really are, it will simplify life's choices in three very clear-cut areas.

First of all, you know what your mission is. General McArthur said that a soldier has a special calling, and that is "he exists to win his nation's wars." Well, you and I are called to win our Savior's wars. That's what your major mission is for today, to fight for lives that Jesus is fighting for, to stand against sin and compromise that He stands against, to guard your purity, to attack those sinful strongholds in your life. Soldiers in war time have many different tasks, from cooking, to repairing, to supplying, to fighting. But each soldier knows that his task is part of winning a war. You getting up every morning to win your Savior's wars? Well, you should. You know what your mission is.

Secondly, if you're a soldier, you don't have to be trapped by trivia. That's what this verse says. You don't get tangled up in the little affairs of life. A soldier doesn't have to worry about what he's going to wear. That's taken care of. Where he's going to live, what his schedule will be. That's taken care of. His or her needs are met. He or she concentrates on the battle. You let your commander know your needs; your commander, Jesus, will meet them and you fight His battles.

Thirdly, you know who you report to. This says he wants to please his commanding officer. You don't have many people to please, you've got one. "How am I doing, Lord?" See, that's the only approval you need. So, would you wear His uniform proudly? These are exciting days. The battle lines are forming for what could be some of the final spiritual battles on this planet, and you've been commissioned to help win your Savior's wars before He returns.

You may not wake up to Reveille, but your captain is saying, "Good morning, soldier."