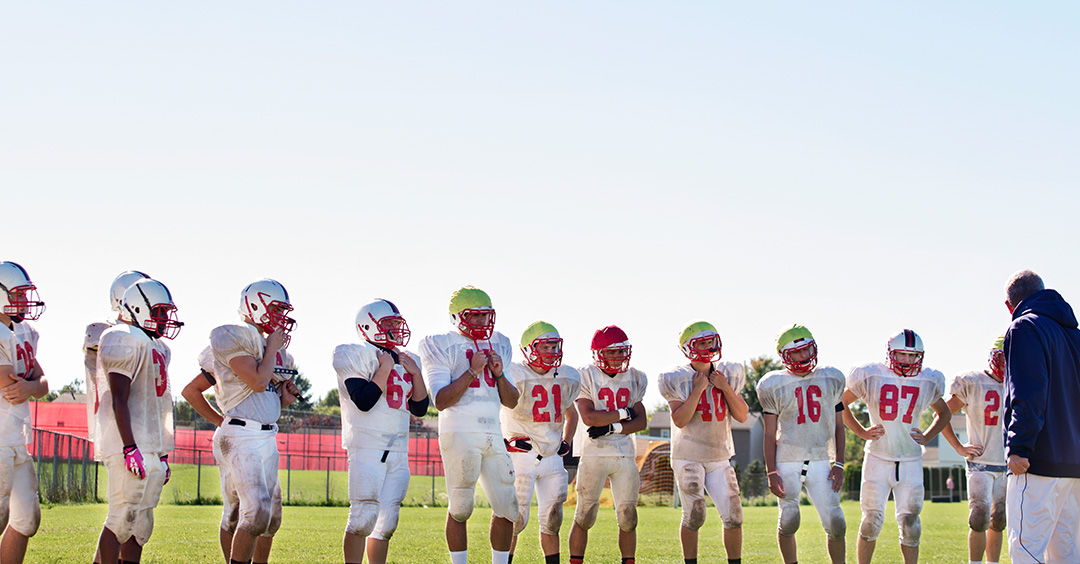 I met Gary when we were both working with our local high school football team. He was a coach. I was the football. No, actually I was sort of an unofficial chaplain for the team. Gary was basically a happy guy, pretty laid back. Until "they" come up in the conversation. "They" are the men who were prisoners of war or missing in action in the Vietnam War. When it came to the subject of the MIA's who had not been accounted for, Gary wasn't laid back anymore. Suddenly he was really intense, really serious. See, Gary was one of a number of veterans determined to do whatever they could to make sure that we would do everything we could to locate them, and at least to give an account for missing soldiers.

I was at a flag-raising ceremony where Gary participated in uniform. The rallying point of the veterans was that black flag - maybe you've seen one. They're still around. It has the silhouette of a man's head on it, the words POW and MIA, and a stirring four-word motto, "You are not forgotten."

I'm Ron Hutchcraft and I want to have A Word With You today about "Going After God's MIA's."

I got to thinking about some other MIA's the other day when I got a call from a friend. He told me he'd been missing in action spiritually for a while. He said, "My wife and I got real busy, we started using Sunday as a day just to sleep late and lay low, and we haven't been to church in a long time." They used to be real active. They're back now. I'll tell you how that all happened in just a moment.

But first, our word for today from the Word of God. It's from John 10. Beginning in verse 15, Jesus says, "I lay down My life for the sheep. I have other sheep that are not of this sheep pen. I must bring them also." So, is Jesus content just to rest with the sheep that are already in? Never! There are still sheep He laid down His life for who are still missing in action.

My friend - the spiritual MIA - told me he was at a basketball game and a man from their old church came up to him, put his arm around him, and said, "Tom, we really miss you. Why don't you come back to church?" Doesn't sound like much, but that was all it took to make an MIA want to come home spiritually. I thank God for at least one man in that church who was looking out for the MIAs. Who reached out to one and said, "Man, you are not forgotten."

The problem is that most of us are so busy in our personal rat race, and sometimes so comfy in our Christian cocoon, that we forget the ones who aren't home yet. But would you listen to the heart of Jesus? He's aching for those who are still out there lost. How much do the MIAs bother you?

It's so easy to settle into our Christian routine, keep our busy Christian schedule, do all our Christian activities and slowly but surely forget the people Jesus died for who don't even know that yet. We get numb, we get complacent, we get comfortable, forgetting that our Lord's mission was "to seek and to save those who are lost" (Luke 19:10). If we're following Him, that's where we'll be going. We can't claim to be much of a follower of Jesus if we're not passionate about the people who are lost, who are dying, those He died for, those who are away from Him. In the midst of enjoying all those who are already home, the heart of Jesus is out there with the people who aren't home yet.

And you know some of them. You know people who are spiritually missing in action. Do you care? Would you ask the Shepherd to break your heart for them as His heart is broken? Would you get actively involved in going after them? Would you be sure that your fellow believers, your ministry, your church do not forget them?

Jesus has not forgotten the ones who aren't home yet. Please, don't you forget them.