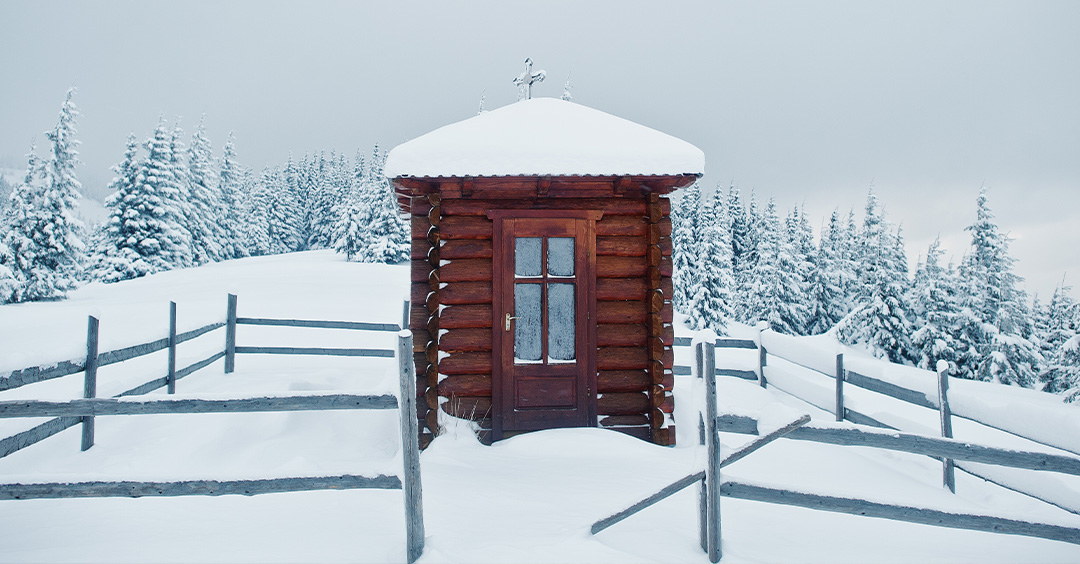 That particular Christmas I saw something I would not soon forget. I was visiting a theme park that has a wonderful Christmas festival, including a service in their old log chapel. We sang some of the old carols and then there was a short time when we had our eyes closed in prayer. As I opened my eyes, I noticed that someone had slipped in to the old wooden bench across from me - Santa Claus. Yep, there he was red suit, real white hair, real white beard - except for his Santa hat which he had removed to pray. There was Santa Claus, eyes closed and head bowed on his folded hands praying. Look, I've seen a lot of Santas. I've never seen one praying before. As I visited with him afterwards, he told me how he tried to remind each boy and girl who sat on his lap of the Savior who came on Christmas to die for us. Now, that's one amazing Santa!

I'm Ron Hutchcraft and I want to have A Word With You today about "Even Santa Knows What Time It Is."

In this memorable Christmas encounter, even Santa knew what Christmas is for. Christmas is the time to be telling people about Jesus. Yes, Santa and shopping and social demands can monopolize this season and marginalize Jesus, but it's when we celebrate His birthday. And it's the time of year when the hearts of the lost people you know are softer toward Jesus and more aware of Jesus than any other time of the year.

Christmas has been the time to tell about Jesus since the day He arrived on earth. The shepherds must have understood that when the angels said this was "good news" and it was "for all the people" (Luke 2:10). They must have understood that it was up to them to tell the news. In Luke 2:16-18, our word for today from the Word of God, the Bible says, "They hurried off and found Mary and Joseph, and the baby, who was lying in the manger. When they had seen him, they spread the word concerning what had been told them about this child, and all who heard it were amazed."

It was clear from day one of Jesus on earth. When you've met Jesus, you're supposed to tell about Jesus. There's some research that shows that up to 90% of those who know Jesus never tell anyone about Jesus. Now, they live a good Christian life and that's important because it shows the difference Jesus makes. But someone could watch you for the next 50 years and they're not going to figure this out. They're not going to say, "Oh, you know, Charlie is such a nice guy. I'll bet Jesus died on the cross for my sins." They're not going to figure that out! You have to tell them! From the shepherds to the Santa in the chapel, Christmas has been the time to tell what you know about Jesus.

The shepherds weren't trained, professional God-salesmen. They were, at best, everyday guys with an extraordinary story to tell, and that's who you are. And they'll listen to you like they listened to those shepherds because you're an ordinary person like the lost people you know. Your ordinariness is your best qualification to be the one to tell them about Jesus. And you have the information on which their eternity depends. Silence is a sin that could cost them heaven.

Take advantage of this season when Jesus is more on people's minds than any other time. Write that letter to someone you love, thanking them for what they mean to you and telling them what Jesus has done for you. Have those lost neighbors or friends over, and pray for open doors to speak about your personal relationship with Jesus Christ.

Give something special to people in your world - something nice that helps point them to Jesus. Be intentional about sharing Jesus in these days before Christmas. It may be the best - and in some cases, the last - opportunity you will have with some of those people. And there is no greater gift you could give to your Savior this Christmas than the life of someone He died for!