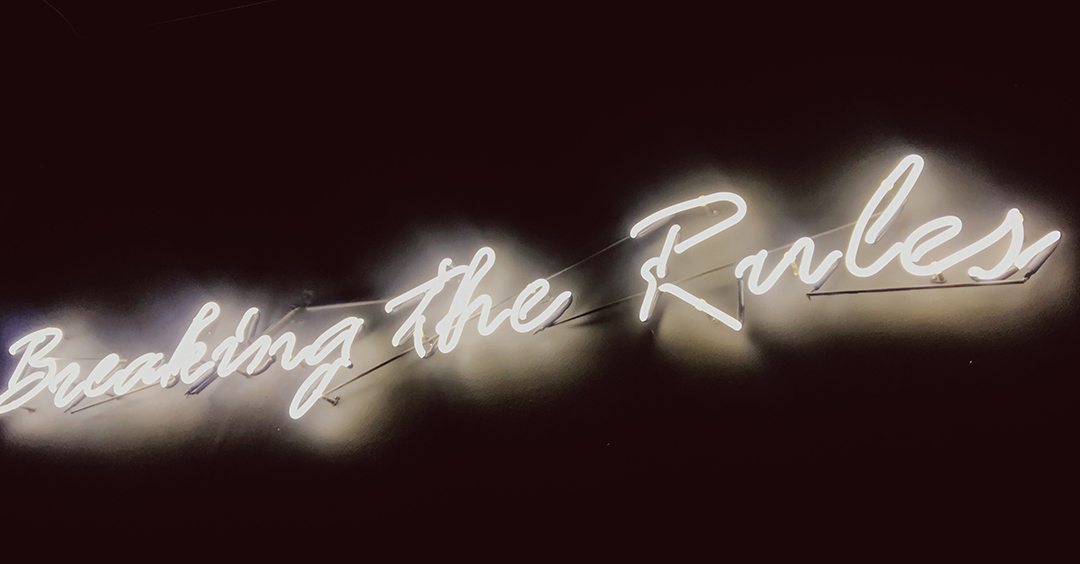 Up to that point no living Marine has ever received the Congressional Medal of Honor from the war in Afghanistan...until Dakota Meyer, 23 years old. He has been awarded the nation's highest military honor for saving 36 lives during a vicious, six-hour firefight in the mountains of Afghanistan.

It actually started with an enemy ambush that very quickly pinned down a lot of Meyer's unit. Amazingly, this Kentucky farm boy made a total of five trips into the kill zone to rescue his comrades. And you know what? He had to disobey orders to do it. His superiors told him he couldn't go in. He went in anyway, because people would die if he didn't.

I'm Ron Hutchcraft and I want to have A Word With You today about "Breaking Rules, Saving Lives."

It hit me as I read this story, sometimes you really do have to kind of go "out-of-bounds" to save dying people; spiritually dying people that is - people without my Jesus. Our word for today from the Word of God is from Ephesians 2:12. It describes these people as "without hope" and "perishing" (1 Corinthians 1:18). Now with so many so far from the world of the church, so clueless about all this Christian stuff we take for granted, we will never rescue them unless, well, I guess you might say, "break some of the rules."

I don't mean God's rules, of course. It's never right to do something displeasing to God in order to bring somebody to Him. But I'm talking about the unspoken "rules" of our Christian "cocoon." The fact is, our conventional means of reaching people for Jesus seem to be rescuing less and less. And if we keep on doing what we have been doing, we'll keep on reaching who we have been reaching, and countless souls will be lost forever and we'll be accountable.

Coloring outside the lines, going outside the box - call it whatever you want. We'll have to go beyond those methodological boundaries that a lot of God's people have considered acceptable. We won't see the church as the primary place to rescue people, because most lost folks are, and plan to stay, outside those walls. We'll "seek and save the lost" (Luke 19:10). The new front-lines in spiritual rescue? It's places like our living rooms...the gym, the golf course, the locker room, the PTA, the restaurant, the carpool, maybe the hospital, school events, the funeral home. How about on our Facebook page, our smartphone, our personal notes, other social media?

You know, lost people don't speak "Christianese," which is all those rich religious words that us church folks speak without thinking. We just can't afford for people to miss our Jesus because we won't leave our "safe" vocabulary and explain Jesus in everyday language, even though that might be a stretch for us. It's time to break out of the boundaries of Christianese to say it so they get it.

Paul got in trouble for "disobeying the rules" in order to help people go to heaven. A lot of the religious folks slammed him for becoming "all things to all men that by all possible means I might save some" (1 Corinthians 9:22). But saving the lost was his non-negotiable, not pleasing the found.

And remember, they said, "Jesus, you're a friend of sinners." I imagine He said, "Why, thank you for the compliment." Indeed He was, and He had trouble with the religious folks too. They didn't like the fact He was going out-of-bounds because that's where the dying people were.

Rescuing? It always means risking, including the misunderstanding; maybe the criticism of people who love those unspoken "rules" but aren't reaching the lost. Jesus knows about that. Remember? Yeah, He made the "rules people" pretty uncomfortable.

So they crucified Him, and we were saved.