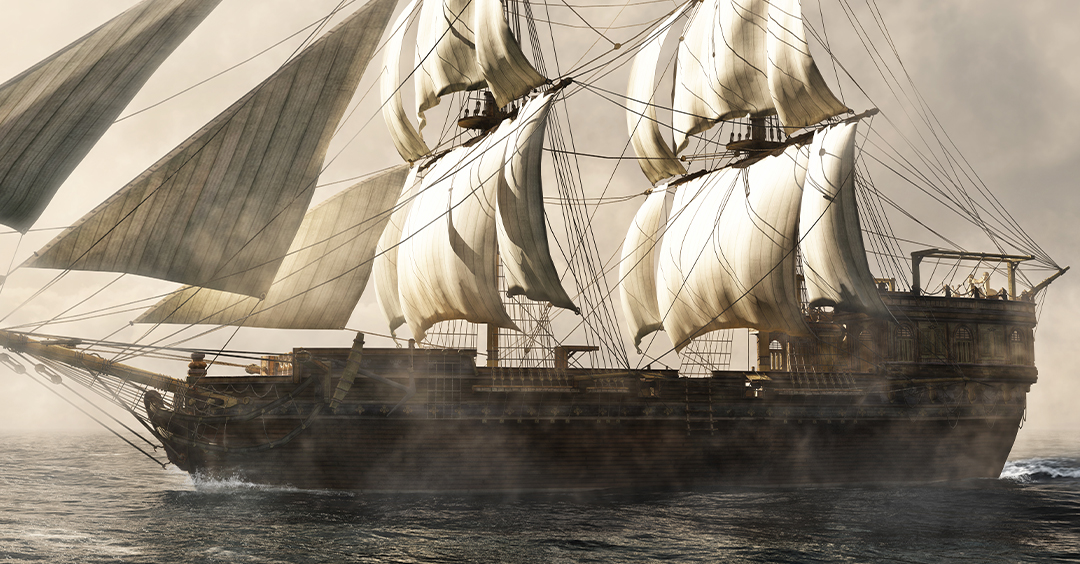 There almost was no first Thanksgiving. There were almost no Pilgrims. Those Pilgrims who landed at Plymouth Rock got hit very hard their first winter. Many of them died, and many more could have died from starvation if it hadn't been for one man - an Indian brave called Squanto. As a young man, he'd been kidnapped and carried off to England to be a servant. While Squanto was there, he learned English and he learned about Christ. Because of the kindness of some of the people he met, he eventually made it back across the Atlantic to his people; except his people weren't there anymore.

While he was gone, there'd been an epidemic that wiped out his entire village. Squanto was the only one left. This is a man who knew a lot of tragedy and a lot of hurt, but still he reached out to those early Plymouth settlers, struggling to survive. He taught them what his people knew about how to grow crops in that environment. He helped to build bridges between them and the Native Americans who surrounded them. He understood their language, he understood their faith, and he saved their lives.

I'm Ron Hutchcraft and I want to have A Word With You today about "A Thanksgiving Kind of Hero."

If you belong to Jesus Christ, Squanto is more than just an interesting character in the story of the First Thanksgiving. He's a picture of your life, your destiny assignment from God. Because Squanto was Native American, he knew how to live in the new land of the pilgrims. Because he'd been wrongfully hijacked to another country, he understood the people who were struggling to survive in his land. Everything in his life seemed to prepare him for a vital mission - to help save the lives of people who otherwise would have died.

That's you - divinely positioned by God to help some people in your personal world meet His Son, Jesus; their only hope of having any meaning in this life; their only hope of heaven when this life is over. And you're divinely prepared by God. The experiences, the interests, the personality, even the pain - they're all gifts He's given to you to connect with people who will listen to someone like you.

2 Kings 7:9, our word for today from the Word of God, another picture of the life-or-death mission that God has entrusted to all of us. It's the story of four lepers who eked out a life outside the walls of their city; they weren't allowed in the city because of their leprosy. But when an enemy army besieged their city, nearly starving them into surrender, well there was no food to keep the lepers alive. Each morning, they could hear the anguished cries of a mother in the city whose child had starved to death during the night. In desperation, they just decided to walk into the enemy camp and try to surrender. And to their amazement, they found the enemy camp deserted. God had miraculously frightened that army into retreat. So the lepers went from tent to tent, gorging themselves with food.

Finally, they woke up to the mission they had - because of what they had found. The Bible says, "They said to each other, 'We are not doing right. This is a day of good news and we are keeping it to ourselves...Let's go at once and report this...'" They did, and they saved many lives.

You have Jesus. You have the good news that lives around you depend on. Are you keeping it to yourself? Whatever you're afraid of, whatever is keeping you from telling the people you know about your Jesus, can it possibly be as bad as letting them live and die without knowing their only hope? God has divinely prepared you to be the kind of person they'll listen to. Your biography? That's your credentials, and God has divinely positioned you to help the people you know be in heaven with you. Freely you have received, freely give. Tell them your Hope Story so they can have one too.

Talk about "Thanksgiving" - just imagine a day in heaven when you meet the people that you've told about Jesus. They'll be giving thanks to Jesus forever for what He did for them on the cross, and to you for telling them about Him.