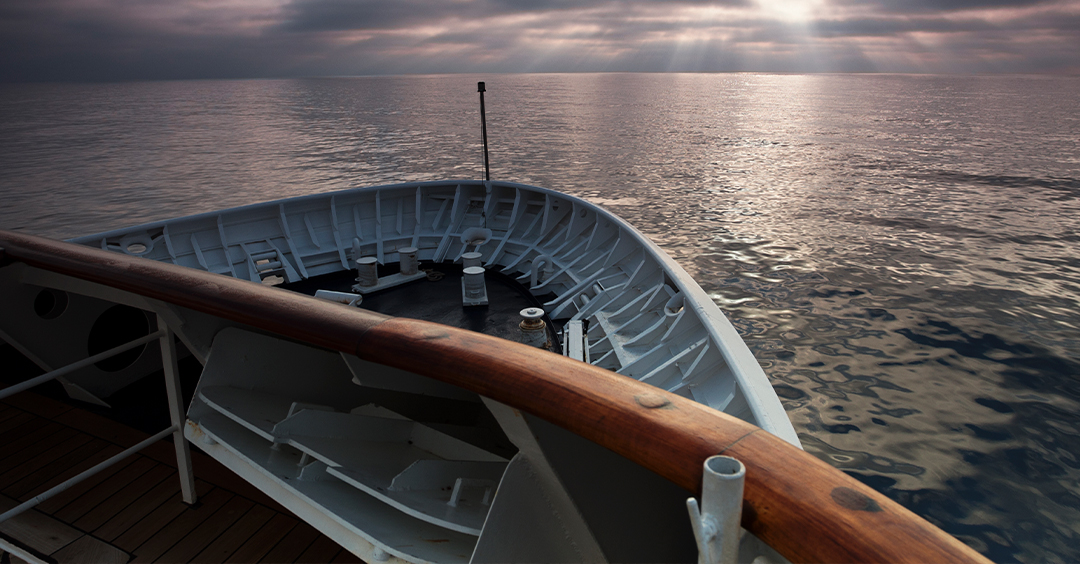 There's just something about the Titanic, that ship that sank, but it seems like our fascination with it is unsinkable. But in the many moving stories of that horrible haunting night, there's one that just blows me away. One passenger - John Harper: A man whose life and choices during those three fateful hours still give me goosebumps.

John Harper was a Scottish pastor, a widower with a six-year-old daughter, a man who'd been invited to preach at Chicago's prestigious Moody Memorial Church. It was April 1912. And it just so happened that a ship - the new world wonder, named Titanic, was sailing for America. John Harper booked passage for himself, along with his daughter Nina and her aunt.

Later, passengers would report that John was seen pretty often. He'd be talking about Jesus with fellow passengers, and He would gently inquire, "Are you saved?" He cared deeply about whether folks had ever asked Jesus, God's Rescuer from heaven, to save them from the penalty for their sin. None of those passengers had any idea how close they were to eternity. Well, John watched the glorious sunset on the evening of April 14 and he commented, "Oh, it will be beautiful in the morning." By morning some 1,500 Titanic passengers would be in eternity.

I'm Ron Hutchcraft and I want to have A Word With You today about "A Light In Titanic's Dark Night."

At 11:40 that night, the unsinkable ship sideswiped that iceberg, and John Harper quickly realized the Titanic was going down. He made sure his precious daughter was in her aunt's arms as he put her in Lifeboat 11 and said, "I'll see you again someday."

As the great ship went under, he ended up in the 28-degree water in a lifejacket. John was swimming feverishly from person to person, asking about their relationship with Christ. When one man told him he was not "saved," this man of God gave him his lifejacket and then swam to tell another man about Jesus.

Now, fast forward a few years to a Titanic survivors meeting in Hamilton, Ontario, and this is where I start to lose it. A young Scotsman, one of only six people taken alive from the water, stood to his feet to tell his story. "I am a survivor of the Titanic. When I was drifting alone on a spar that awful night, the tide brought Mr. John Harper of Glasgow, also on a piece of wreck near me. He asked, 'Man, are you saved?' I replied, 'No, I am not.' 'Then believe on the Lord Jesus Christ and thou shalt be saved,' he said."

The story didn't end there. He went on, "The waves bore him away; but strange to say brought him back a little later, and he said, 'Are you saved now?' And I said, 'No, I cannot honestly say I am.' Once more, John said, 'Believe on the Lord Jesus Christ and thou shalt be saved.' Shortly after, he went down. And there, alone in the night, (This survivor said.) and with two miles of water under me, I believed in the Lord Jesus Christ. I am John Harper's last convert." Boy, that is so powerful!

John Harper knew that wherever he was, in his hometown, on an ocean voyage, in the middle of a stunning tragedy, facing death, he was always as it says in our word for today from the Word of God, 2 Corinthians 5:20, "Christ's ambassador, imploring people on Christ's behalf: Be reconciled to God."

Now, what about me? Do I understand that my position, my situation, is my rescue assignment; that circumstances are just God's tool to position me to help some people go to heaven?

This "angel of the Titanic," as some have called him, did what all rescuers do. He abandoned himself to save others. How many times has thinking about myself kept me from speaking to someone about Jesus?

Because in a sense, we're all passengers on a ship that's going down. And those of us who've been saved by Jesus know how the people around us can be saved. And if we tell them, as John Harper did. For them, "It will be beautiful in the morning."