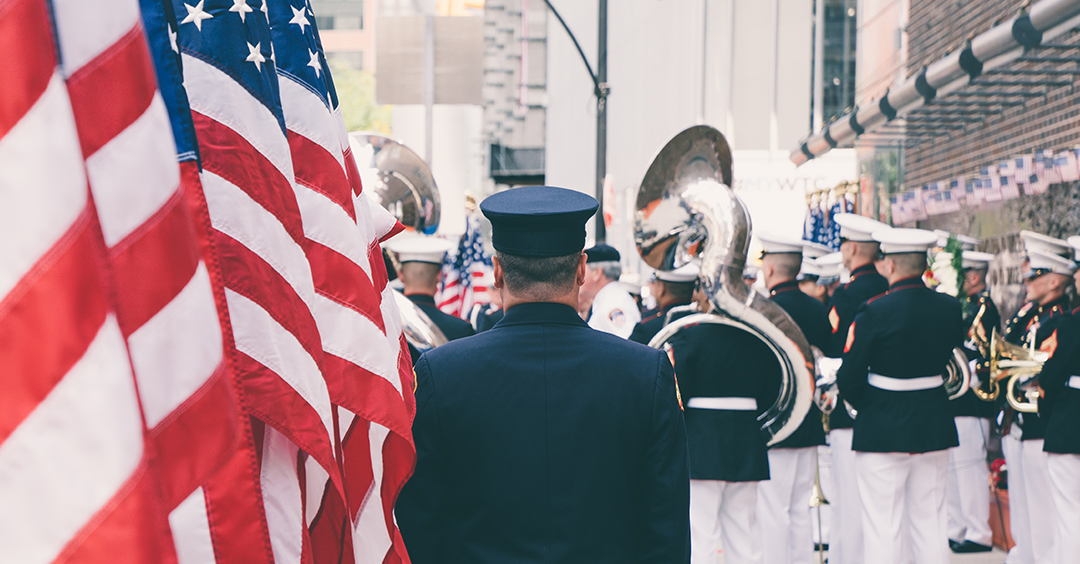 I had already been feeling some of the residual sadness of another September 11th in America, and then the headlines screamed out that there had been another 9/11 tragedy. Maybe you remember the deaths of an American ambassador and three of his staff, killed - as they often say about police officers or soldiers – in the line of duty.

It seemed like the man that we lost was the kind of person that we want representing our country. I remember what they said about him. He was proficient in the language, he was out among the people, he was building relationships, taking risks so folks could be free. I mean, that's what you call an ambassador.

I'm Ron Hutchcraft and I'd like to have A Word With You today about "A Heroic Ambassador."

Now, with that word "ambassador" in the news occasionally, I keep thinking, "You know, I'm one, too." Just like every one of us who belongs to Jesus. I mean, it's right there in black-and-white in our word for today from the Word of God. It's in 2 Corinthians 5:20 - "We are Christ's ambassadors."

Now, that news flash that we heard about that ambassador several years ago was a vivid reminder of exactly what the title ambassador means. An ambassador is appointed by the highest authority there is (in this case, the President of the United States) to represent him in a specific place. Sometimes that requires risks, sometimes sacrifice.

So, along with all my spiritual brothers and sisters, I've been assigned by the highest Authority in the universe to represent Him wherever He places me. That makes the Jesus-follower the most important person in any room, whether anyone recognizes it or not, because he or she is that representative of Heaven.

That means I must act like Jesus, I need to respond like Jesus, no matter what my circumstances; no matter how I'm getting treated. There's no excuse for losing my temper, or being harsh, or compromising my integrity, or acting selfish, or flirting with sin, being too busy for people who need me, because Jesus has staked His reputation on His ambassador. He literally says I am where He's put me - here are the words - "on Christ's behalf" (2 Corinthians 5:20).

Now, I can't stay cloistered in the "embassy." I mean, I guess that would be the church. I have to do what my Master did – go outside the walls to meet people where they are. Ambassadors succeed or fail depending on how well they build relationships with the people where they're assigned. Well, no true ambassador could be content just to hang out with those of their own spiritual "country." We've got to be intentional, passionate, about building some authentic relationships with the people who need our Jesus.

I need to remember, too, that an ambassador's job is to fully and accurately deliver the message of the one who sent him. Now, for a Jesus-ambassador that message is clear. 1 Corinthians 2:2 - "Nothing except Jesus Christ and Him crucified." So our message needs to be uncluttered by politics, my church, my religion, my personal hobby-horses, culture issues, or attacking lifestyles. It's just Jesus and His cross. A message so eternally important that it needs to be delivered, not in my churchy "Christianese" language, but in the non-religious language of the people that I'm there to reach.

And, yes, there is risk involved. Just ask Jesus, the original and ultimate Ambassador of Heaven. He gave His life in exchange for mine. So I'm supposed to get off cheap? My fear of losing someone for eternity has to trump my fear of whatever I think I'll lose by speaking up for Jesus.

I can't let the spinning gerbil wheel of an overstuffed life make me forget who I am. I'm on assignment from Heaven to help other people go there.