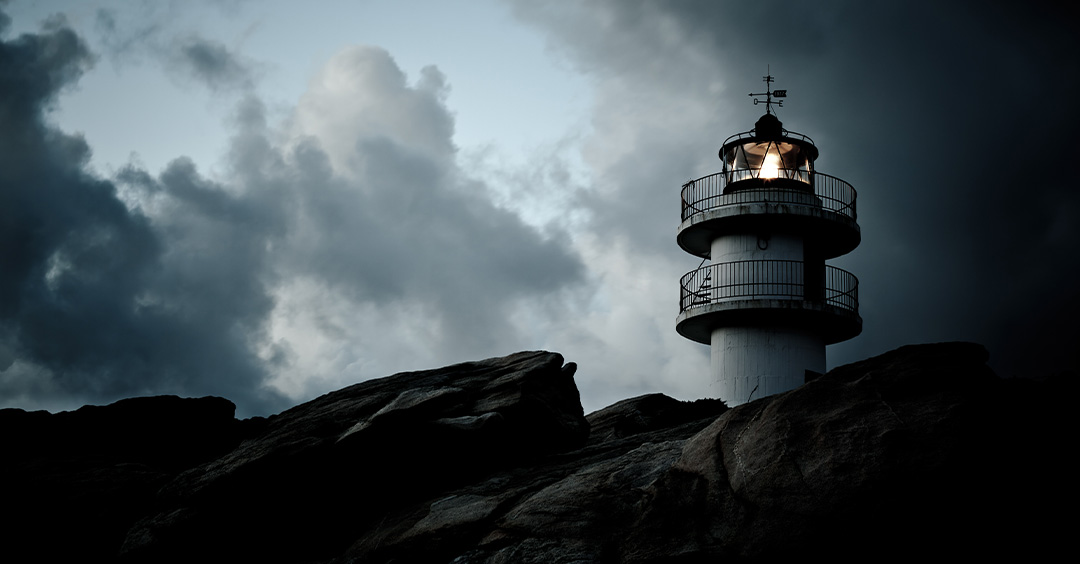 I'm Ron Hutchcraft and I want to have A Word With You today about "Why You Can't Afford to Drift."

Now, to put you and me in this picture, and believe me we're in it, we have to go to our word for today from the Word of God. In Matthew 5:16-18, Jesus tells us: "You are the light of the world. A city on a hill cannot be hidden. Neither do people light a lamp and put it under a bowl. Instead they put it on its stand, and it gives light to everyone in the house. In the same way, let your light shine before men, that they may see your good deeds and praise your Father in heaven."

Now, you don't have to be a great theologian to get this message. If you belong to Jesus, you are a light for the people around you. Maybe it's really dark where you're the light. Well, that's OK. The darker the darkness gets, the more the light shows up. And it only takes a little light to make a big difference in a dark room. Now, here's the problem: if the light starts drifting, all the people who are watching your light will drift with you - possibly to disaster.

See, whether or not you realize it, there are people watching your light. Oh, maybe it's your child, your coworkers, a Christian brother or sister. It might be some family members, folks you minister with. And for any person in your world who does not have a personal relationship with Jesus Christ, you are the lighthouse or the lightship that may be their only hope of finding their way to heaven. If the light fails, if the light drifts, they will sail right into an eternity you don't even want to think about.

For the sake of the people who are watching your light, you can't afford to drift into negativity, or criticism, or cynicism, or some rebellious attitude. They will follow you there. If you drift into selfishness, or carelessness about what you look at or listen to. If you drift into gossip, or discouragement, or compromise, it won't be just you going there. No, you're affecting other people's course every day. Don't lead them toward the rocks. You've got to hold your position. You're the light!

Maybe you've been covering up your light where you are. You never tell anyone what you know about Jesus Christ. Or maybe you've turned off your light by doing things that actually discredit your Jesus to those who are basing their opinion of Him on you. Paul said to one group, "God's name is blasphemed among the Gentiles (that's the unbelievers) because of you." (Romans 2:24) Don't let that be you. Don't be a reason that someone doesn't come to Jesus because of the contradictions in your life.

A drifting light could cost lives. If you go off on a little detour or take a timeout, you will drag others along with you. You are the light! Stay anchored in Jesus, and never stop pointing people to Him!