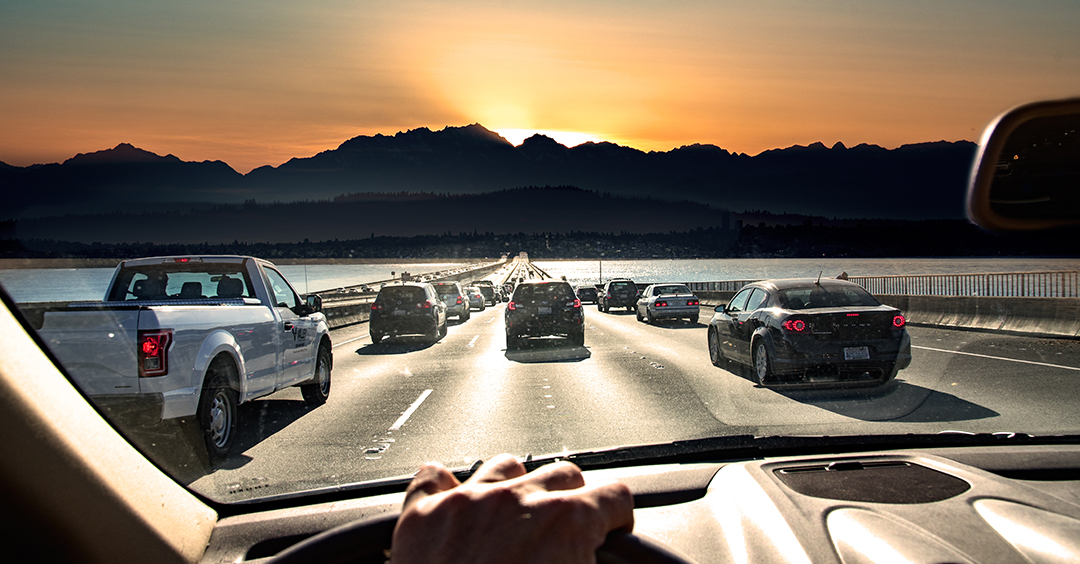 There's this two-lane highway that's a main link between communities. And when they had to close one lane for a short-term road project, it created some delays for all of us tremendously patient people. It was one of those projects where one flagger stops the traffic in one lane while another flagger allows the traffic for the other lane to proceed. All day long, open your lane, close your lane, open your lane, close your lane. They had a car with a "pilot car" sign on it that led the proceeding traffic to the end of the one-lane area. Then the pilot of the pilot car (How you doing with all this?) got to turn around and drive back with the traffic following him from the other side. That's got to be exciting work! One lady apparently was short on patience that day. Oh, she waited until her lane was open and the pilot car came. She happened to be the first in line, but her patience ended as soon as she started to follow the pilot car. She decided to floor it and pass the pilot car. Bad idea! She crashed right into their heavy equipment.

I'm Ron Hutchcraft and I want to have A Word With You today about "When God's Moving Too Slow."

Running ahead of the one you're supposed to be following can lead to a crash. Just ask Moses. He ran ahead of the Pilot - Jehovah God - and the results were not happy. We need to look at his mistake because there's got to be someone listening who's in the process of repeating that mistake. I can save you, I think, a lot of hurt and heartache if you'll look for yourself in our word for today from the Word of God.

Acts 7, beginning with verse 23, unfolds the story from a New Testament perspective. Moses' people, the Jews, had been slaves to the Egyptian Pharaohs for many years. God had miraculously spared Moses as a baby and arranged for him to be raised in Pharaoh's court. The story picks up there. "When Moses was forty years old, he decided to visit his fellow Israelites." That day he witnessed a Jewish worker being mistreated by an Egyptian master. And the Bible says, "He went to his defense ... by killing the Egyptian."

The Bible goes on to explain, "Moses thought that his own people would realize that God was using him to rescue them, but they did not." Ultimately, Moses had to flee to a remote wilderness where he spent the next 40 years, until it was God's time for him to deliver his people. What had been so wrong 40 years before, was so right when it was God's plan and God's time.

Moses had the right idea. He was supposed to deliver his people, but he couldn't wait for God to do it His way. How many times have I made that mistake? How many times have you? Like Moses, we get impatient and we run ahead of the "pilot car" - the leading of our Lord. And like Moses, the results a crash.

There's something you've been waiting for God to do; to give you that person, that job, some financial relief, some love, some work for Him. And it's not happening. You're going to help God a little bit. You're going to figure out your own way to meet the need, to get it done now. You're tempted to pass Him because He's moving too slowly. Don't. You'll ruin it by trying to rush it. You'll get the bill for your impatience instead of the will of God.

There may be nothing that has cost more people God's best than impatience. We move so fast, we push so hard, we push right past God. He will, as He promised, make everything beautiful "in its time" (Ecclesiastes 3:11). And it's not time yet.

If you're tired of waiting and you're revving your engine, ready to pass God's "pilot car," get your foot off the accelerator. You're about to ruin the beautiful thing God's putting together by running ahead of Him.