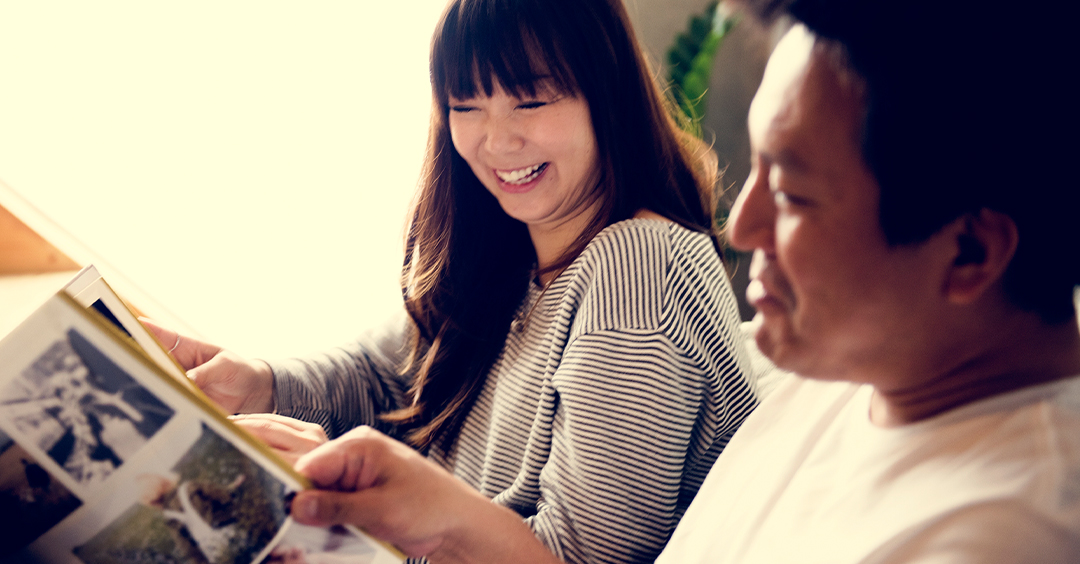 My daughter's college French class finished early one day, so she pulled out all her pictures for some strange reason. And there was her senior picture. Well, as her Father, my opinion was, "She's beautiful, she's radiant." But then a lot of other people said that about her too.

And then there was her 7th grade picture, with her hair parted down the middle and pulled back, big glasses, braces. Apparently the guy next to her was pretty outspoken. He said, "Man! How ugly!" (Guys are great aren't they?) She said, "Well, that's okay. I don't mind, as long as it's not that way now."

And he said, "Oh, no way! Are you kidding?" And then they took the pictures up to their French teacher to see. And she looked at the 7th grade picture and said, "Hum..." Then the 8th grade picture and said, "Well, I see some progress." And then she compared 7th grade to my daughter's senior picture. And in French she said, "What a miracle!" Well, caterpillars do grow up to be butterflies. And, it's always a miracle.

I'm Ron Hutchcraft and I want to have A Word With You today about "Wait Til You See Your Senior Picture."

Our word for today from the Word of God is found in Philippians 1, and I'm reading verse 6. Before we do, let's get something straight. We're talking about your development and caterpillars becoming butterflies, but we're not talking so much physical here, though you may need to be patient until you get through that caterpillar stage. But you may feel like you're in one of those stages right now.

Let's take a look at the big picture of who you're becoming as a total person. Here's the verse: "Being confident of this, that He who began a good work in you will carry it on to completion until the day of Christ Jesus." In other words, God's started something in you, and you're going to love the finished product. But on the way to our, shall we say, senior picture, where we're going to look beautiful, there might be some braces, some awkward stages, some blemishes, some ugly moments. Maybe you feel like you're in there right now, wondering if it's always going to be like this.

Well, Philippians 1:6 says, "No, it won't!" God has started something. There's an active, dynamic process going on, and you won't always be in 7th grade. You won't always act like this. You won't always be like this, because He isn't finished with you yet. We certainly wouldn't judge Leonardo da Vinci on a half-finished Mona Lisa would we? You say, "Well, that doesn't look too good." Wait till He's done.

Right now maybe you're discouraged by the stage you're in. You're very aware of what you aren't, of your faults, failures, your fears, your inadequacies. And maybe you're not getting a lot of affirmation and appreciation right now, maybe not getting much attention. It's a tough time, but you won't be like this forever. This is a stage on your way to being a beautiful total person. He's promised He will carry His process on to completion. It's like 7th grade in my daughter's life. It's a station, not a destination.

You're in a station right now, but God's taking you on to something more beautiful. Don't give up, don't quit trying, don't start withdrawing because you don't like the way it looks now. Focus on your Creator, because He only does masterpieces.

Oh, and while you're at it, focus on other people. There are some people around you who need your encouragement, need your smile, need you to care. If your eyes are on what you are, you'll be discouraged. If your eyes are on what you're becoming, you'll have hope with anticipation. When you and all the people you know see God's finished product, God's senior picture of you, you will testify together, "What a miracle!"