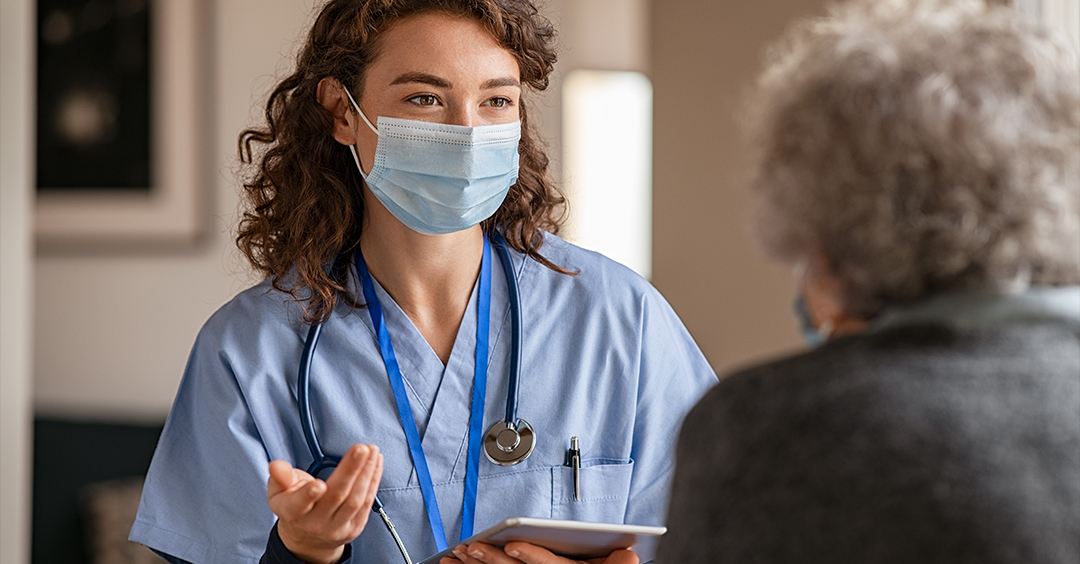 I got to thinking there was something wrong with my nose! Because every couple of months it develops this tender spot on the inside, and that was okay, because only I knew that. But when the outside started to swell and turn to some not so beautiful shades of red, well, then everybody knew. Those were the days I was glad I'm on radio instead of television. So it seemed like a few days a year I get to look like Rudolph, whether it's Christmas or not. I went to the doctor with it, and I said, "Doctor, this is ugly. What will I do?" He said, "Well, you know, there might be an infection in there." Well, that's probably more information than you want, but I'm going somewhere with this, so stick with me. He prescribed an appropriate antibiotic. Sure enough, if I took that antibiotic when that first tenderness started to come along, it stopped the flare-up. So, what other people could see on the outside, well, that wasn't my real problem.

I'm Ron Hutchcraft and I want to have A Word With You today about "Treating the Real Problem."

Enough about my nose. Let's go to our word for today from the Word of God. It comes from John 4, and I'm going to be reading verses 13 and 14. You might remember that John 4 deals with Jesus meeting at a well with a very immoral woman from a Samaritan village. She's come to draw water that day, she's had several husbands; she is now living with a guy. And the fact that she has to come for her water at noon...well, see, usually all the other women came early in the morning when it was cool. She comes with this heavy water pot at noontime, probably indicating she was not considered the best company everybody wanted to be seen with. She had to kind of hang out alone. I don't think she was respected in her community. I can only imagine the names they called her in that village.

Well, here's how Jesus handles the situation. "Everyone," He says, "who drinks this water will be thirsty again, but whoever drinks the water I give him will never thirst. Indeed, the water I give him will become in him a spring of water welling up to eternal life." He promises here an eternal spiritual fulfillment. "The woman said to Him, 'Sir, give me this water so that I won't get thirsty again."

This woman's merry-go-round of short-lived relationships with men was actually a symptom of a deep soul thirst. Until that thirst was quenched by spiritual peace, she'd keep going to one relationship well after another. Now, our Lord is modeling here an important principle in dealing with people's problems. Look beyond the deeds - her immorality, to the needs - the emptiness inside.

Maybe you've got someone in your life whose actions are a deep concern to you right now, maybe even an aggravation. There's a tendency to look at that family member, or friend, or coworker, person at church and say, "Problem!" But if you look through Jesus' eyes you know what you'll say? "Need!" You realize the deeds won't change until the needs are met. Is that person acting out some deep wounds from years ago or a need for approval, maybe just a very frightened insecurity? Maybe they're trying to fill a hole left by someone whose love they needed but they never got, or maybe love they lost, or they were betrayed. Behind the actions is a wound.

What you see on the outside? That's probably not the real problem. Don't attack the deeds, but go after the needs. Don't attack that flare-up on the surface. No, with the power and insight of Jesus, treat the infection that's on the inside.