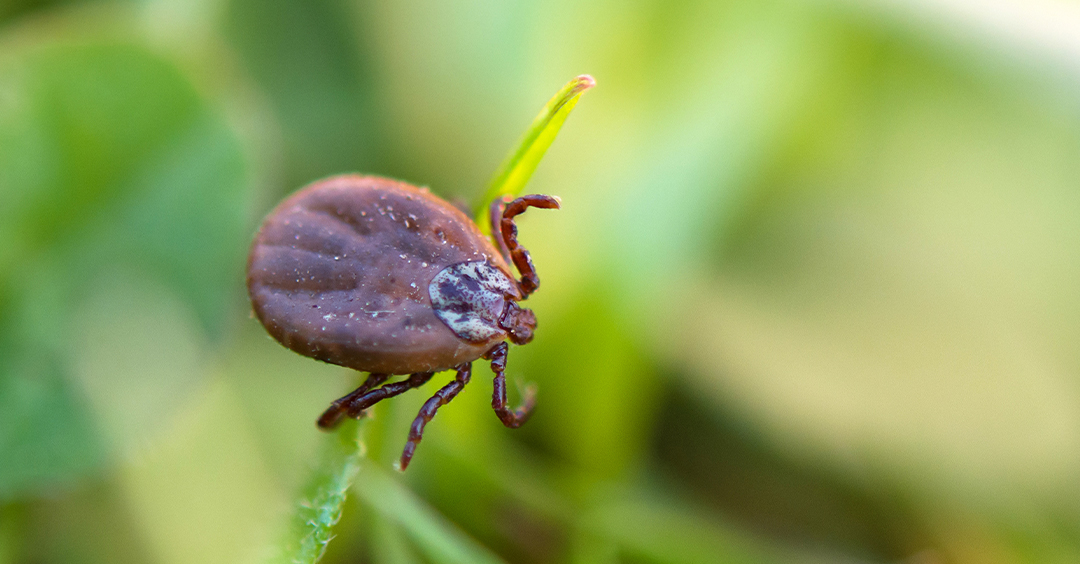 One of our team members got pretty sick. Linda first developed a high fever, then muscular pain, and then these excruciating headaches. It actually took several tests to uncover what had caused her debilitating symptoms, but the doctor finally concluded she'd contracted Lyme Disease, which of course is carried by little deer ticks. And as Linda thought back, she remembered noticing a big red bite on her body a couple of months before. It occurred to her that it might have been a tick, but you know, she didn't think much about it...until now.

I'm Ron Hutchcraft and I want to have A Word With You today about "Tick Bites."

Linda recovered from her extreme symptoms, but I think she'd be feeling the effects of what that tick did for months, maybe years to come. One stupid little tick - all these problems. You have to check for those little things that can hurt you for a long time, and you need to get rid of them quickly.

Actually, you need to do that spiritually, too. Because there are "little ticks" that we get bitten with that can, if they're not removed quickly, cause us more pain and more problems than we could ever imagine. Small invasion - major damage. There's an enlightening example of that in Hebrews 12:15, our word for today from the Word of God. In this case, the "bite" is something that makes us have some hard feelings toward another person - something we all go through. And Scripture warns us, "See to it that no one misses the grace of God and that no bitter root grows up to cause trouble and defile many."

Bitterness and resentment always begin with, well, this little root. But bitterness never stays a little root. It keeps growing into a poisonous plant that ends up hurting us and hurting others. A root of bitterness has destroyed marriages, churches, friendships, and ministries because it wasn't pulled up when it was small. Because the tick wasn't removed immediately after it entered someone's system.

The principle of dealing with sinful urges while they're small applies to so many things in our life. Like a sexual fantasy or fascination. You have to, as the Bible says, "Flee youthful lusts" (2 Timothy 2:22), which by the way, aren't just a problem for youths! If you dwell on that wrong thought, that lustful attraction, it will quickly lead you where you never meant to go. You've got to yank it off the stage in your mind the second it shows up there, or it will embed itself in your mind like a tick and do damage you never imagined.

You have to get out of a wrong relationship sooner rather than later. You're going to be less likely to do the right thing the more time passes. It will never be easier to do it than now. When you start feeling the pull of an old weakness, respond immediately by running, not walking, the other direction. That urge to hurt back, to get even, to brood over a wound; those are all "ticks" that, if you let them get under your skin, they'll cause problems bigger than you ever thought for much longer than you ever imagined.

When the urge to respond sinfully bites you, you can't just let it go. You have to quickly and aggressively get rid of a spiritual "tick." It may seem like "no big deal" right now. But if you don't deal with it now, it will do damage that will hurt you for a long, long time.