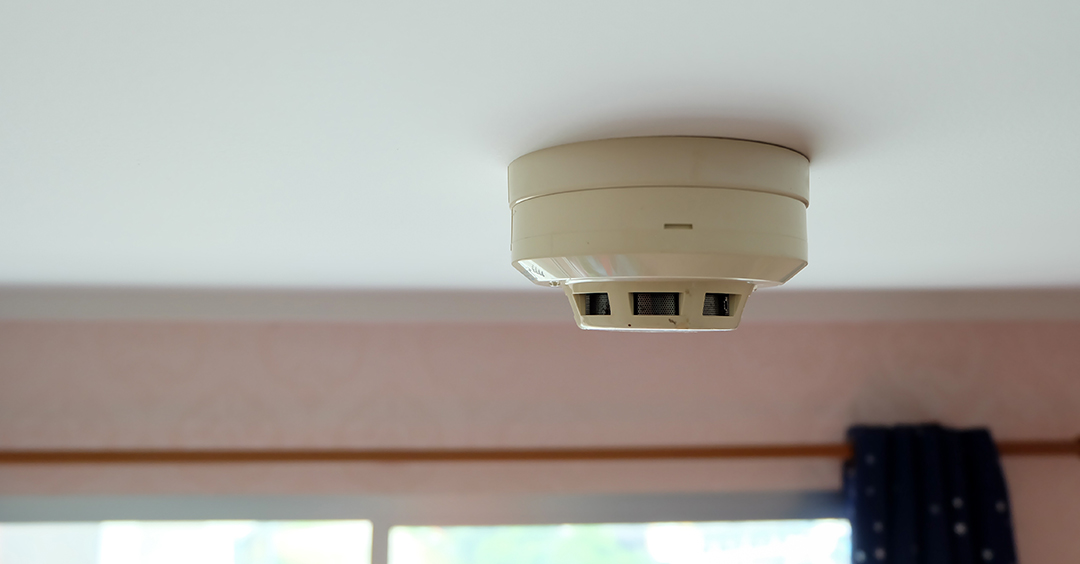 You see them in motel rooms, most public buildings, and you should see them on the ceilings in your house - smoke detectors. Those little plastic monitoring devices that sound an obnoxious alarm when there's smoke in the room. Just ask me; I proved it the day I left my English muffin in the toaster oven too long. The smoke detector did its job; a job that can actually save lives. You want an alarm to go off when there's smoke in your house, especially if it's warning you about something that could do major damage.

I'm Ron Hutchcraft and I want to have A Word With You today about "The Truth Alarm."

Years ago, I asked God to install a spiritual smoke detector in my heart - one that would actually go off inside me whenever I was saying something that was less than the truth. I think we all need an inner alarm like that, because lies do so much damage if you don't put them out right away.

We tend to think of lying maybe as a "lesser" sin. God doesn't. No, listen to what He says in Proverbs 6, beginning with verse 16. It's our word for today from the Word of God. "There are six things the Lord hates, seven that are detestable to Him." What follows is God's hate list. Only one sin is mentioned twice in His hate list: "a lying tongue" and "a false witness that pours out lies." See, that lie you tell? That's serious business. You're messing with something God detests.

We even tend to lie to ourselves about the fact that we are lying! We're just "exaggerating" or it's only a "white lie," whatever that is. But in God's book, you're lying whenever you're intending to deceive someone or mislead them. That's why we need to ask God for that inner alarm that reminds us that we're saying something, or we're about to say something, that is less than what God knows to be true.

Lying is so common that we can do it with little guilt or remorse. We lie to get ahead, we lie to get our way, we lie to get even, we lie to get out of a jam. The reason doesn't matter. God hates it. And He clearly commands: "Each of you must put off falsehood and speak truthfully to his neighbor" (Ephesians 4:25).

Deceiving, lying, distorting the truth - it starts a spiritual fire that can do so much damage and actually end up consuming you. But inside you lives the Holy Spirit of Almighty God who Jesus called "the Spirit of truth" (John 15:26), and He is your inner alarm system to let you know when you've crossed from what's real into what's false. Ask Him to ring it loud when you're about to let something less than the truth cross your lips. We've become desensitized to lying. We need God Himself to awaken our calloused conscience and defy our rationalizations, and not let us get away with anything less than the truth.