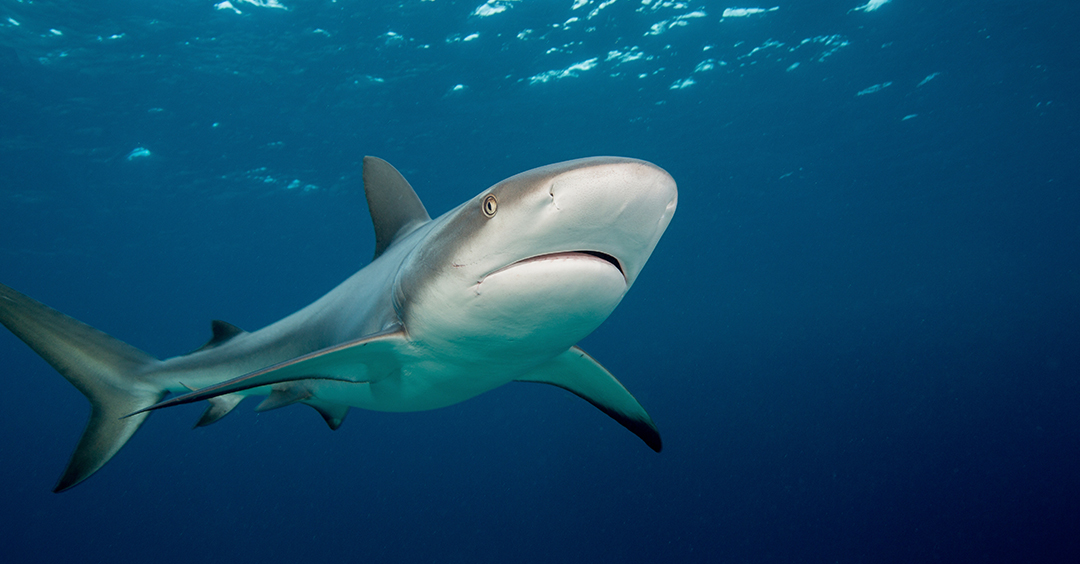 In the past, there was a series of movies that kind of made one four-letter word come to strike terror in the human heart. Just think how you feel when I say this word - Jaws.

It's not the kind that involves an orthodontist, no. If you've been around, listen, you've known, probably from the movies, it's the jaws of that terrorist of the sea - the shark! Now, I hate to be critical, but these are pretty nasty fellows. And consider what attracts a shark - blood. Isn't that nice? When someone's wounded, they move in for the kill. Where there's bleeding, there are sharks. And they're not all in the ocean.

I'm Ron Hutchcraft, and I want to have A Word With You today about "The Shark Syndrome."

Today we're talking about wounds; about people who hurt you; about tense relationships and some healing wisdom from the Scriptures. Proverbs 17:9, our Word for today from the Word of God, has some really down-home wisdom. Listen to this: "He who covers an offense promotes love. But whoever repeats the matter separates close friends." You say, "Whoa, whoa! Where was that? I didn't know it was going to be that good." Yeah, it's Proverbs 17:9 and it talks about two approaches when there's a wound.

One is to repeat the matter. The other is to cover the offense. Now, in shark talk, you can pounce on the offense, or you can swim on by. Depending on which one you do, there are two outcomes. If you pounce on that hurt, you pounce on that wound, that problem, that hurt that's been inflicted on you, well then; it says there's going to be separated friends. If you choose to overlook it, it talks about love being promoted. And it all depends on whether you want to be an overlooker or a score keeper.

See, if you love someone, you can swim by all kinds of hurts and problems. You say, "Well, yeah, I love him. I can forget it." If you don't love someone, you don't forget anything that they do wrong. You're a list keeper, you're a score keeper. You've got a black list, and it's in indelible ink. You'll remember. You'll replay every infraction. And you know what? That's how marriages discentegrate, that's how parents and children come apart, that's how friendships are ruined, that's how working relationships end up being enemies. That's how churches split.

Christ's love is not just some sticky, sweet emotional syrupy thing. It's really practical. Without it, we become selective recorders, recording the data that proves that a person is as bad as we thought - recording the wounds. But real love? Well, it lets all kinds of hurts go. And if you let it go, it won't grow. If you don't let it go, it will grow, and it will grow into that root of bitterness the Bible says that "will defile many and cause trouble" (Hebrews 12:15).

There might be a relationship of yours right now that is suffering from your uh... shall we say overly efficient memory. You've been remembering, storing it up, adding up offenses, keeping score, attacking where there's a wound. 1 Corinthians 13 says that "Love God's style keeps no record of offenses."

Here's a good prayer for today, "Dear Lord, help me and teach me to be an overlooker." Don't add up the hurts and the wounds and pounce on them. Let it go! Who needs any more sharks anyway? Swim on by.